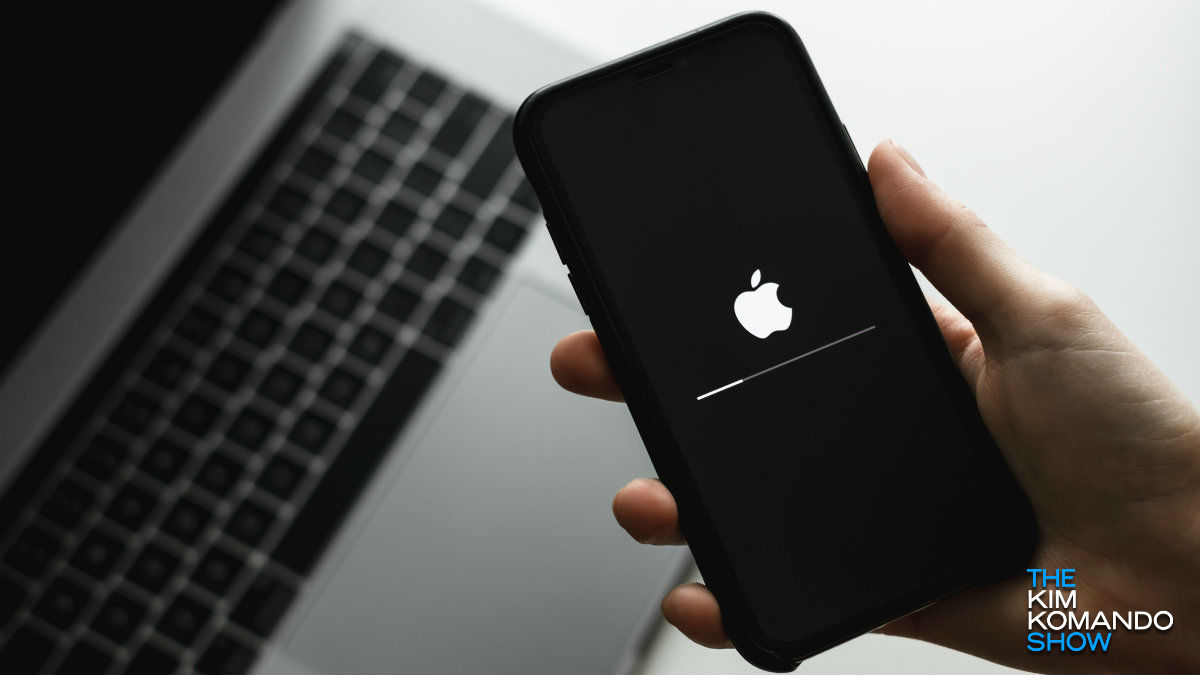 Now that fall is right around the corner, Apple fans have a lot to look forward to. Despite the COVID-19 pandemic, a new iPhone is still on the way — as well as a plethora of new features and software updates in iOS 14, Apple’s upcoming release.

Unlike several previous updates, iOS 14 is emphasizing something that nearly everybody is worried about these days: privacy. Between a feature that alerts you when your mic is in use and options to prevent apps from tracking you, this latest update should be eye-opening for anyone in the dark about data collection. Tap or click here to see what iOS 14 can tell you about your camera.

If you’re curious as to what’s in store for you in iOS 14, you won’t believe all the privacy options you’ll have at your fingertips. Here’s a quick rundown of some of the update’s biggest privacy boosts, as well as what they mean for your data going forward.

With iOS 14, you can kick ad trackers and more to the curb

Apple’s iOS 14 is set to launch this fall, and it’s bringing a boatload of new features and options with it. Rumored to be debuting with the highly-anticipated iPhone 12, the new operating system has been met with positive reception from both the press and beta testers alike. Tap or click here for a sneak preview of iOS 14 from WWDC 2020.

The main reason these testers are happy? Why, it’s all of the privacy options that Apple is giving us, of course. In fact, many early adopters of iOS 14 were stunned to learn just how much data was being collected from them. There was even an incident where a tester found Instagram was turning his camera on without him knowing. Tap or click here to see how it unfolded.

Eager to see what your privacy options are with Apple’s latest update? Here are some of the features that beta testers have had a chance to play around with.

Ever worry that your phone picked up something you said? Thanks to 2019’s privacy incident where Apple was caught transcribing audio captured by Siri, this is a real concern to have. Tap or click here to see Apple’s reaction to the news of Siri’s transcriptions.

But now you don’t have to wonder if your iPhone’s microphone is recording you or not thanks to a new feature in iOS 14. When your phone’s microphone is on (or was recently accessed), a small orange dot will appear in the upper-right hand corner of the screen to alert you. But that’s not all — you’ll also see a green dot in the same area if your camera is (or was recently) recording.

Now you’ll be able to know exactly which apps are making use of these critical parts of your phone. If you see apps that shouldn’t be using your camera or microphone doing so, you’ll be able to make the judgment call to delete them.

Ad tracking is part and parcel of using the web today, but Apple has different ideas about how the web should work on its devices. As a part of iOS 14, Apple will now attempt to block ad trackers by default. This will help prevent you from having your data collected and seeing targeted advertisements in various parts of the internet.

If you do want personalized ads, however, Apple does give you the option to opt-in through the Settings menu.

Privacy reports from Safari and the iOS App store

Both Safari and the iOS App Store are eager to show you how your data is being accessed. Now, you’ll be able to run reports on your web sessions and see previews of each app’s data collection practices before you download it.

In tandem with the new ad-tracking policy above, the new Privacy Report feature will show you how many trackers have been blocked, as well as websites you visit that use trackers. Safari will also keep a lookout for any of your saved passwords by cross-referencing them with known leaked databases.

The iOS App Store, on the other hand, will now give you a privacy lesson before you even download an app in the first place. As part of an app’s preview on the store, you can now see a privacy report that tells you all the data it collects when installed. Just like a nutrition label on a candy bar, you might think twice about getting it once you see what’s inside.

You don’t have to share your real location anymore

This one is really handy. Previously, if you used location services, you had to pinpoint your exact coordinates to whatever app you used. While this could be useful for navigation, it can also present a security issue for those who’d prefer to keep their whereabouts private.

But iOS 14 doesn’t even need to know your exact coordinates anymore to function. Instead, you’ll have the option to opt-out of “precise location sharing” and can provide an approximate location instead. This means your location will be pulled from the general area where you are, but not specify exactly where you’re standing.

It’s a small difference in the grand scheme of things, but it can be a lifesaver when your privacy is on the line. Just make sure to turn the option back on if you’re ordering an Uber. Otherwise, your driver might have some trouble finding you.

Not so fast: Apple delays the feature everyone is excited about

Despite the fact that beta testers have gotten to block ad trackers during their time with iOS 14, the general public will sadly have to wait just a little bit longer. According to a new update posted to Apple’s developer website, the company announced that iOS 14’s feature that blocks ad tracking will not be present in the intial release.

The extra time, the company claims, will give advertisers and other data entities more time to comply with the changes. At the same time, it’s also pushing back the upcoming Privacy Report feature for iOS App Store downloads. Once again, this gives developers some much-needed time to prepare their reports for debut later on.

As for when these features are supposed to launch, Apple hasn’t set a specific date just yet. But the company has alluded in its communications with media outlets that these new privacy features are indeed coming — and should be available on all devices as early as the beginning of 2021.

And to think, we’ll already have a new iPhone by then, too.

Want to know what’s coming in the new iPhone 12? Tap or click here to find out.