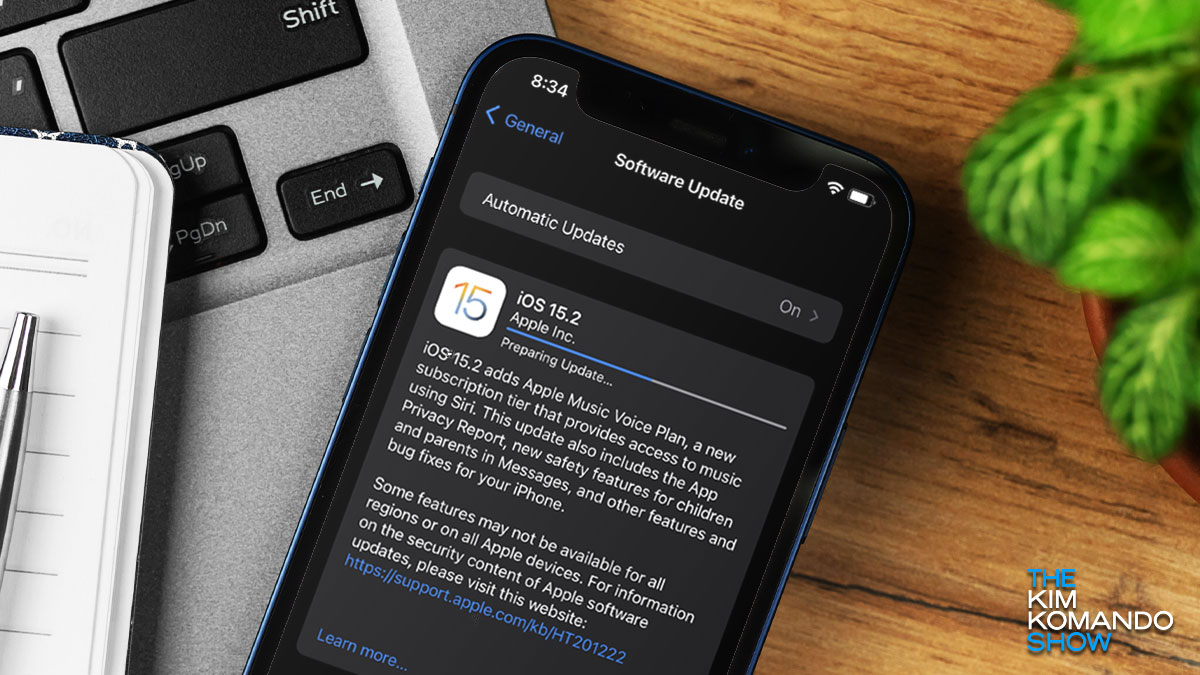 Apple started to roll out the latest iOS update this week, which adds a few tweaks. In what will probably be the last update for the year, it covers a few important aspects of privacy and security. Everyone in the family using Apple gadgets? Here’s a smart way to save money.

The previous iOS update (iOS 15.1) added SharePlay, the ability to capture ProRes video using iPhone 13 Pro and screen sharing for FaceTime. It also included a feature that most iOS users wanted, the ability to store a COVID-19 vaccination card in Apple Wallet.

This time around though, the update is more focused on privacy. Read on for what you’ll get in the latest release.

Knowing which apps have access to your location or photos can be incredibly helpful to protect privacy. And that is exactly what the App Privacy Report is all about.

The new function tells you how often apps have accessed your location, microphone, photos and their network activity. It can be found by tapping on Settings, Privacy, then App Privacy Report.

This can be a sensitive subject, but what happens to your phone and accounts when you die? The new Digital Legacy Program in iOS 15.2 aims to make that a bit easier.

The program allows you to designate people as Legacy Contacts so they can access your iCloud account and personal information in the event of your death. Note: Selected contacts need to have a special access code and a copy of the death certificate.

The Voice Plan is a new subscription tier for Apple Music. It gives you access to all the songs, playlists, and stations on Apple Music. And you can access them by using Siri. “Just Ask Siri” will suggest music based on your tastes, while “Play it Again” shows you a list of recently played music.

The operating system update also comes with several privacy settings aimed at children. If an iOS device is designated as being used by a minor, a warning will be displayed in Messages when photos of nudity are sent or received.

The warnings will also contain resources that children can access to make better choices. Tap or click here to read more on this feature.

When you take your iOS device in for repairs, how sure can you be that the technicians fitted genuine Apple parts? With the new parts and service history feature in iOS 15.2, you can see just that.

By going into the settings, it will tell you if there are genuine Apple parts in your device after a repair or service. You can also do this for any component by tapping on Settings, General, then About.

How to update your phone

The latest features are bundled with several security patches as well, so it is important for you to update your phone as soon as possible. Here’s how to update iOS:

Compared to, say Windows updates, Apple’s operating system updates are relatively reliable. An upgrade to a new operating system — like the change from iOS 14 to iOS 15 — always has a few hiccups, but you can generally update to the latest version without experiencing major issues.

✅ The new App Privacy Report is really worth looking through. Check how often the apps on your phone access your camera, your microphone, your photos and all the rest. You might be in for a surprise.

✅ The Digital Legacy Program is another must. It’s hard to think about all the digital loose ends that need to be tied when you pass, but it is necessary. Your Apple account isn’t the only one that needs sorting. Tap or click to decide who gets access to all your online accounts before you die.

How to make sure you don’t accidentally call 911

If your PC is running Windows 11, update now to fix a nasty slowdown bug