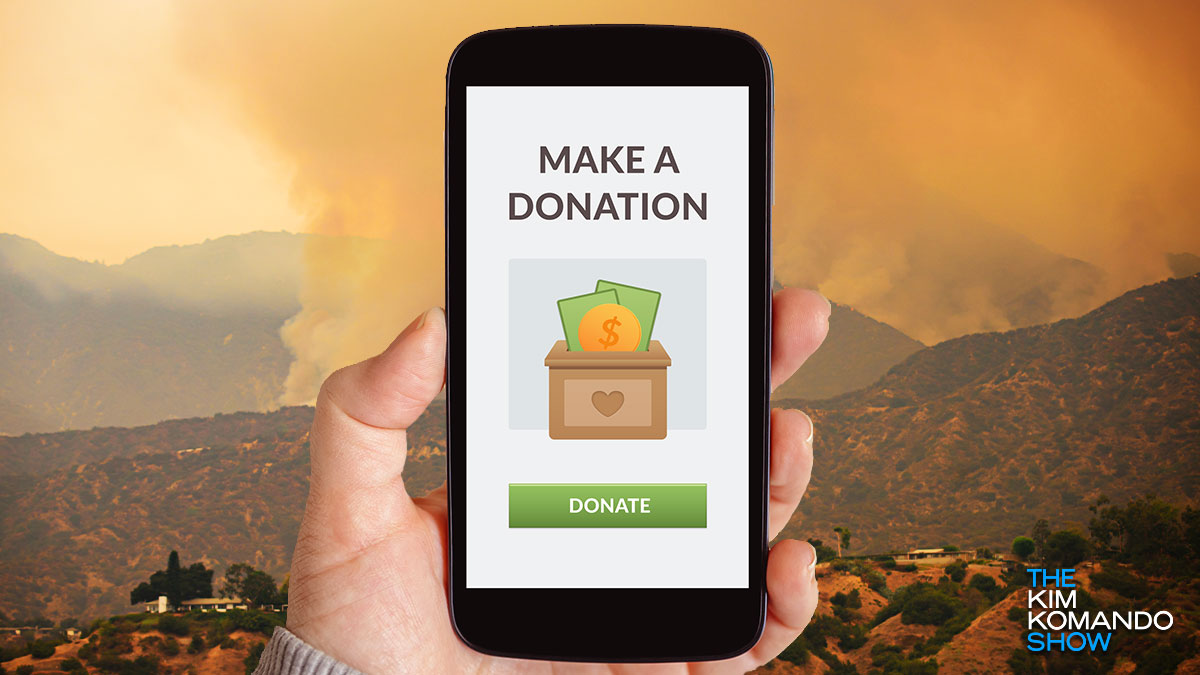 If you keep up with the news, you know there are tons of scams you should be on the lookout for. Those ne’er do well scammers always find a way to make people part with their pocketbooks. Some have even sunk so low as to use the COVID-19 pandemic as a ploy.

Now, the FTC is warning about a new tactic scammers are using to prey on the kindness of strangers during times of disaster. If you want to avoid becoming a victim, you’ll need to be on the lookout for these schemes and know how to handle the situation if, or when, you’re targeted. Let’s take a look.

We’re closing in on the end of 2020, and we’re happy to see it go. This year has been a mess. Wildfires are burning across the nation, hurricanes are devastating communities, there’s widespread civil unrest and the COVID-19 pandemic is causing chaos across the globe.

It hasn’t been all bad, though. This year has also gifted us with plenty of examples of people stepping up and helping each other out. Volunteers from all parts of the world have pitched in to help the vulnerable. Some people are offering to do grocery runs for elderly neighbors, others are giving friendship and support to isolated people, and many have been giving monetary support for charities and nonprofits.

Unfortunately, that kindness is being exploited by scammers, who are using fake charities to trick people into opening their wallets. According to the FTC, one of the main ways scammers get away with this is by using fake charities with names that sound similar to legitimate nonprofits to solicit donations.

One recent example involved a thief who used the “Black Lives Matter Foundation” to trick people into donating to the Black Lives Matter movement — but the two organizations weren’t associated. That scammer raked in millions of dollars in donations before getting caught.

Another group used sham charities to gather donations they said would help homeless veterans, retired and disabled law enforcement officers, breast cancer survivors and others in need. These sham organizations spent almost none of the donations on those in need, and donors were bilked out of millions of dollars before it was shut down.

There are tons of similar scams occurring as we speak. According to the FTC, these scams will become more prevalent as we approach the holiday season. People tend to donate more money to charity during the holidays, and this year, the holidays will overlap with several worldwide disasters, making it prime pickings for scammers.

How to avoid charity scams

You don’t want to end up a victim of these scams, so you need to do your best to avoid them. How do you do that? Let’s take a look.

Be wary of unsolicited requests to donate by email or phone.

Most fraudulent schemes start with unsolicited communication by the scammer, so if you’re contacted by someone claiming to be a representative of a charity, do your homework. Contact the charity directly to ensure the person is a volunteer of the organization and be sure to vet the nonprofit to make sure it’s legit.

Any charity or nonprofit worth its weight in salt will avoid using hard-sell tactics on potential donors. If you’re being pressured to donate immediately, your spidey senses should tingle. That’s a red flag that could signal scam.

You should also be on the lookout for charities with similar-but-different names that sound like legitimate nonprofits. That is a common tactic scammers use to trick you into thinking you’re donating to a reputable organization.

Use charity checker tools online to confirm that the organization is legitimate.

Before you send a dime to anyone, you need to make sure the money is going to be used for what you’re being told. There are search tools that can tell you if a charity is legitimate. The Better Business Bureau’s (BBB) Wise Giving Alliance, Charity Navigator, Charity Watch, or GuideStar are good resources for vetting charities.

Before you donate, the FTC says you should research the name of the organization or cause. To do this, just search their name online, along with the words “scam,” “fraud,” or “complaint.” If the results note multiple complaints about fraud or scams, be wary.

If you spot a fake charity or a scam, you can report it to the FTC at ftc.gov/complaint.