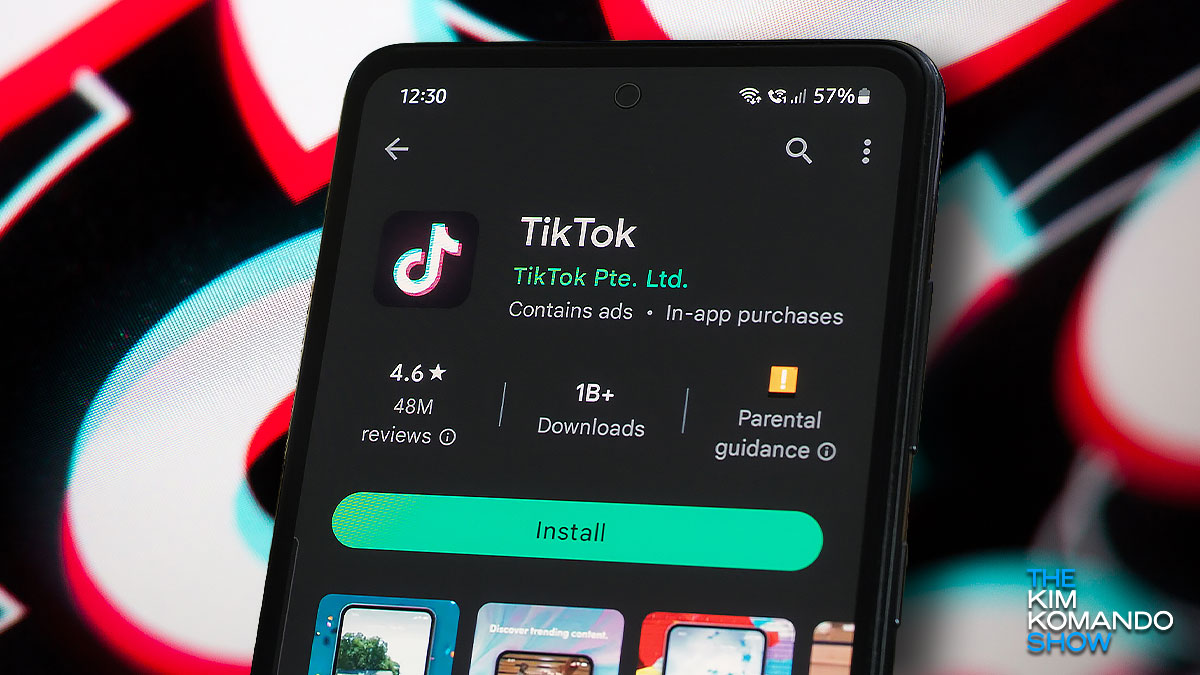 With Twitter dominating the social media headlines recently, problems with TikTok seem to be an afterthought. But the platform has too many issues to ignore. Tap or click here to find out how TikTok can record what you type.

The short-form video platform became popular when its parent company ByteDance acquired Musical.ly in 2017. But U.S. lawmakers have sounded the alarm about its lack of privacy and data collection for quite some time.

In fact, TikTok is banned from being used on many government-issued devices. If you insist on using it, take this one step now to do so safely.

TikTok has courted controversy on almost every front. Viral trends are regularly the focus of authorities warning people not to try, and its business practices have also been scrutinized. Who could forget the insane NyQuil chicken challenge? Tap or click here for a refresher.

Kim recently addressed the problem with TikTok on her show. She said, “TikTok is owned by communist China, and it gathers every user’s photos, contacts, locations, and pretty much anything you do on your phone, including your face and voice print. And who knows what China is doing with all that data?”

While technically owned by Chinese internet technology company ByteDance, a state-owned enterprise has a 1% stake, and a Chinese government official is on its board of directors. That has led many to question the Chinese government’s involvement in many surveillance claims.

Not willing to sit by and do nothing, the calls are growing for the federal government to ban TikTok outright in the U.S. It’s already banned on many government-issued devices, and more companies are following suit.

Many people have started to take notice of companies and government entities raising red flags over TikTok. But not enough, as the platform has over 1 billion monthly active users.

So what do you do if you want to keep using the service but don’t want your personal information leaking to the wrong people? Well, that is a tricky balance, but it can be done.

Our advice is to use an old mobile phone with very little else installed. You don’t even need a SIM card, as it only needs to connect to the internet. But the key is to ensure that there is no personal information on the device.

So instead of letting your old phone collect dust in a drawer, do a factory reset to remove all personally identifying information and then use it for apps like TikTok. As Kim explains, “Put it on a cheap or older smartphone or tablet. And use it only for that. No banking or business apps. No maps. Only TikTok.”

However, if you think it’s time for TikTok to go, deleting it from your primary phone is simple:

Here’s how to delete TikTok on an Android device:

Here’s how to remove it from Apple devices:

Here’s everything TikTok collects on you – Delete it now