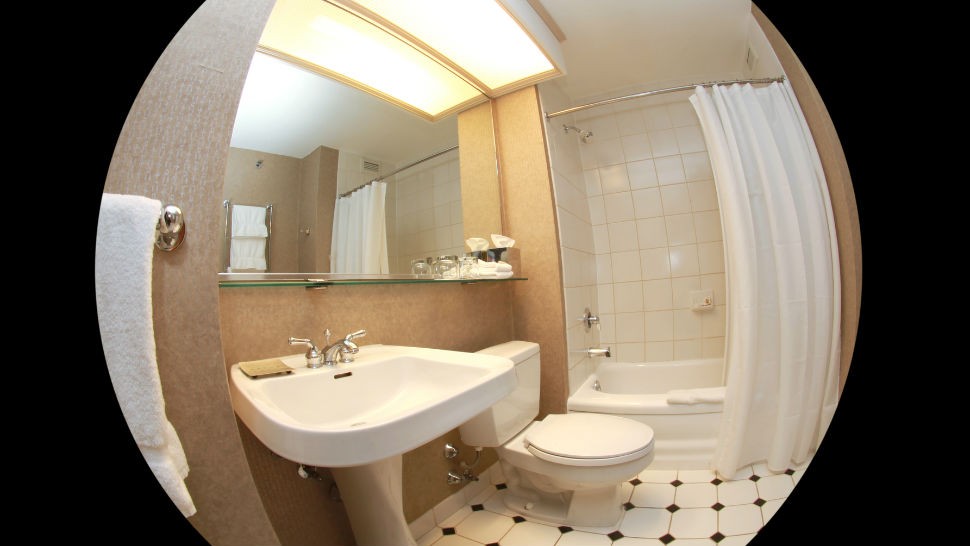 “It was probably the hardest conversation I’ve ever had to have in my life,” an anonymous woman from Chicago told ABC’s Good Morning America. “I don’t know if that’s something you ever truly recover from.”

It can be an unimaginable and devastating experience, but one you can prevent from happening to you. And there are steps and precautions you to take to make sure you’re not the next victim of hidden cameras.

Unfortunately, cases like this aren’t new. Incidents about hidden cameras found in hotel rooms and other vacation rentals like Airbnbs have made headlines a number of times over the past few years.

The problem is, the smaller cameras get, the easier they are to hide. And many times, they don’t even have to be hidden. These days, you can find cameras built into everything from wall clocks and smoke detectors to coat hooks and coffee pots — household staples in plain sight that blend into the background without a second look. And while some hidden cameras are designed with your own protection in mind, other people have different ideas for their use.

Ways to prevent this from happening to you

To make sure you don’t find yourself in a similar situation, take a good look at your surroundings when staying at a hotel or other type of rental. The property owner should (but may not always) disclose if there are any typical wireless-IP cameras in use around the common areas — for instance, a Nest Cam pointed at the front door or other entry.

Bonus: How to check for hidden cameras on Lyft or Uber

Finding the tiny cameras is trickier because, again, they can be anywhere. Get a close look at the vents, smoke detectors and even power outlets. Stand in a spot where a hidden camera would most likely be pointed, such as near a bed or a shower, and scan for any suspect areas like wall gaps or pinholes (which could hide a lens) in everyday items.

You can also turn off the lights to help in your search. Look for any red or green LEDs in the dark because those could alert you to the presence of a camera, especially one equipped with night vision. Also look for a lens reflection in the dark by using a flashlight to search for any bright reflections, and to make sure there aren’t any one-way mirrors.

Tech can also be a resource to find hidden cameras. One way is to use an RF detector, like this one listed on Amazon. It’s an affordable option with mixed reviews, but the price will only go up for seemingly more sophisticated devices. There are also a number of apps available to both iOS and Android users that claim to expose hidden cameras using your phone’s own camera, like this one for example.

If you find a camera or other surveillance device that shouldn’t be there, don’t touch or disturb the equipment in any way. Instead, document what happened by taking video or photos with your phone and calling the police.

Kim has discussed the threat of hidden cameras in the digital age in a recent podcast. Tap or click below to listen to Komando on Demand.

Dealing with the aftermath

Use this woman’s ordeal as a cautionary tale for your future travels, because it doesn’t sound like it will be over anytime soon. She’s still looking for additional sites where the video’s been posted so she can petition individual sites to remove it.

She’s also brought a $100 million lawsuit against the hotel operator, Hilton Worldwide and its other franchise partners, for emotional distress and negligence. A potential suspect has not yet been identified.