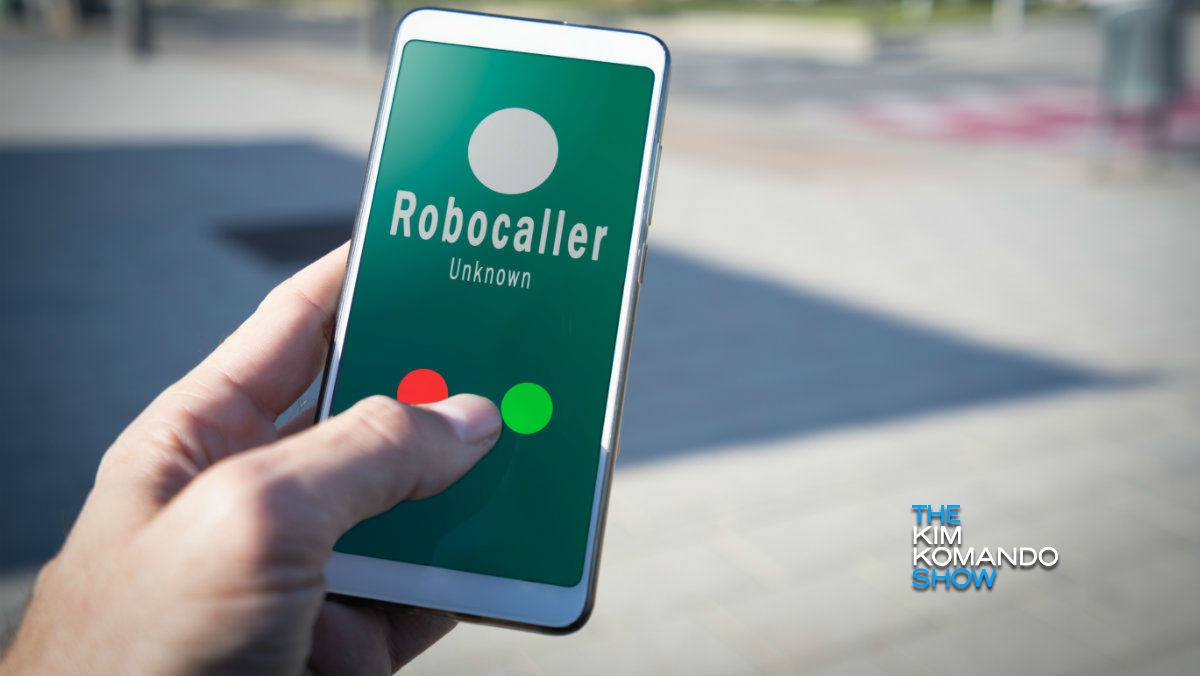 Updated 12/31/2019 – President Trump signed the TRACED Act into law on Monday, Dec. 30. While this should help cut down on the number of robocalls you receive, it’s not going to eliminate all of them. Scammers are always finding ways to outsmart the system and you can expect some robocalls to continue.

But at this point, any relief is a welcomed change.

On a typical day, how many robocalls would you say you get? Two, four, 15? There really isn’t a number you could say that would surprise us.

That’s because the Federal Trade Commission (FTC) said illegal robocalls have increased significantly due to internet-powered phone systems that have made them cheap and easy for scammers to make from anywhere in the world.

Phone carriers have been doing their part to help stop robocalls. Tap or click here to see how your phone carrier is fighting robocalls; however, eradicating them completely is impossible. But there may be hope on the horizon. A new bill was just signed into law that could offer some much-needed robocall relief.

The TRACED Act will force phone companies to block robocalls at no extra cost to customers. Plus, it would help put an end to spoofed phone numbers.

Related: How some consumers are fighting back against robocalls (and you can too)

It wouldn’t stop at blocking calls, either. Government regulators would spend more time tracking down scammers and penalize them more heavily. The FCC would have to deliver regular reports to Congress on how it’s fighting robocall operations and watch over companies in charge of investigating where they originate.

An amendment to TRACED was successfully introduced that includes the creation of a Hospital Robocall Working Group. This amendment can help cut down calls to hospitals, which have been major robocall targets.

The TRACED Act would also give the Department of Justice more authority to take action against illegal robocallers.

Before voting on the TRACED Act, Rep. Frank Pallone stated, “Today the House will take strong bipartisan action to protect consumers from illegal robocalls. A whopping 5.6 billion robocalls were made to Americans in November alone. Today, the House is giving Americans back control of their phones.”

We’ve seen efforts to eliminate robocalls in the past, but most scammers find ways to stay one step ahead of efforts to derail them. We can only hope that if the TRACED Act goes into effect it has more success.

There is a good chance TRACED does pass. Senator John Thune, a co-sponsor of the bill, said the Senate should vote on it either this week or next, where it also has bipartisan support. It could be on the president’s desk before the end of the year.

While we wait for the TRACED Act to start working, there are some things you can do to fight robocalls yourself. Here are some suggestions.

Most of our lives we’ve answered the phone when it phone rings. It’s just the natural thing to do; however, in the era of robocalls, that’s a bad idea.

The problem is answering the phone can signal to robocallers that you are alive and your number is active. Some scammer is putting a checkmark by your name and number and adding you to the “call all the time” list. Not good.

Do Not Call Registry is your friend

While it’s’ not perfect, signing up for the Do Not Call Registry will protect you from some telemarketers and robocalls. Tap or click here to learn more about the registry and sign up if you haven’t already.

Most smartphones make it easy to block a number. Once that call comes in, you can press a button that says “Block this Caller” (iPhone) or “Block/Report Spam” (Android).

You can go through your call log and block the number retroactively as well, or unblock it if you realize you actually want to receive calls from that number. You can also set “Do Not Disturb” on both iPhone and Android phones, which will prevent people from calling you at certain times.

For more information on robocalls, and for 7 methods to decrease the number of calls you receive, tap or click here.