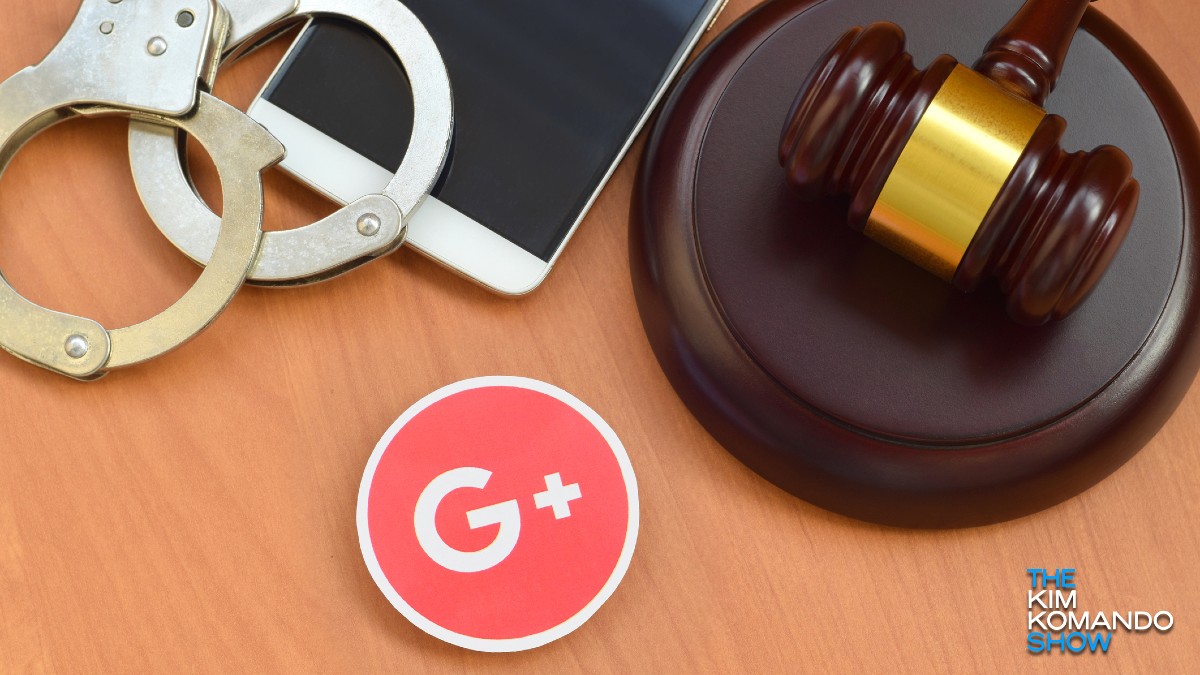 Many of us are naturally suspicious about the data collection habits of major tech companies. We already know several big names have been caught using customer data inappropriately, and each new incident is enough to make you wonder just how far these companies are willing to go.

While selling user data to advertisers might seem like a small potatoes issue, it’s still undeniably invasive. Online advertisers now have a detailed profile of your interests and internet activities. But they’re not the only ones using your personal data. Tap or click to see what law enforcement is using.

What’s so bad about law enforcement using your personal data? Imagine how bad it would be if they made a mistake. That’s exactly what happened to a man in Florida who was accused of a crime he didn’t commit. Still comfortable sharing your data with Google?

According to reports from NBC News, 30-year-old Zachary McCoy of Gainesville, Florida received a startling email from Google regarding his recent activities. Apparently, law enforcement was interested in his Google account data, and they provided a case number for McCoy to look up.

Once he did, McCoy saw the case referenced a burglary on an elderly woman’s house that just happened to be in the same location as his regular bike route. After digging deeper, he found police had used a “Geofence Warrant” to surveil the activity of passersby in the area.

With help from a lawyer, he confirmed police had mistakenly swept him up in a virtual dragnet. He issued a motion to render the warrant null and void, and included several bits of information confirming his alibi, such as his biking data from another app.

The warrant was thankfully shuttered and Google did not appear to share any more of McCoy’s data with law enforcement; however, it would have likely done so had McCoy failed to call a lawyer to intervene.

This incident just goes to show you why data is so valuable to tech companies and law enforcement: It makes their jobs easier. So easy, in fact, that innocent people can get scooped up by mistake. Tap or click here to see some of the corporate partners of a powerful facial recognition AI.

How did this happen and how can I protect myself?

As the original article stated, McCoy was caught in a Geofence Warrant, which is used by law enforcement to gather more information on an incident when a lack of clues or leads arise.

This involves picking up location data, and other bits of data collected by tech companies, to map out an area to get a better picture of what happened during a specific span of time.

Unfortunately, you can’t just pick and choose data from a Geofence Warrant. You get everything happening there all at once. When you factor in that McCoy had been spotted passing by the burglarized house on multiple occasions, you can see why detectives might assume he was involved.

Thankfully, McCoy was able to prove his innocence. But not everyone is in the position to hire a lawyer, which means those who can’t could be at risk of being wrongly implicated in a crime.

To keep yourself safe, your best bet is turning off Google location data except when absolutely necessary. Here’s how to do it:

Turn off Web and App Activity:

To automatically delete your activity, just scroll down to Web & App Activity or YouTube History and tap Manage Activity. At the top right, click the three button menu and Keep activity for. Modify the timeframe here.

You can also turn off location data in general for your specific device. This means you’ll have to turn it back on when you want to use navigation and mapping apps, but that’s a small price to pay for privacy. Tap or click to learn how to disable location and stop your phone from tracking you.