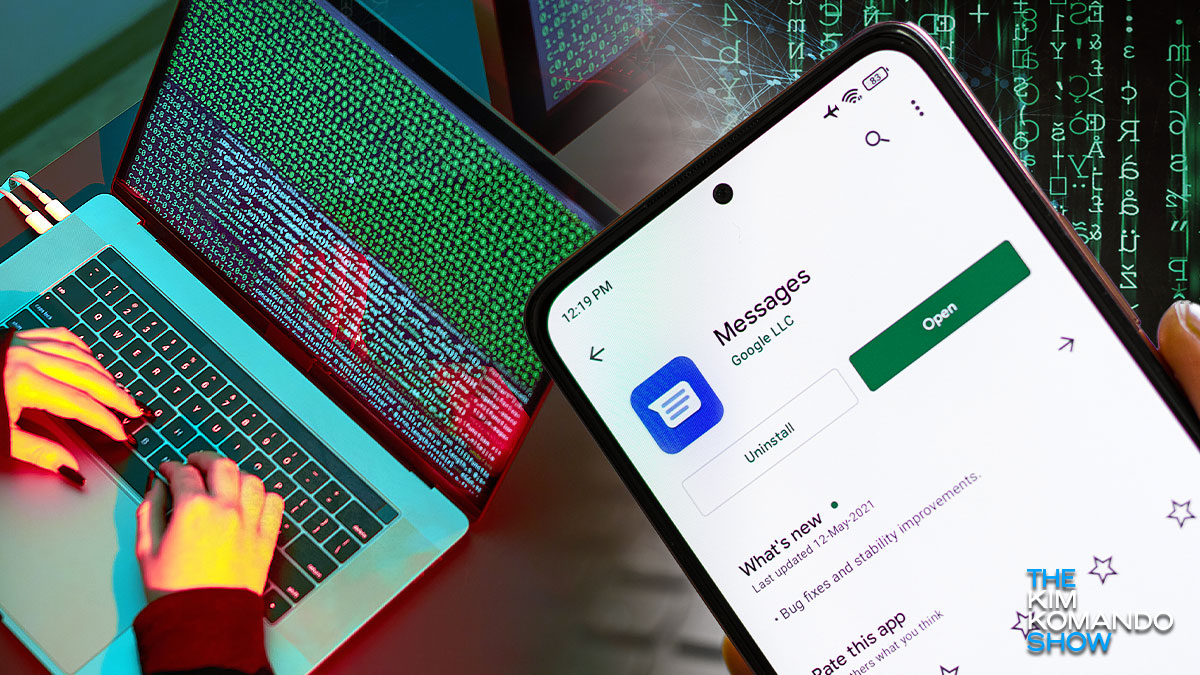 Google users number in the tens of billions when you factor in how many people use Gmail, Chrome, Google Search, Maps, Docs and other Google services. While popular, the tech giant has been called out for privacy concerns on numerous occasions.

Chrome is the world’s most popular browser, with other browsers trailing behind. There is the issue of privacy and data collection, but this is compounded by Google’s ability to track your movements when you use Chrome on your smartphone. Tap or click here for our report and a list of alternative browsers.

A research paper published by a professor in Dublin detailed data collected by two Google apps: Google Dialer and Google Messages. Each was installed on Android phones more than a billion times.

The Register reported on a research paper titled, “What Data Do The Google Dialer and Messages Apps On Android Send to Google?” by computer science professor Douglas Leith of Trinity College Dublin. It revealed that Google Dialer and Google Messages have sent messages and call information back to Google.

More specifically, the research paper calls out the Google Play Services Clearcut logger service and Google’s Firebase Analytics service as the collectors of data, including information on the sender of incoming messages to Google Messages and the call time and duration of calls from Google Dialer. Additionally, phone numbers are sent to Google.

While Google Play discloses that it collects some data for fraud and security protection, the research showed that its discoveries were not covered by Google’s privacy policies. There was also no way to opt out.

Google generates a hash of message content, which should go one way and be difficult to crack for the original content. Leith told The Register that with enough computing power, a hacker could figure out the hash’s original value.

RELATED: Locked out of your Google account? Here’s how to get back in

Google told The Register that it has been working with the team behind the research paper to address their concerns.

Google also responded to a question regarding if its apps are compliant with Europe’s General Data Protection Regulation, saying it was “committed to compliance with Europe’s privacy laws and apply strict privacy protections to data collected via our Dialer and Messages apps.”

Google said that the Dialer and Messages apps “use limited amounts of data for highly specific purposes that allow us to diagnose and resolve product functionality issues and ensure message delivery is consistently reliable” and that the logs were never used for ad targeting but rather for debugging purposes and blocking spam calls.

Google is rolling out changes including more clear privacy and data policy information and better ways to notify you what data is being collected and why.

Leith said that Google would be introducing an option in the Messages app to allow you to opt out of data collection, but this will not include data “essential” to Google.

Keep your operating systems and apps updated to get the latest security and privacy changes as more pressure is put on companies to change their policies.

While you’re at it, look into getting all your devices onto a virtual private network. A VPN is your best bet for protecting your privacy and data.

We recommend our sponsor, ExpressVPN. Get the only VPN service that Kim uses on all your digital devices today. Get three months free when you sign up for one year at ExpressVPN.com/Kim.

7 new iPhone security and privacy features you MUST use