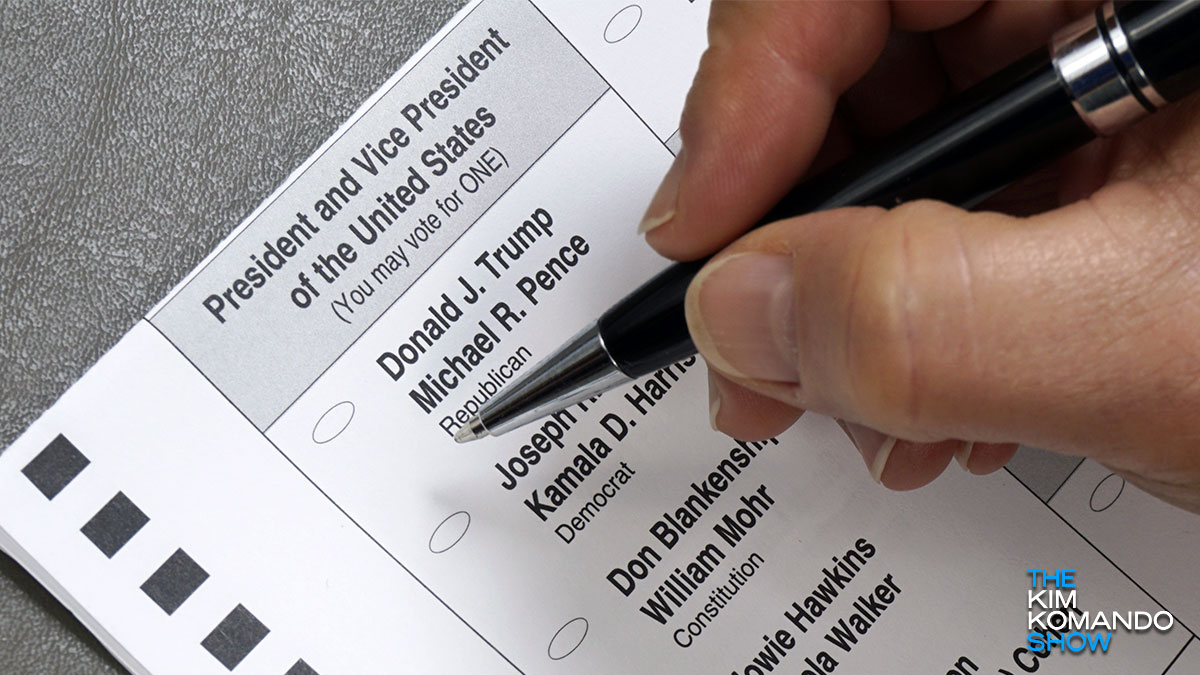 Election Day is drawing closer, and Americans from all corners of the country are ready to cast their votes and decide who represents us at the highest levels of government.

Back in 2016, we witnessed social media and technology play a bigger role than ever before. And this time around, election watchers are paying closer attention to how ads and influence campaigns play a role in voter behavior. Tap or click here to see how political ads have changed in 2020.

Despite years of experience running elections, our national security agencies are urging voters to be on the lookout for disinformation campaigns. Bad actors are working overtime online to spread rumors of hacked voter registrations — with a goal to spread chaos and distrust. Here’s what we know, and what you should be aware of before pulling the lever.

Back in 2016, the presidential election was anything but routine. Between cyberattacks, social media leaks and state-sponsored disinformation, there was no shortage of controversy coming from both sides of the political spectrum.

But this time around, we have more than Facebook and Cambridge Analytica to worry about. Tap or click here to see how you can find out if your Facebook data was stolen in 2016.

According to a bulletin posted by the FBI’s cybersecurity unit CISA, a major disinformation campaign is underway with the goal of undermining public trust in the 2020 election. The FBI cites “foreign actors and cybercriminals” as responsible for the efforts, and advises the public to be skeptical about any unusual claims about voter purges and digital interference.

Reports of foreign interference in the election are nothing new — and thanks to a detailed analysis of previous efforts, we may be better equipped to figure out how countries like Russia, China and Iran are spreading disinformation. Tap or click here to see why the U.S. government is banning TikTok over its connections to China.

What are these bad actors claiming about the election? So far, the main campaign the FBI has detected involves claims of hacked voter registration lists and purged voter rolls. According to the disinformation, this would prevent people from being able to vote or result in actual votes being discarded.

The end result: A sham election where people didn’t actually choose their government officials. And what could be better for our adversaries than to see the U.S. in denial that their government is legitimate?

Is there any truth to this disinformation? How secure is our election tech?

The claims being spread by malicious actors may sound urgent and dangerous, but many of them are based on half-truths and misunderstandings about how voter data works.

In truth, a good portion of U.S. voter information can actually be purchased quite easily. Election officials, pollsters and even media companies will access this information to understand the full scope of the election. Even if hackers manage to access or leak this data, the FBI emphasizes that this does not compromise the integrity of any ballots cast.

What’s more, our existing election infrastructure is quite safe. Even voting by mail, an option that has existed in the U.S. for years, has several stopgaps designed to prevent fraud and ensure every vote is counted.

For some Americans, such as overseas military personnel, early votes by mail are the only way they can even cast a vote in the first place. Tap or click here to see how to vote by mail.

One thing to keep in mind compared to previous years: COVID-19 will no doubt lead to increased numbers of citizens voting by mail. This is one of the main reasons the FBI is urging Americans to be vigilant about stories designed to sow distrust in the election and its processes.

Here are a few pointers the Bureau is advising Americans to keep in mind before the election:

Elections require a great deal of trust between a government and the public to work properly. If outside actors are threatening that trust, it can be easy for chaos to take hold if we let it.

It’s our country. Let’s make sure We the People have a say in who runs it.