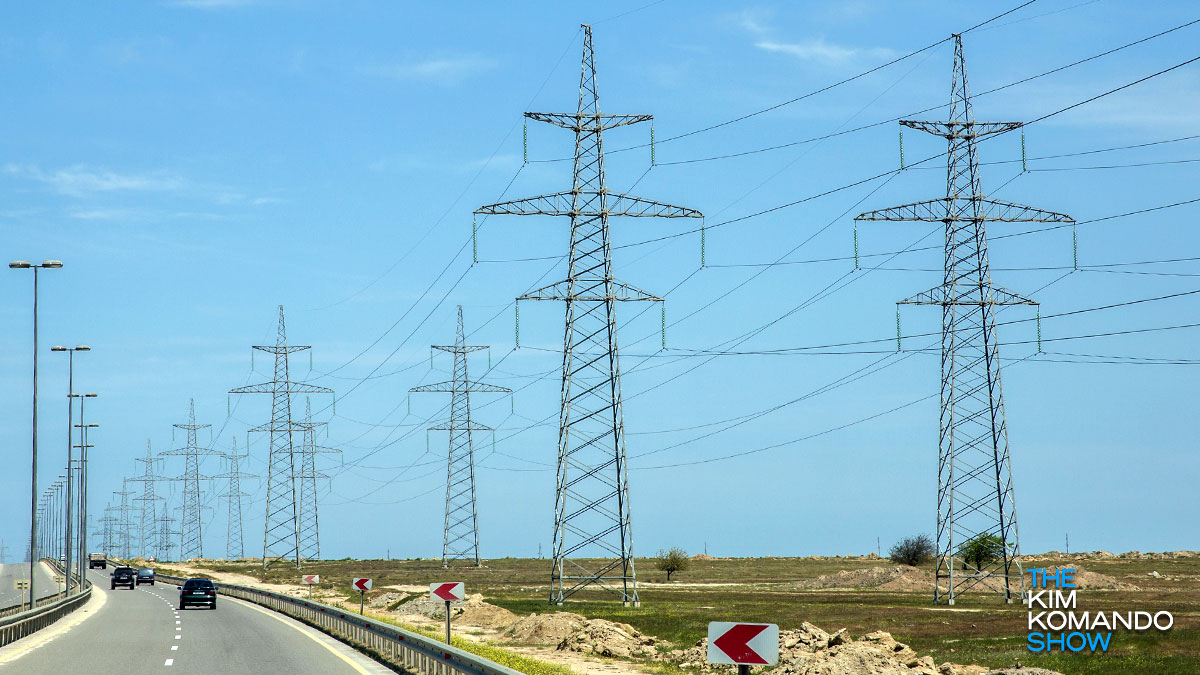 Hackers are more than capable of destroying your life with nothing more than a computer in hand. Thanks to the rise of cyberattacks and malware, it’s easy for them to break into networks, steal data and sell it to the highest bidder.

This is the reason network security is more important today than ever. Without a strong Wi-Fi network to protect your data, you’re a sitting duck for hackers to prey upon. Tap or click here to see how to keep hackers out of your home network.

But it’s not just ordinary people that hackers are going after anymore. Now that many of America’s power grid workers are working from home, they’re being targeted with sophisticated cyberattacks to create maximum chaos. And to make matters worse, some of these hackers are backed by foreign governments! Here’s what we know.

Hackers want to turn out your lights and break your AC

According to reports from Bloomberg, cyberattacks targeting the U.S. power grid have surged in recent months thanks to openings created by the COVID-19 pandemic. Many of America’s power grid workers are now overseeing systems from home, which leaves them uniquely vulnerable to attack patterns like spear phishing and ransomware.

Security researchers fear that this could result in power outages at a time when such an event could be life-threatening. Take, for example, the state of Arizona — which is experiencing a heatwave that caused temperatures to soar to as high 118 degrees on July 30. Were air conditioning to be wiped out by a cyberattack, heat deaths could absolutely occur.

What makes the threat environment so dangerous today, however, is the fact that not all the hackers targeting American power grids are amateurs or lone actors. In fact, researchers have reason to believe some cyberattacks are coming from state-sponsored hackers — the kind backed by foreign militaries and governments as part of asymmetrical warfare.

No outages in the U.S. have been attributed to hackers just yet. But that doesn’t mean the threat isn’t real. According to a statement to Bloomberg by Southern Co. CEO Tom Fanning, “Every major company in our industry gets attacked millions of times every day, but it is very clear there have been no interruptions in service on the electrical side.”

Plus, there’s historical precedent showing the scale of destruction that state-sponsored power grid hackings can cause. In 2015, hackers believed to be linked to Russia knocked out power for more than 200,000 Ukrainians during a cyber offensive.

How can I protect myself from power grid hacks?

It may come as cold comfort, but there is little you can do to stop these attacks on your own. The hackers in charge of taking down power grids are after industry workers and systems, which means your system will be ignored unless you’re a power grid worker.

That said, it’s still wise to take necessary precautions to prevent your system from getting phished or attacked. Even if you’re not a member of the energy sector, your computer could still be hijacked as part of a botnet that could be used to attack other systems like the power grid.

Tap or click here to find out more about the dangerous Emotet botnet, which reawakened earlier this month.

Here are some easy steps you can take to do your part and protect your computer from hackers of any kind:

As for your online accounts, it’s wise to enable two-factor authentication for the sake of your security. Strong passwords can still be broken by hackers, but we doubt they’ll be able to get their hands on your smartphone. Tap or click here to see how to activate 2FA for your most important online accounts.

Hopefully, our security agencies continue to keep as close of an eye as they have been on these threat actors. As of now, both the NSA and DHS are aware of the threats coming from cyberspace and will be acting accordingly to ensure the safety of our power grid and energy plants.

After all, can you imagine how bad it would be if hackers took down a nuclear power plant? We don’t even want to think about it.

But if you’re worried you might have been infected by the botnet yourself, we’d say you’re on the safe side unless your computer has been performing strangely or if you’ve been the victim of a recent ransomware attack. If either of these applies to you, a virus scan is your best option on the road to recovery. Tap or click here to see our favorite free anti-malware apps.