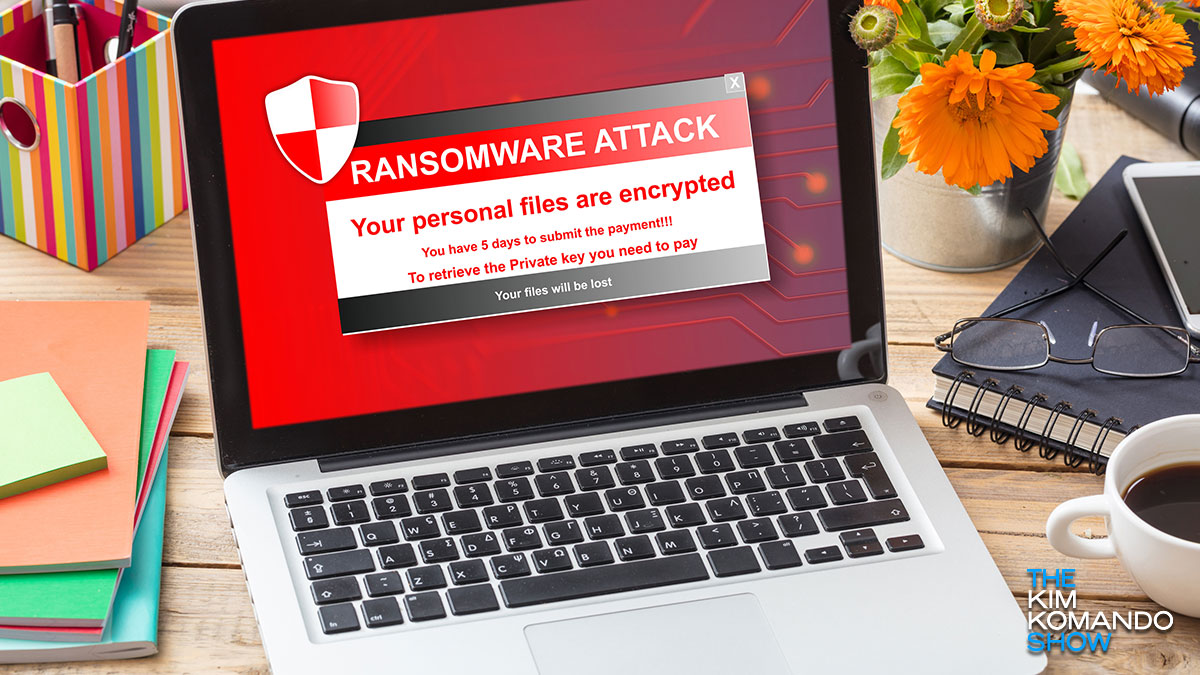 Scammers and cybercriminals have been using the ongoing pandemic to trick people into sending them money and personal details. Hackers have also been using the pandemic to break into critical networks and complex systems. Tap or click here to see viruses that are coming after your smartphone.

Unfortunately, the healthcare sector made itself a target through the COVID-19 crisis. While scrambling to bring more systems online last year, it left several security holes in infrastructure networks.

Recent research detailed that cyberattacks on healthcare facilities increased by a whopping 9,851% compared to last year. That works out to about 816 attempted cyberattacks per healthcare endpoint — or 239.4 million in total.

Over half of the attacks used Cerber ransomware, a particularly nasty piece of code that ran rampant about three years ago. After initial attacks in 2018, researchers thought Cerber had died down — until it was used again last year. Tap or click here for a refresher on Cerber ransomware.

Once Cerber infiltrates a network, it will lockup sensitive files and demand a ransom from administrators. Since hospitals need to access files and patient data, they are often more willing to pay to get their files back. That is why healthcare facilities make for a prime target.

Even though the virus is three years old, at the core, it is still the same ransomware. Just with some tweaks. “Although old malware variants such as Cerber tend to resurface, these are often re-factored to include new tricks, though at the core are still leveraging tried and true techniques,” said Greg Foss, senior cybersecurity strategist at VMware Carbon Black.

It’s easy to use

Equally as worrying is that the ransomware is easy to come by on the black market. Cerber has been designed to be licensed, and all it takes is a purchase agreement and a target. It’s what is known as a ransomware-as-a-service (RaaS) virus.

A hacker would use untraceable cryptocurrency to buy access to the virus and pay for its distribution through hacker collectives. Once a target has been identified, the virus is distributed through phishing attacks or injected into websites. The collective would then get a percentage of the ransom paid by the victims.

The golden rule to staying safe online is to ensure that your network and computer is updated with the latest patches.

Microsoft regularly releases updates for the Windows operating system, and Apple is quick with plugging holes in macOS or iOS. When a patch is made available, you should download and install it as soon as you can.

Operating systems are commonly used to breach security, but it is often third-party software to blame. Adobe Flash Player, which has thankfully now been discontinued, has often been fingered as a massive security risk.

No one is perfect. No matter how vigilant you are in trying to avoid phishing scams and ransomware, there is still a chance you could fall for one, resulting in an infected device. That’s why you need to stay a step ahead. The best way to outsmart a ransomware scammer is to have your critical files backed up before they’re compromised.

Our sponsor, IDrive, helps protect you from scammers and hackers in major ways, while also being a great data storage system for your computer and other devices. Keep scammers away from your data and get IDrive today. Get 90% off 5TB of cloud backup at IDrive.com when you use promo code Kim at checkout.

Is your tech infected with a virus? How to tell if you’ve been hacked