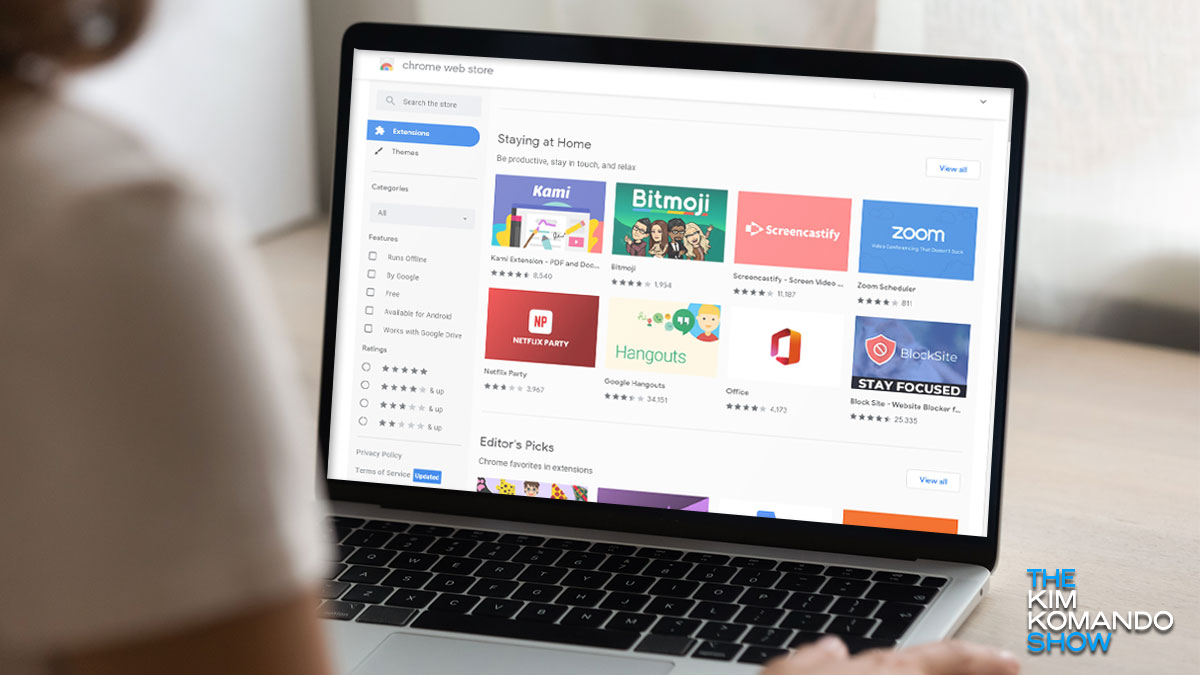 One of the best things about a flexible browser is how easy it is to add new features. This is mostly thanks to extensions — the small apps that run inside your browser.

But as good as many extensions are, not every program has your best interest in mind. Security researchers have actually found several extensions that spied on users or acted like malware. Tap or click here to see how 100 or more extensions were caught snooping on users.

And now, the makers of two popular extensions are involved in a lawsuit for spying on social media accounts. The shocking twist? Facebook is the plaintiff! Yes, that’s right, the world’s biggest social media site is taking on software developers for stealing user data. Oh, the irony!

Did you ever download the UpVoice or Ads Feed extensions for Google Chrome? These browser add-ons claimed you could earn gift cards and rewards just by installing them and using social media. But under the hood, both extensions allegedly did something else altogether: Steal personal data and sell it to advertisers.

If this sounds familiar, it’s probably because you’ve heard about Facebook’s many data scandals and their aftermaths. It’s a story old as time: Facebook gets caught selling user data, users complain or sue, Facebook settles and the cycle repeats.

But this time, Facebook is playing a different role. It’s suing the makers of UpVoice and Ads Feed for scraping data from profiles without permission. Imagine that: Facebook suing to protect its users’ data!

Both extensions scraped personal data like names, genders, birthdays relationship stats, location information and ad preferences without authorization from Facebook. ZDNet obtained a copy of the suit and first reported the details.

Facebook investigated the companies behind both extensions and found a bizarre overlap between them on social media. The COO of the company behind one of the extensions apparently created and ran profiles for the other one. This led Facebook to believe that both apps were secretly controlled by the same company.

After filing the suit, Facebook demanded a permanent injunction against both companies to prevent them from ever coming back to Facebook or Instagram. It also asked for both of them to be blocked from making Chrome extensions in the future.

Google hasn’t publicly responded to Facebook’s demands, but it has removed both extensions from Chrome. Before then, the extensions had racked up more than 15,000 downloads in total.

How do I check my browser for these extensions?

Once Google removes an extension from the Chrome web store, it can’t connect to its online host anymore. This means it no longer works, and all you’d need to do is clean up any leftovers from your browser to get rid of it.

To get these extensions out of your system, all you need to do is check out the extensions menu and uninstall the leftover software.

To get there, open Chrome on your computer. On the upper right of the browser window, click the three-dot menu icon and then More Tools, followed by Extensions. Here, you can disable or remove them to your liking. Search for both UpVoice and Ads Feed and click Remove once you’ve found them. This will delete their profiles from your browser.

Just like with any software, it can be risky to download extensions that you’re not 100% sure about. Even if reviews for an extension look good, it can be hard to tell fake ones from the truth.

Tap or click here to see the easiest way to spot fake reviews.

Always use your best judgment when installing software, and try to stick with familiar programs when possible. If an app or extension promises to give you something for free, it’s probably too good to be true — and not worth losing your privacy over.