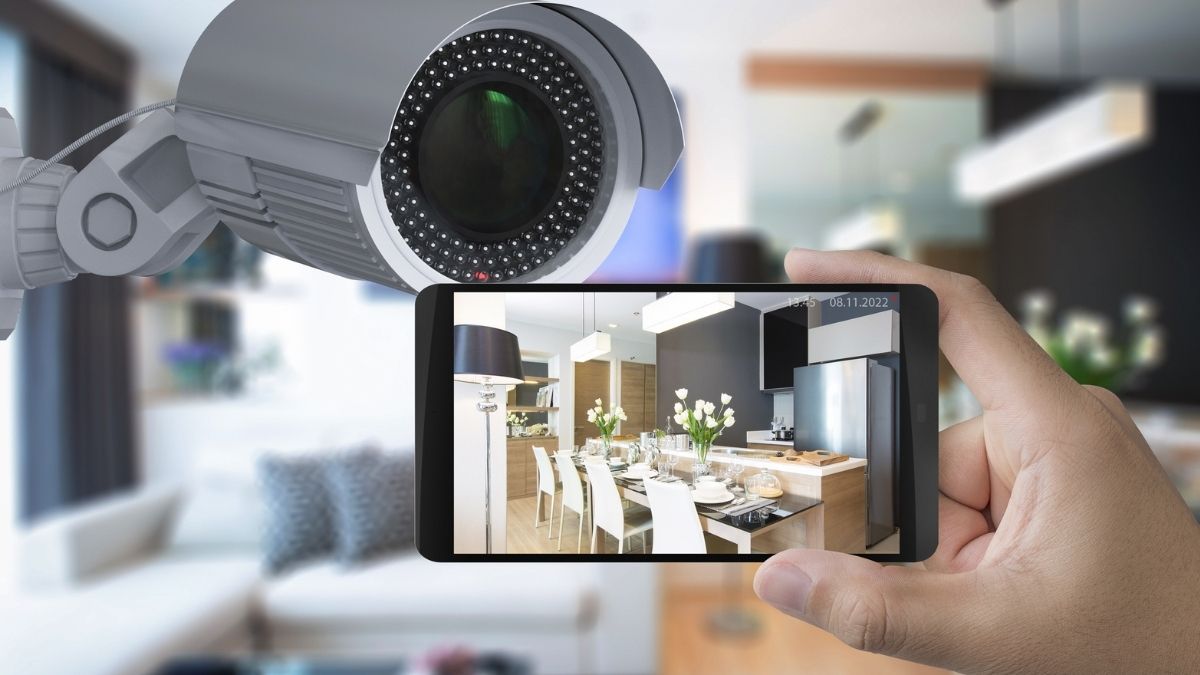 Picture this: You’re sleeping soundly in your bed one night. Suddenly, shattering glass jerks you awake. If a burglar’s combing through your home and snatching up your valuables, your mind’s probably racing 100 miles per hour.

You could grab a baseball bat and unleash your inner lion. If you don’t want to throw your life in danger, though, you could call 911 and invite some professional assistance. But if the police don’t show up on time, thieves could slip away in the middle of the night with thousands of dollars worth of your personal belongings.

In times like these, security cameras set up inside your home can make a world of difference. Officers can use the footage to track down your invaders, bring them to justice and hopefully return your stolen goods. Tap or click here for six essential features you need in a home security system.

You need to choose the very best cameras, though

Wi-Fi cameras are a lifesaver, but you’ll have to pick between two storage options. Kim advises using cameras that upload directly to the cloud. When working with local storage, you may have to deal with the burdensome task of organizing enormous files. That’s because local storage saves your video recordings either within the camera or on a networked device.

Let’s go back to that burglary scenario we described earlier. If a tech-savvy thief breaks into your home and sees a camera, they may pop it open and snatch the SD card. Just like that, they’ve disappeared into the night with the video footage you’ve spent so much money on.

CHECK IT OUT: 5 uses for security cameras you never thought of before

Contrast this to cloud storage, which uploads your recordings to internet servers you can access from your laptop, phone or another device. It’s super convenient, and you don’t have to worry about physical theft.

Plus, you don’t have to fuss over the technical details of storage space like you do with cameras that use local storage. Instead, you’ll have a window of time you can browse through. For example, a cloud storage plan stores your footage for a certain amount of days. After that, the service automatically deletes your recordings.

Here’s what we recommend

Check out our sponsor, SimpliSafe. Kim loves it because it’s easy to install and manage, even if you aren’t tech-savvy. In fact, if you set up a SimpliSafe system by yourself, it shouldn’t take longer than 5 minutes.

You don’t need to break out the tools, drills or wire. Just plug and protect, and you’re good to go! Even better, you get 30 days to view your recordings before they’re automatically deleted.

You can also check out the Nest Cam, a Google product that records videos and even alerts you when it detects someone on your property or inside your house. It has an array of impressive features, from facial recognition, two-way talk, a built-in Google assistant and more.

On the flip side, though, it’s expensive and uses wired cameras (so you can’t use batteries with it). You can also expect some delays when it’s recording videos or processing footage. You can get a free trial of Nest Aware for 30 days and subscribe for 30 days’ worth of access to your recordings.

ALREADY HAVE ONE? 5 hidden Google Nest Cam settings you need to use

If that’s out of your price range, Wyze has the most affordable cloud camera system you can buy. It comes with motion detection zones to reduce false alarms, 14 days of free cloud storage, advanced sound recognition and more. Plus, it’s compatible with Alexa and Google Home. Tap or click here to check out the Wyze home security system.

Every week, Kim welcomes caller questions on The Kim Komando Show. (If you ever have a tech question, sign up here for Kim’s live answer!) One woman found herself fielding accusations of elder abuse after her parents stopped supporting her son financially.

Previously, he had been the caretaker, but when the caller visited her parents’ home, she found them underweight and eating moldy food in a kitchen full of pantry moths. Once she took over as caretaker and cleaned up the place, her parents stopped paying the son since he was no longer helping them. As you can imagine, he retaliated by telling local authorities she was the one in the wrong.

Kim advised her to set up security cameras connected to the cloud. After all, you need evidence to prove your innocence. (Previously, the caller had just been using audio, which is less reputable than video proof.)

If you ever find yourself in a similar situation, Kim says you should upload your recordings to a private YouTube channel. Here’s our step-by-step guide to getting that started.