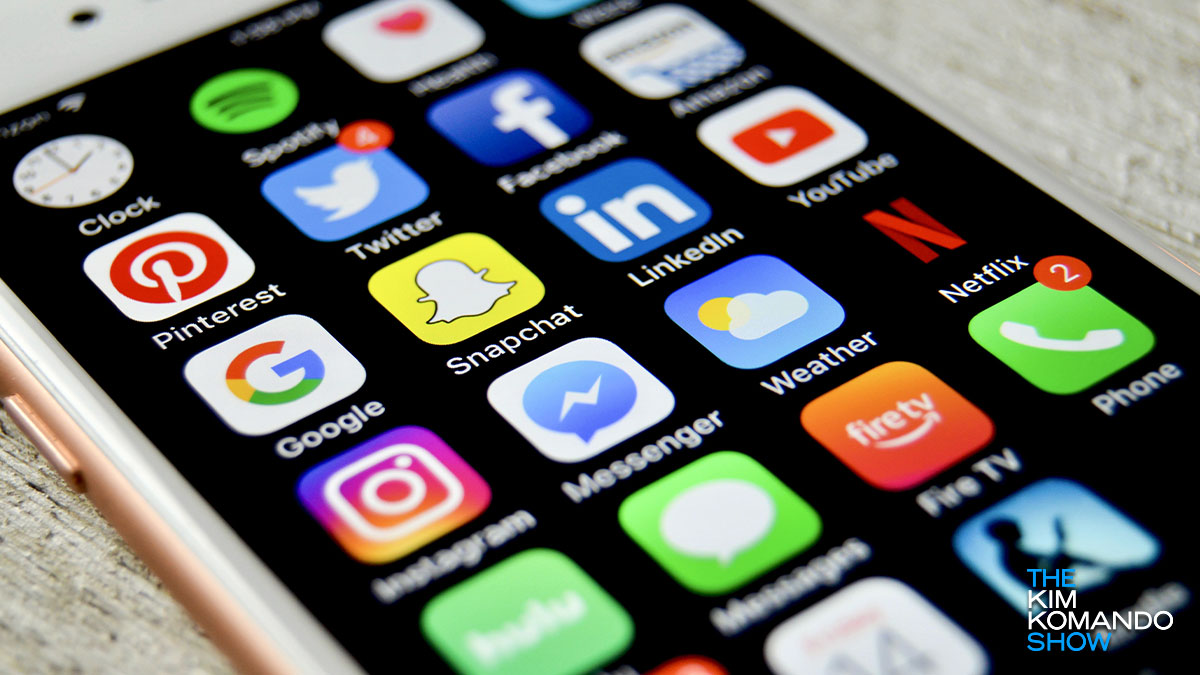 Open up your phone’s app store, and you’ll be bombarded with an endless array of exciting apps. From entertainment to exercise, there’s content for anything you can imagine. You can play games, watch videos, edit photos and write stories on apps during your downtime.

Even if you’re a worker with little free time, the app store has a lot to offer. There are many productivity apps that can scan documents, organize your busy schedule and streamline your work process. When there’s no much to choose from, though, it’s easy to download more apps than you actually need.

That’s why you should go through your phone and clean out old, unused, redundant or even dangerous apps. Tap or click here for our security tip on cleaning your apps the right way. You should also check your phone for these six apps you should delete as soon as possible.

1. CamScanner on iPhone or Android

This app stole the hearts of students and office workers when it first hit the scene. With precise cropping and auto light adjustments, it quickly shot to popularity and tons of downloads.

CamScanner even has an ID scan template, so employees filling out their New Hire paperwork could quickly scan and upload sensitive documents to their workplace.

Now, hold on a minute. You trust this app with your driver’s license, your homework, and maybe even your Social Security number to this free app. But as Kim always says, there’s no such thing as a free lunch; you pay with your privacy.

We have some bad news: A few years ago, cybersecurity researchers busted it for secretly installing malware on users’ phones. The app developers connected victims’ phones to advertising servers that bombarded them with spam. Tap or click here to see why you should delete this app from your phone at once.

If you’ve been keeping up with current news, you know that Facebook’s all in a tizzy thanks to Apple’s 14.5 update. Why? Because this update requires apps to explicitly get your approval before following you for ad tracking.

In short, Apple’s stopping apps from monetizing user ignorance, and Facebook doesn’t like that one bit. It would rather track you across all its apps and websites, and if you refuse, that means it’s losing out on a ton of cash. Just think about everything the app wants access to:

Basically, it wants full access to your device; it wants to tracks where you go, what you search and what you buy. Then, it uses that data to serve you targeted ads.

If you don’t mind these ads, remember it’s accidentally leaked user data through many breaches. For the sake of your privacy and security, you might want to delete the Facebook app.

3. Kaspersky QR Scanner, which you can get on Android or iPhone

Your phone’s native camera works fine. When you download a third-party scanning app, you’re clogging up your phone. Still, many people gravitate towards these programs, and Kaspersky QR Scanner is a particular hit.

That’s probably because it’s the brainchild of Kaspersky cybersecurity experts. Basically, it quickly checks the security of every QR code you scan. If it recognizes an unsafe or malicious QR code, it warns you of the suspicious link.

It also has a history tab so you can keep track of the websites you’ve previously scanned QR codes from. People like it for its freedom and convenience — but do you really need it?

We recommend deleting any QR scanning app from your phone. It’s just eating up space and doing something that your phone already does for free! Here’s how to scan a QR code on your Android phone.

To scan a QR code on your iPhone, turn on the native Camera app and hover over the code. Your smartphone automatically directs you to the code’s link. Now, you can download an app you actually need with the space you saved by deleting your QR app!

4. TikTok, plus these other child-unfriendly apps

Dubbed “the app that defined Gen Z,” TikTok is famous for its one-minute videos, which can encompass anything, from dances to dangerous stunts. When children compete for most viral clout, they’ll go to any lengths. One 10-year-old Italian girl strangled herself to death in a viral “blackout challenge,” AP News reported.

This is important for all parents to know. Your child may tell you they’re on TikTok to hang out with friends and dance, but they’re susceptible to peer pressure. If they see social media stars they admire partake in dangerous games, they may want to follow in the crowd’s footsteps — often at the expense of their own safety.

So be aware that social media apps like TikTok lead your child down a slippery slope. A disturbing study from 2019 found that around one in 10 teens and pre-teens played the dangerous choking game at least once.

So if you have a kid in the household, you shouldn’t have this app anywhere — even if you use it on your own phone, the kids may be inspired to download it for themselves. It’s simply not safe.

And we haven’t even touched upon the child predation that rages through this app like wildfire. Police warn parents about a collection of hazardous apps, including TikTok. Tap or click to find out which apps to remove from your kids’ phone ASAP.

5. Flashlight for iPhone and iPad

When smartphones first came out, flashlight apps were super popular. Now that they’re native to most phones, though, flashlight apps like this are redundant. Despite this, the companies that made this app are still around; they can feed off of your data, so there’s no reason they’d leave the feast.

In fact, many app designers added shiny new features to keep users around. Let’s look at Flashlight for iPhone + iPad as an example. (We recommend booting off all flashlight apps, but we’re singling this one out for its popularity — it has over 20 million downloads!)

This app claims to be the brightest in the app store. It offers these shiny features:

While these features can sound fun, they’re not really necessary. Flashlight apps gobble up precious storage space doing something your device is already capable of on its own.

Not only that, but these fun features can be a huge inconvenience in a pinch. The flashing mode is “not cool when you’re looking for something in a precarious position … or [sneaking] up on a mysterious critter you are trying to identify that keeps coming around,” one reviewer wrote.

“Also, having an ad pop up full screen in the middle is just as bad,” the reviewer said. “No, I don’t want to play a pop the bubbles game when I am in a dark area trying to keep safe or trying to fix something.”

Bottom line: Ditch the flashlight apps on Apple or Android phones. You don’t need them, and your native flashlight app is just as good. (Plus, you won’t get ads or migraine-inducing light effects!)

These services seem exciting at first, but unfortunately, they’re hiding malware. Android malware is on the rise, hiding in the Google Play Store.

That’s because the app store gives developers more freedom than Apple’s alternative. Sure, this means you can get a ton of cool apps — but it also opens the door for bad faith actors.

Even worse, many of these apps pop up in YouTube advertisements. If kids see these advertisements, they may download the malware straight to your devices. Tap or click here for the full list of dangerous games you should delete from your smartphones ASAP.

Hidden setting in your browser that reveals your hacked passwords

Quick privacy fix: How to stop iPhone apps from tracking you