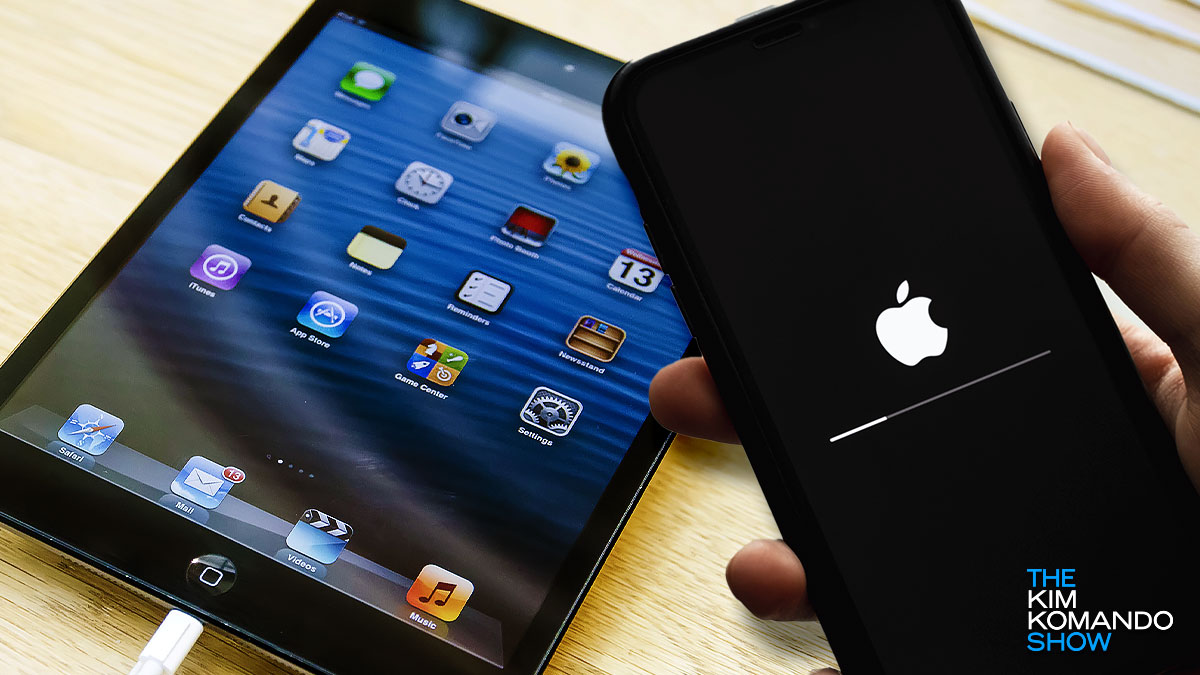 Zoom became popular during the onset of the pandemic and still has millions of daily users. Are you one of them? A security flaw was recently discovered that could put your computer at risk. Tap or click here for our report on the critical vulnerability and how to avoid it.

Developers release regular updates for your phone and tablet to add new functions or patch vulnerabilities that expose you to hacks and malware.

Apple has been steadily releasing patches for iOS 15 ahead of the launch of iOS 16, but this week’s security update applies to an older version of Apple’s operating system. You need to check this out if you have an older Apple device.

If you’re using an older Apple device that can’t update past iOS 12, you should update to iOS 12.5.6 right now.

Apple’s support page states that hackers can craft malicious websites to lure victims. This can lead to “arbitrary code execution.” Translation: Hackers can take complete control of your device.

If this sounds familiar, it’s the same flaw Apple patched with iOS 15.6.1. That one affected many devices, including the iPhone 6S and newer, iPad 5th generation and newer, all iPad Pro models, Apple Watch, iPod Touch and Mac computers. Tap or click here to see if your devices are affected and how to protect them.

While that flaw didn’t affect iOS 12, this one does. Here’s the list of affected devices:

To update your iPhone, iPad or iPod Touch, go to Settings > General > Software Update > Download and Install. When you’re finished, you should have iOS version 12.5.6.

This iOS 12 update comes nearly a year after the last one (12.5.5), which fixed exploits for the same list of devices. Who knows how much longer Apple will be supporting them?

Apple is known to drop support for older models as new operating systems are released, which puts those devices at greater risk. Do you have an iPhone 7 or earlier? If so, guess what? You won’t be able to download iOS 16. Tap or click here for the complete list of devices Apple leaves out when the next OS drops.

While you should consider upgrading to a newer device, don’t run out and do it just yet. Here are three reasons you’ll want to wait before buying a new phone.

Have a Ring camera? Update to protect yourself from this hack