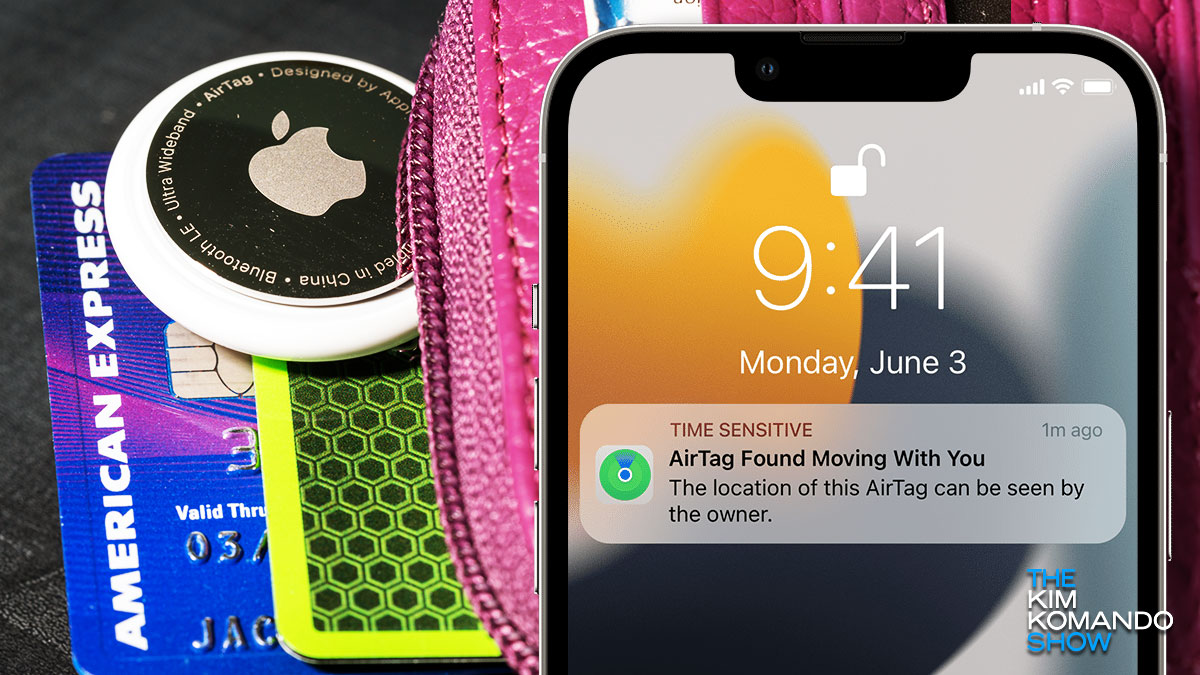 There are few things more frustrating than when you reach for your car or house keys, only to find that they are not where they are supposed to be. You usually end up in a frantic search, even looking in places you know they won’t be.

Thankfully technology has a solution to this age-old problem. You can clip tiny trackers to your keys or any other important object and never worry about losing them again. Tap or click here to see the difference between Tile trackers and Apple AirTags.

The problem with tech like this is people can use them in harmful ways. For example, someone could slip an AirTag into your purse, backpack or on your person to track your whereabouts. That’s why Apple came out with a helpful tool that tips you off if you’re being tracked.

Since AirTags are so proficient in locating objects and even pets, criminals figured out that they can also use it to track cars and people. There have been occasions where criminals attached a tracker to a vehicle and followed the owner home to steal the car later.

In more disturbing situations, AirTags served as the tracking method for stalkers. They can slip the trackers into a handbag and, by following the signal, know precisely where their victim is located. Thankfully, Apple became aware of this and implemented some changes to keep users safe.

Earlier this year, the company introduced new security measures, starting with an on-screen notification warning owners that it is a crime to use AirTags for tracking people.

Apple also made it easier to locate an AirTag if you get an unwanted tracking alert. When an AirTag that has been moving with you emits a sound to alert you of its presence, you will get an alert on your phone.

But Apple this week announced that additional measures are coming that should make it even easier for people to tell if they are being tracked.

AirTags are getting a firmware update soon. Apple said the update will “tune the unwanted tracking sound to more easily locate an unknown AirTag.” That means that AirTag Firmware Update 1.0.301 will make the sound AirTags emit louder. This makes it easier to hear if you’re unwittingly being tracked.

If you are an AirTag user, keep in mind that the update is rolling out steadily. Not everybody will get it simultaneously, as fewer than 1% of users have already received it. Another 10% will get it early this week, and the rollout should be complete by the middle of May.

If you get an alert of an AirTag detected near you, here’s what to do:

Apple’s support pages also urge you to contact local law enforcement if you feel unsafe. Police can work with Apple to request information relating to the AirTag.

You can also track down an unwanted AirTag with an Android device. Last year, Apple made an app available called Tracker Detect, which plays a sound if the app detects an AirTag near you for at least 10 minutes. You can get the free Tracker Detect app for Android here.

Worried about stalkers and thieves using AirTags? Apple is making these changes