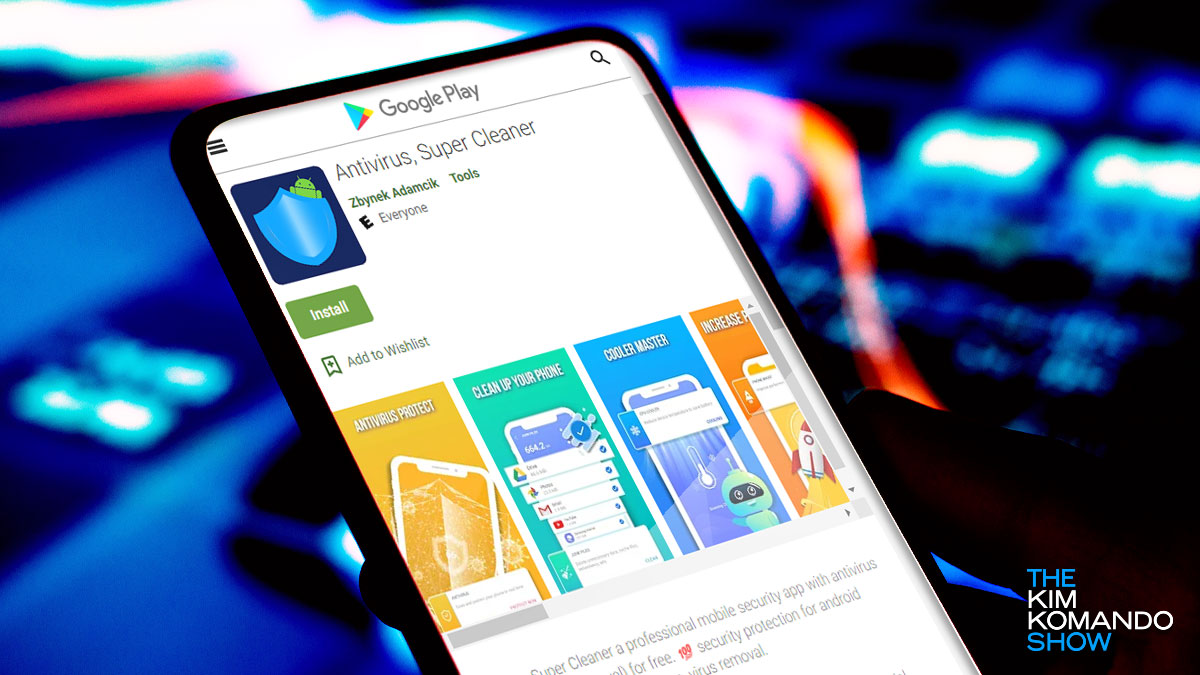 Cybercriminals are getting craftier by the week, managing to sneak dangerous malware into different places. Last week a QR code app was caught hiding the banking trojan TeaBot.

In a worrying trend, cybercriminals are becoming more effective in sneaking malware into official apps stores. Even though Apple’s App Store and the Google Play Store have strict guidelines, now and then, a malicious app slips through the cracks.

That just happened. An antivirus app was caught hiding malware, and it’s available for download in the Google Play Store. Keep reading for details on this malicious app and what you should do now.

Security researchers from two companies found nasty malware hiding in the Google Play Store, embedded in an antivirus app called Antivirus, Super Cleaner. The app serves as a vehicle for the malicious SharkBot malware, which has devastating capabilities.

According to Cleafy and NCC Group, SharkBot malware is a banking trojan designed to automatically transfer funds from your account to the criminal’s account. This is done through Automatic Transfer Systems (ATS), which replicates button presses, clicks and touches.

But the most-used function in SharkBot is stealing banking login information, intercepting text messages and, on occasion, controlling your mobile phone.

The offending application is no longer available on the Google Play Store, but some victims could still have it installed on their devices. Unfortunately, when an app is removed from the store, it doesn’t disappear from your phone, so you’ve got to uninstall it manually. Here’s how to do that:

While you can never be entirely sure that a downloaded app is free from malware, there are a few things that you can do to stay safe.