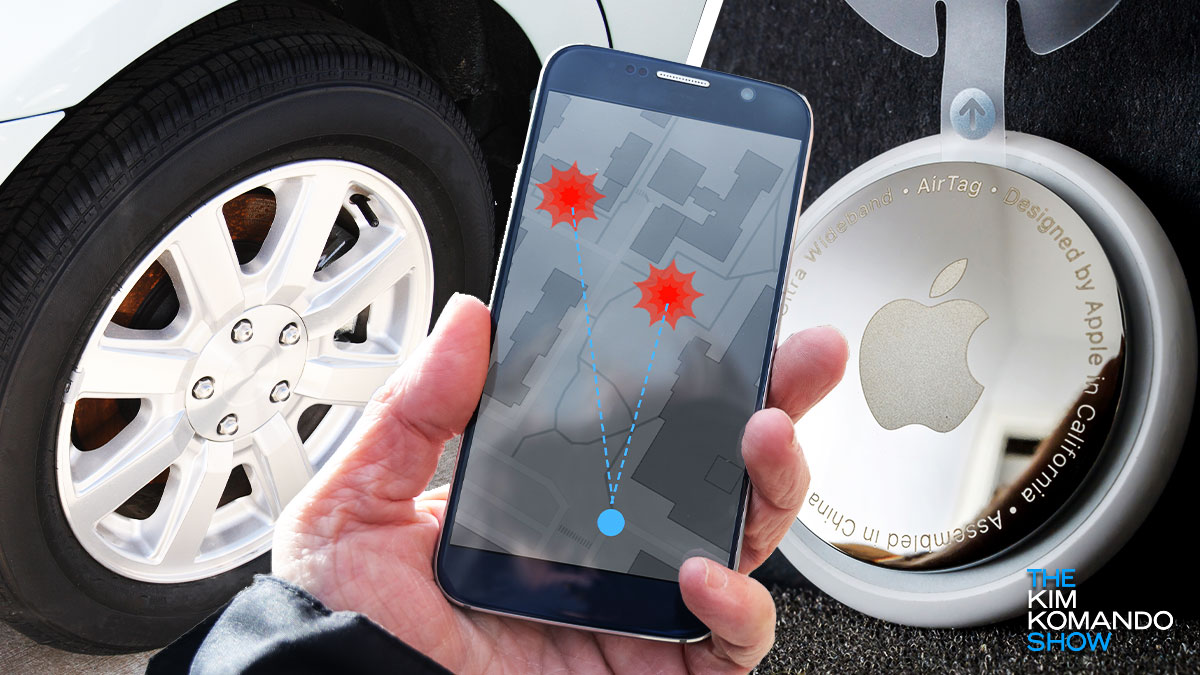 GPS-style tracking units are useful for keeping track of your stuff. Simply attach one of these devices to your keys, purse, laptop bag or anything else you don’t want to lose. If the worst happens and an item goes missing, you have a fighting chance to track it down.

Keys are easy to lose and ideal for a GPS tracker such as Apple’s popular AirTags. There are other uses for these devices you may not have thought of, including keeping track of your pets, bicycle and even your kids. Tap or click here for 10 new ways to use your tracker.

Of course, anything incorporating tracking technology has the potential for misuse. AirTags can be used to secretly track people. Recent reports show they’re also being used to target cars to steal.

Earlier this month, the York Regional Police of Ontario reported that crooks were using AirTags to track and steal high-end vehicles. The crooks attach the devices to the parked vehicle and later track it to the victim’s home, where they can steal it. They don’t even need to enter the car, as the tiny GPS tracker can be placed out of sight virtually anywhere on the vehicle. Tap or click here for our report on these incidents.

That was a warning from the police, but now we’re hearing stories from potential victims as well.

A Twitter post has gone viral from a woman who claims to have found an AirTag attached to the underside of her car’s wheel well. Twitter user @Sega__JEANAsis discovered the AirTag after her iPhone alerted her of its presence when she was driving home from a bar.

iPhones alert you when someone else’s AirTag is moving along with you. You need to be running iOS 14.5 or later to get the “AirTag Found Moving With You” message so be sure your phone is updated.

If you get such an alert, here’s what you can do:

Last week, Apple released an app on the Google Play Store that lets Android users locate trackers compatible with Apple’s Find My network. Tracker Detect works with Android 9.0 and up.

If you have Android, you do now have the ability to find out if AirTags are close by and moving with you, but be aware you have to use the app to scan manually. You won’t be automatically notified. It can take 8 to 24 hours before the AirTag will beep after being separated from its owner, criminal or otherwise.

Clever criminals will use every tool they can to get their hands on your stuff or your information. Trackers like AirTags and Tile make it easier than ever to follow someone and potentially commit a crime later. Here are a few additional steps to stay safe:

✅ Don’t just rely on an app to tell you if someone has placed a tracker on your vehicle or on your body. If you’re out at a bar or restaurant, do a quick sweep of your pockets, bag and vehicle before you drive home. This may feel like an overreaction, but a couple minutes could save you a lot of trouble down the road.

✅ Consider a security upgrade to keep your car safe. Tap or click six ways to protect your vehicle (and its valuable parts) from thieves.