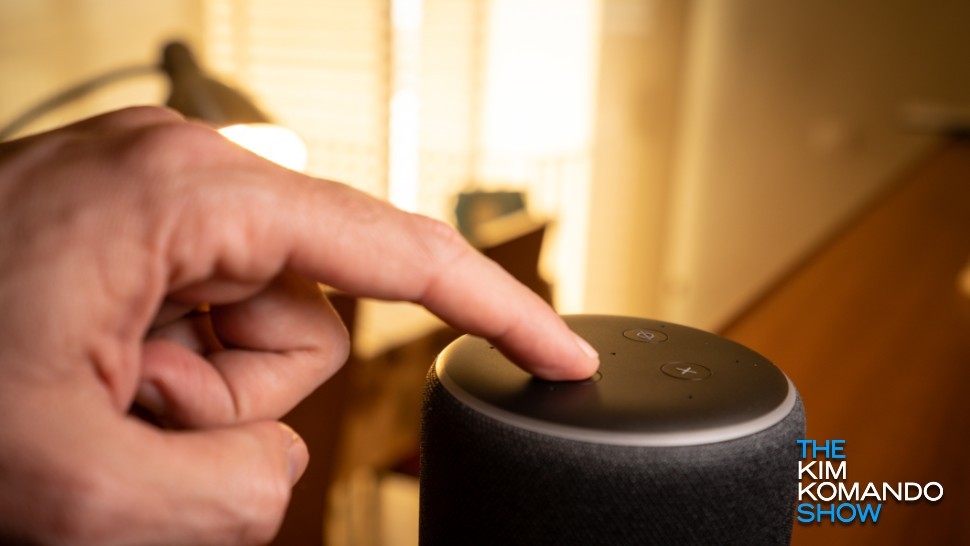 Amazon has previously come under fire for violating the privacy of its users with Alexa. The famous voice assistant was revealed to be recording users’ inquiries and storing the recordings for human reviewers to analyze. Even worse, most Alexa users had no idea this was happening.

The exposure caused Amazon to make several drastic changes to its products and privacy policy. Now, it’s opening some of them up for users to take advantage of.

If you’ve been on the fence about bringing Alexa into your home, these new privacy features might change your mind. Not only are you able to customize the way Alexa hangs on to your data, but you can also tell her what to do with it by voice. There’s even a new way to keep your kids safer online when using Alexa by themselves.

Amazon unveiled several new products and features at its fall 2019 event. The Echo Show 8 and Echo Flex, for example, will allow Alexa to inhabit even more spaces in your home or office.

Attendees at the event, however, noticed a major change in Amazon’s rhetoric surrounding user privacy during the course of the presentation. Not only did some of its new products, like the Echo Show, feature privacy-enhancing features like a camera shutter, the company explicitly mentioned its commitment to protecting users as part of a new strategy.

That sounds a lot like what we heard from Mark Zuckerberg when he said, “the future is private.” But Amazon, to its defense, has added some new privacy features that give a little more credence to its words.

Hopefully, these new options will empower users to control their privacy more efficiently and protect their families from unwanted eavesdropping. Here are the top features you need to know about.

For the first time, users will now have the ability to ask Alexa for a rationale behind her unusual behavior or responses. If Alexa seems to activate at an inappropriate time, you can simply ask her “Alexa, tell me what you heard” or even “Alexa, why did you do that?”

With these prompts, Alexa will inform you of the recording she has made or will explain the process or words that led to her activation. This can help users know if any candid speech or private audio was accidentally captured by the voice assistant, which can help in the process of deleting recordings.

2. Tell Alexa to forget what she heard

Tying into the previous new Alexa commands, Amazon has also granted users the ability to ask Alexa to delete recordings directly. In addition to wading through Alexa’s many security settings to purge your recordings, users now have the ability to say “Alexa, delete everything I said today.”

If asked on the daily, this will keep your Alexa recording history clean and will prevent any transcribers from being able to look at private audio that may have been captured.

3. This one is for the kids

Alexa opens the doors for anyone with an Echo device to message or call contacts. Unfortunately, this also applies to children using the kid-branded Echo Dot product. Fortunately, Amazon is introducing a new hub for privacy settings on its kid-focused products to help children stay safer online.

Using the new Alexa Communications for Kids, you can whitelist specific contacts you want kids to have access to and restrict their ability to communicate with strangers online. Now, the only thing you’ll need to worry about is purging Alexa’s recordings of your kids. But as we’ve seen above, all you’ll need to do is ask.

BONUS: Do this now. Automatically have Alexa purge recordings

Amazon has announced that it’s granting users the ability to delete all recordings on a timed basis as well, which helps for those of us who may forget to politely ask Alexa to stop spying.

Tap or click here to learn how to do this now on your Alexa. This way, you can delete user recordings and you can specify for Amazon to purge all entries on a rolling 3-month or 18-month basis.

So in the event that you don’t check your recordings frequently, or accidentally skip a day of telling Alexa to delete your recordings, you’ll have backup to make sure your conversations stay private.

Ultimately, it’s good that Amazon is giving users more freedom with how their data is handled. It also underscores just how much personal information we’re trusting to these massive corporations. If privacy is the price we pay for more a convenient lifestyle, are most Americans willing to give it up that easily?

Hopefully, the trends we’re seeing from Amazon show our attitudes lean in a slightly different direction.