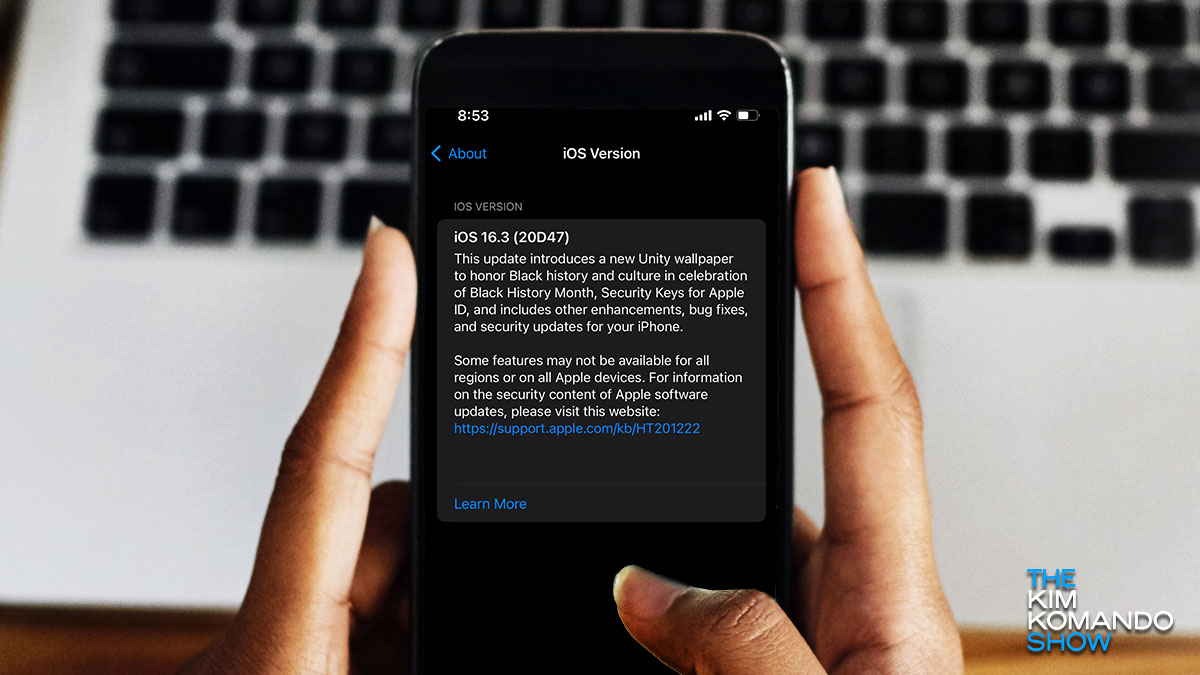 With iOS 16.2, Apple rolled out Freeform, a whiteboard app that lets you collaborate on journals, mood boards, games, notes and more with others. Tap or click here for more information about this inspiring app.

Apple is adding a Security Keys feature, which allows you to use third-party physical security keys to strengthen its two-factor authentication.

These security keys look like a thumb drive or tag and are used for verification when signing in with your Apple ID. You need two pieces of information for 2FA. In this case, the first will be your Apple ID password, and the second will be a physical security key. This provides extra protection from targeted cyberattacks.

Apple requires FIDO (Fast IDentity Online) certified security keys, which can connect to your device via NFC (near-field communication) and USB-A, USB-C and Lightning ports. You must add and maintain at least two security keys.

Here’s how to set up Security Keys for your iPhone:

Apple listed a dozen security fixes involving apps such as Mail, Maps, Safari and Weather. More fixes addressed exploits that can lead to arbitrary code execution and denial of service.

Emergency SOS has been updated to prevent accidental emergency calls. You still have to hold the side buttons to place the calls, but now they must be released as well.

Emergency SOS is on our list of settings you should check on your iPhone now.

Here are the bugs Apple squashed with the latest version of iOS:

Updating your iPhone is as easy as going to Settings > General Software Update and selecting Download and Install.

You may also like: How to prevent cross-site tracking on your iPhone, iPad and Mac