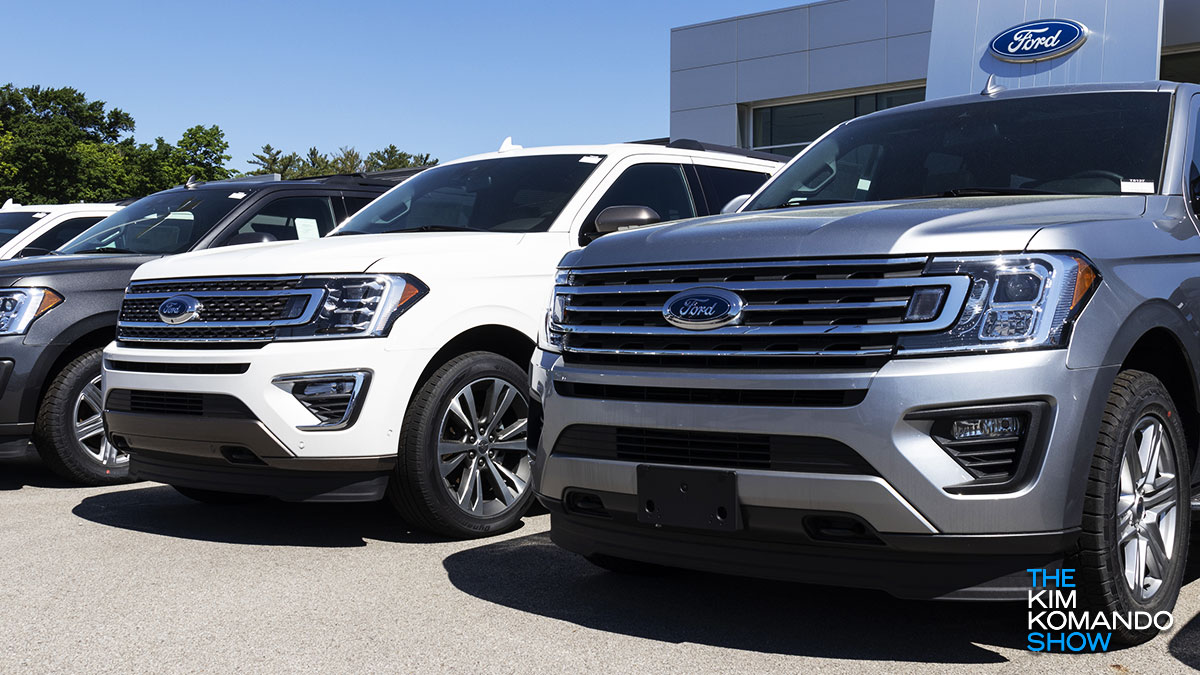 When a manufacturer releases a product to the public, they are responsible for any defects or overlooked issues. These could be minor, causing an inconvenience at best, or dangerous to consumer health and safety. The problem could affect a few thousand units or millions.

A recall of defective or dangerous products can be voluntary or mandated by the government. You can find recalls in every industry, from food to electronics. You should be particularly concerned when it comes to medication recalls. Tap or click here to find out how to check up on the contents of your medicine cabinet.

The Takata airbag recall began in 2013 with a handful of manufacturers and a few million airbags. It has since expanded to dozens of manufacturers and tens of millions of airbags. There have been numerous rounds of recalls and certain Ford vehicles are the latest to be added to the list. Read on to see if you may be affected.

The National Highway Traffic Safety Administration ordered a nationwide recall of Tataka airbags in 2014. The government agency estimates that 67 million airbags have been recalled in the U.S. since it began. These faulty safety devices had the potential to explode when deployed, and numerous cases resulting in injury and death were brought forward.

The recall affects vehicles from nearly any major foreign or domestic manufacturer you can name. Cars equipped with defective Takata airbags have model years dating back to the early 2000s. If your vehicle is part of the recall, you are entitled to have the airbags replaced or repaired free of charge.

The Takata airbag recall is the largest automotive recall in U.S. history. Tap or click for a site that lets you use your VIN to see if your vehicle is affected.

Have you driven your Ford lately? Be careful

Ford recently issued a recall for nearly 80,000 pickup trucks, which you can read about here. While that was an issue concerning windshields, the manufacturer is now being forced into the spotlight for airbags.

Faulty Takata airbags had inflators that could degrade after long-term exposure to humidity, causing them to deploy in situations where they’re not required and fire off metal fragments. Ford maintains that the latest group of its affected vehicles have airbags that operate differently and should not be included in the ongoing recall.

“Unlike previously recalled Takata airbag parts, these driver-side airbags contain a moisture-absorbing desiccant and perform differently,” Ford wrote in a press release. “Ford believes its extensive data demonstrates that a safety recall is not warranted for the driver-side airbag.”

The NHTSA denied the petition and Ford is moving forward with recalling 2.6 million vehicles. Dealerships will replace the driver-side front airbag inflator or airbag module.

Here is a list of the latest recalled vehicles:

Ford says it will begin notifying owners on April 1.

Use your VIN to check for recalls

Whether or not your vehicle is affected by the Takata recall, you can always check if there are any other ones. Your vehicle identification number, or VIN, can be found in a few places, including the driver’s side interior dash, driver’s side door pillar and on the vehicle title.

Once you have your VIN, visit nhtsa.gov/recalls and type it into the field. This will show you if your vehicle has been affected by a safety recall going back 15 years. You can also contact the NHTSA at 1-888-327-4236.

You can check your vehicle’s VIN through the manufacture itself. The following links will take you to the recall pages for some of the largest automotive manufacturers in the world:

5.9M trucks and SUVs added to the biggest auto recall in history

Easily diagnose your car trouble with these code scanners