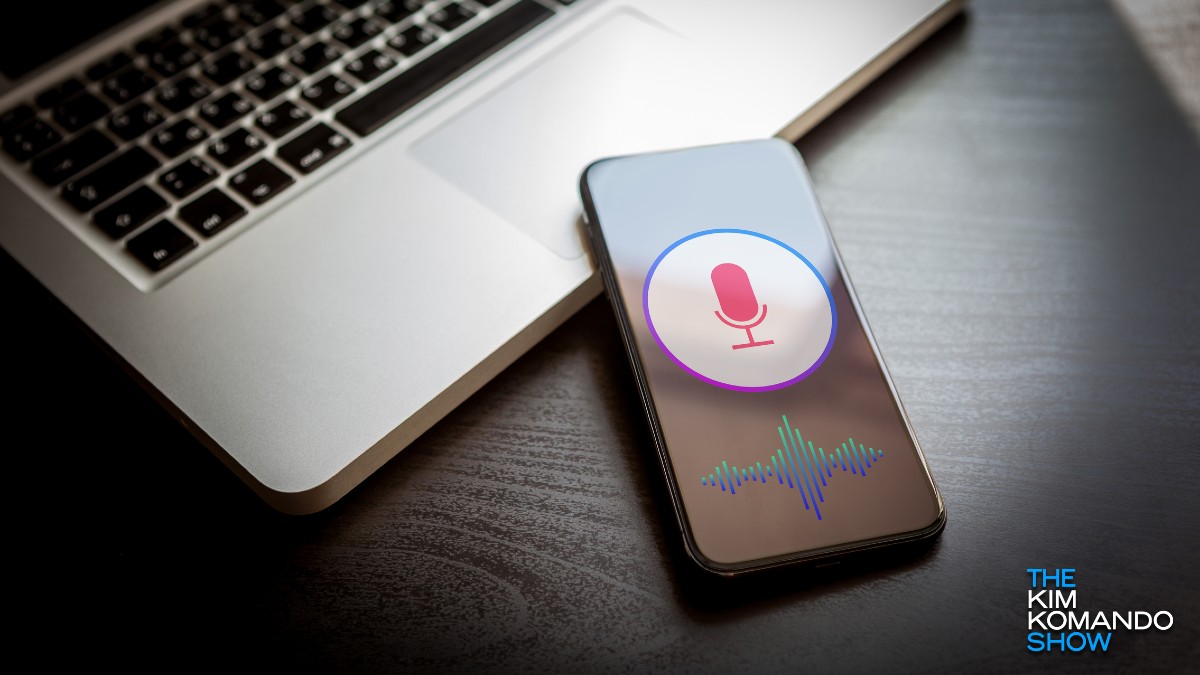 Voice recognition is undeniable proof that we live in the future, making daily life more convenient. But what’s the downside for always-on devices that constantly listen for commands?

It’s just that: They’re always listening. Nearly all voice-activated technology uses microphones that listen for “wake words.” It also means companies like Apple, Facebook and Google hear all your commands and can pick up conversations if your device thinks it hears the wake word. And these devices are accidentally activated far more often than you might feel.

We don’t blame you if you’re uncomfortable with how much your smart devices can hear in your home. Your smartphone alone contains cameras, a microphone and plenty of other tools that can be misused against you. If you want to take control of your privacy and keep conversations “behind closed doors,” here’s how to stop your smart devices from listening.

A common way your devices can spy on you has nothing to do with the companies who made them. Instead, this method involves tampering with your tech so it can spy on what you do and say. It’s called “stalkerware,” and if one of these dangerous apps is installed on your computer or smartphone, the person behind it may already know quite a bit about you.

Stalkerware apps are often marketed for “parental control” purposes, but these apps can be abused in the wrong hands.

They generally collect your web browsing history, text messages and phone calls. Some can even capture what you’re doing on-screen. So how can you spot them? A surge in data usage, odd charges on your bill and other red flags are clues that something is wrong. Tap or click to see the top 6 signs and what you can do.

Facebook sometimes requests access to the microphone for video chatting and text-to-speech purposes. But if you’re uncomfortable giving Facebook control of your mic, here’s how you can stop it.

(Note: There are many Android manufacturers, so the steps outlined in this article may differ from your model. If so, check with your model’s manual.) Don’t have your manual handy? Tap or click here for thousands of free online user manuals.

If you decide to shoot a video or chat with a friend, return to these settings and enable your mic. Switch it off again when you’re finished.

As convenient as virtual assistants can be, it’s common knowledge they can pick up snippets of private conversations if you say something that sounds like the wake word. If you’re worried about the privacy risks of your gadget’s always-on microphone, here are the steps to turn it off.

Smart home products make it easy to secure your home from intruders and trespassers, but even these devices have always-listening microphones. Here’s how you can disable audio recording on two popular home security devices: Google Nest and Amazon Ring.

Many smart TVs come equipped with voice recognition. Unfortunately, this means they, too, can listen in. Worse still, some of the most popular smart TVs spy on your viewing habits and sell that data.

If you want to stop your smart TV from listening to you and scanning your channel-surfing history, check out our detailed guide to disabling these features on TVs made by Samsung, VIZIO, LG and more.

Are you familiar with ultrasonic tech? Most people aren’t, but your smart devices are aware of it. “Ultrasonic” refers to radio waves that humans can’t hear. They’re perfect for stealthily issuing commands to smart devices.

Why would anyone want to collect these inaudible sounds? It comes down to money. Apps that use ultrasonic tech are constantly looking for “beacons,” which are audio clues that suggest where you shop and what you like to buy. These apps then pair browser cookies to your device to track you.

Thankfully, in 2017, Google announced that 234 Android apps using ultrasonic tracking would be banned or suspended. In 2021, the company banned cross-platform tracking as part of its ad policy.

But if you’re still unsure whether an Android or iOS app uses ultrasonic tech for other reasons, you can always disable the microphone using the exact steps you used for Facebook.

With your devices no longer listening, you can relax and feel less paranoid about using your tech. And the best part: You can always turn the microphones back on again if you want to use them. Just make sure you’re careful about what you say when they’re on — and don’t forget to turn them off when you’re finished.