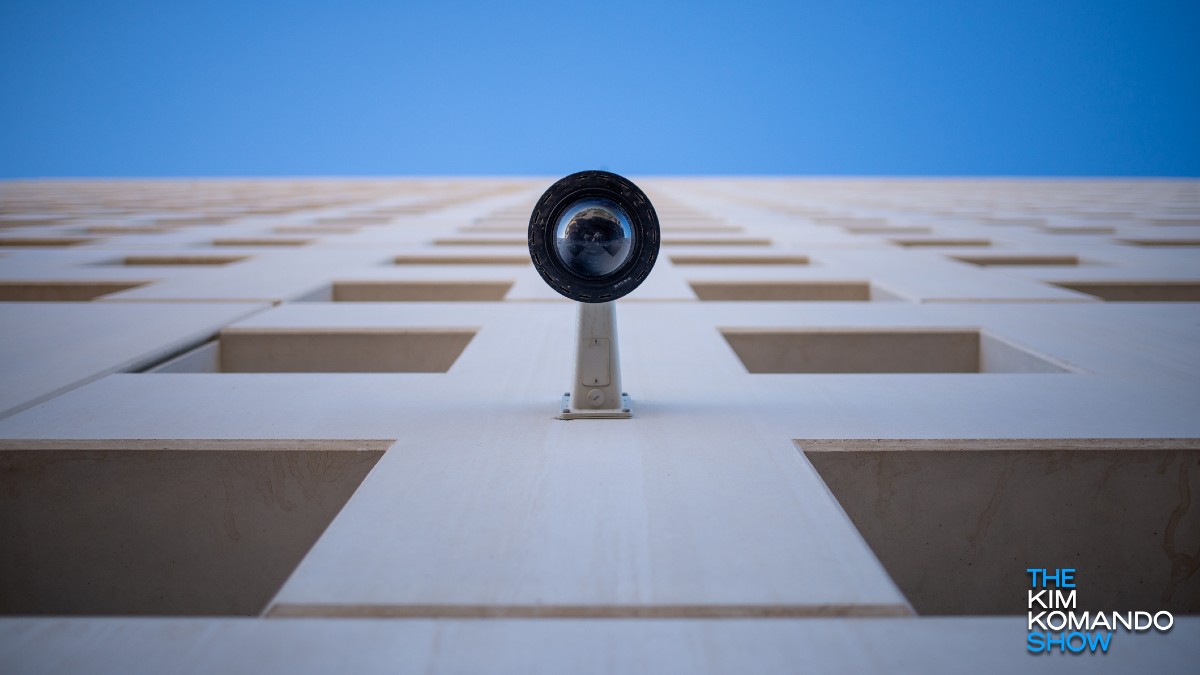 In decades past, computers filled entire buildings. Now, you carry one around in your pocket that weighs less than the shoes on your feet.

But just like phones, one other type of tech has grown even smaller over time: cameras. You already know about the one in your smartphone, but tiny cameras are everywhere — and they’re often used in the creepiest ways. Tap or click to learn more about the threat of hidden cameras in our modern age.

Like it or not, spy tech is here to stay. The spooky part? You might not know just how far people are willing to go to record you. A government and law enforcement contractor recently had its spy camera catalog leaked, and the internet is stunned at its capabilities.

Spies’ eyes in disguise: Who is ‘Special Services Group?’

A company by the name of Special Services Group has been covertly selling hidden cameras to government and law enforcement agencies. These clandestine surveillance devices come in many shapes and sizes — including rocks, cans, streetlights and even tombstones.

At present, there’s no way to browse the company’s catalog to see what it’s offering. But an investigative report by Business Insider details a product pamphlet obtained by transparency nonprofit MuckRock.

The so-called “Black Book” was obtained via an open records request to the city of Irvine, California, which is where Special Services Group is located. Little is known about the company, which has federal contracts worth more than $2.5 million. But public records show its clients include agencies such as the FBI, DEA, Secret Service and ICE.

Here are some of the most bizarre and unorthodox spy tools sold by Special Services Group to authorities. If you’re going about your life and run into any of these, someone else might know a lot more about your circumstances than you do.

1. A baby seat with a secret

Who the heck would think to put a camera in a baby seat? Well, Special Services Group did. And honestly? It’s pretty clever.

The size and shape of a baby seat allows for plenty of electronics to be stored inside. According to the catalog description, it’s perfect for loading in “drop cars.” This would imply it’s used to bug cars used by criminals in sting operations or cars where an undercover discussion may occur.

If you’re nervous about a camera hiding in a spot like this, do your best to scan for a familiar brand name. If you’re in a car with a baby seat and you’re not 100% sure the person you’re talking to is a parent, that off-brand product suddenly seems a lot scarier.

2. Whistle past the graveyard … and this Tombstone Cam

And we thought the baby seat was bad! This one is designed to snoop on cemeteries, which begs the question: Just how many shady activities go on in these places at night?

Much like the baby seat, a tombstone is a pretty clever disguise. It would blend right in, especially at night. Plus, nobody would think a cemetery was bugged.

In fact, that’s probably the reason criminals are going to cemeteries in the first place and why law enforcement would feel the need to snoop there at all. It’s a vicious cycle, really.

This is probably the scariest device on the list. Unlike the other tech, which are cameras, this one is a special tool that lets you eavesdrop directly. Using an ultra sensitive, high-gain microphone, this device can listen through thick walls and record conversations with reduced white noise.

And worst of all, if someone is using this device on you, there’s no way to know. It’s enough to make you want to communicate exclusively by text.

This is just a sample of covert technology sold by the Special Services Group. The Black Book contains several shady pieces of technology, and not all are currently known to the public.

But knowing just how covert these spy cameras can be might help you spot them more easily in the wild. Tap or click here to learn how to spot hidden cameras in your AirBnB or vacation rental unit.

If you’re the kind of person who feels inspired by this spy tech, rather than spooked, we can’t blame you. Surveillance tech is all the rage right now and occupied a top spot at this year’s CES show in Las Vegas. Tap or click to see the surveillance tech at CES 2020.

Although you can’t buy the crazy spy gadgets from Special Services Group, the following spy-tech picks are for sale right now on the web.

4. Watch from on high with the PalmVID smoke detector camera

Smoke detectors are one of the best places to hide a camera. They’re up high, which makes them hard for all but the tallest people to access. And a smoke detector flashes a light and beeps occasionally, anyway. Nothing suspicious about that.

This camera comes equipped with an SD card reader and can store up to 300 hours of recordings. It also comes with a two-year warranty and free lifetime tech support. These spies are nice guys, after all.

5. Nobody will guess you have a camera in your car keys, thanks to this Aukfa mini keychain

Honestly, we would have never thought of a key fob as a good location for a spy camera, but that’s probably why the engineers at Akfa did it. This is one of the smallest spying devices you can find, and it’s portable enough to go wherever you do.

Who doesn’t fidget with their keys occasionally? It’s far less obvious to use than some tricked-out pen or bow tie. The spies of yesteryear must be totally jealous.

Bonus: How to keep yourself hidden from hidden cameras

With so much surveillance tech in our lives these days, how is anything supposed to stay private? It’s not enough that our phones spy on us. Now, we know governments and police are watching us through cleverly disguised tech.

But people are getting more creative with ways to fool these cameras, and some of the most sensitive devices still rely on older technology that can be stopped with practical gear.

For example, pro-democracy protesters in China fooled security cameras by wearing their long hair in front of their faces as masks. This got around rules against wearing masks in public and successfully prevented their facial features from being recognized.

But protesters aren’t the only ones innovating in the fight against mass surveillance. In fact, inventor Cory Doctorow has come up with a special pair of glasses designed to deflect against infra-red spy camera technology.

His Reflectacles eyeware series is made of a special material that reflects the near-invisible light used by security cameras to mask the face of its wearer.

With the direction technology is going these days, it might not be a bad idea to pick up a pair or three. Stay safe out there, and make sure to keep an eye out for errant tombstones and baby seats. You never know who might be watching.