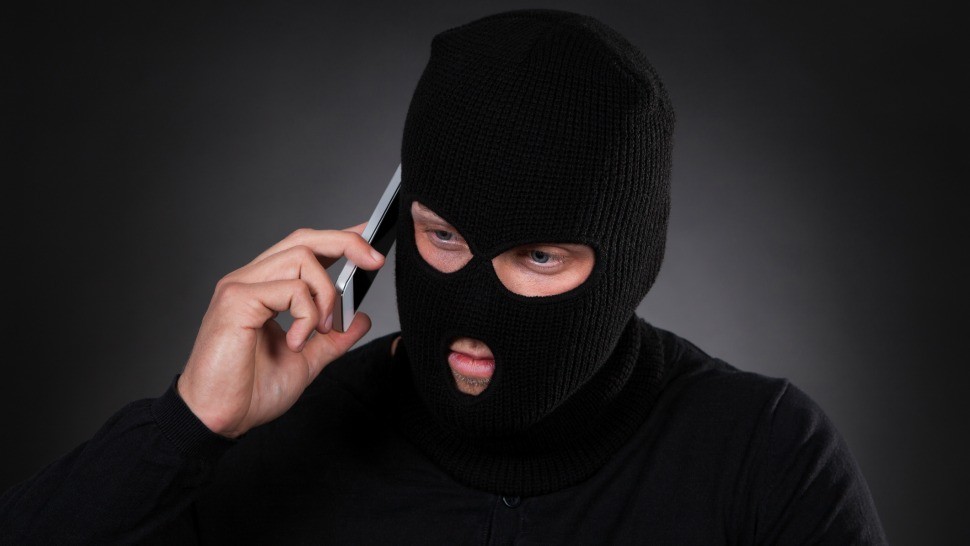 Unsolicited phone calls from people you don’t know can be irritating. They always have horrible timing, too, like calling when you’re about to sit down for dinner.

Some of these calls aren’t just annoying — they’re also malicious. There’s been a rash of phone calls lately where scammers try to trick victims into giving them sensitive data that could lead to massive financial losses.

That’s why you need to know about these five phone scams so you can stay protected.

The most recent scam hitting the phone lines deals with the U.S. government. The Department of Homeland Security (DHS) Office of Inspector General (OIG) just issued a fraud alert to warn citizens that the DHS OIG Hotline phone number is being used as part of a telephone spoofing scam. People from all across the country are being targeted.

The scammer pretends to be an employee with the U.S. immigration department and alters the caller ID system to make it appear as if the call is coming from the DHS OIG Hotline number (1-800-323-8603). The fraudster demands the victim verifies personal information through numerous tactics, including claiming they’re victims of identity theft.

One important thing to remember is that DHS OIG NEVER uses its Hotline number to make outgoing calls. It’s only used to receive information from the public, so you shouldn’t answer calls purporting to be from 1-800-323-8603.

If you receive a call claiming to be from the DHS OIG Hotline, do NOT provide personal information. The scammers are trying to get victims to reveal data like their Social Security number, credit or debit card info, birth date, driver’s license number, and bank account information. They’ll use the data to drain your accounts and/or steal your identity.

DHS wants everyone to know that the DHS OIG Hotline continues to be safe to use to report fraud, waste, abuse or mismanagement within DHS components or programs.

If you believe you’ve fallen victim to this phone spoofing scam, you should call the Hotline or file a complaint online via the DHS OIG website. You can also contact the Federal Trade Commission to file a complaint and/or report identity theft.

This is another telephone spoofing scam similar to the DHS OIG Hotline scam but with a twist — it purports to be a call from the FBI.

Fraudsters claiming to be FBI agents are calling people at random and telling them they’re being investigated for certain federal violations. The victim is told if they don’t pay a fee immediately, they’ll be arrested.

The call seems legitimate because the scammer spoofs the local FBI field office phone number and it displays that way on caller ID.

Warning: This is a scam!

The FBI does NOT call or email private citizens to demand money or threaten arrests. If you’re contacted by someone claiming to be with the FBI, verify the information with the Bureau. Click here to see a list of all FBI field offices in the U.S. and their contact information.

If you believe you’re a victim of a phone or online scam, click here to file an online complaint with the FBI’s Internet Crime Complaint Center.

A recent consumer alert warned Americans about ‘can you hear me’ scams. We actually warned you about these scams a few months ago. Now, the Federal Communications Commission (FCC) said the problem is getting worse.

The FCC is asking consumers to be careful answering calls from unknown phone numbers. Scammers are calling victims hoping to get them to say the word “yes” during the conversation that’s being recorded. The fraudster will later use the recording of the victim saying yes to authorize unwanted charges on the victim’s utility or credit card account.

The scam works like this: A consumer answers a call from someone impersonating a representative from organizations that provide a service the victim is most likely familiar with. The criminal could say they’re with a utility company, a mortgage lender or a credit card company, to name a few.

The scammer will ask, “Can you hear me?” The caller records the victim saying “Yes,” which they later use as a voice signature. This voice signature can be used to authorize fraudulent charges via telephone.

So what can you do? The FCC is telling consumers who receive a call like this to hang up immediately. If you think you’ve already received a call like this, you need to check your bank and credit card statements, as well as your telephone statement, to see if there are any unauthorized charges.

If you find unauthorized charges, it’s likely you’re a victim of what’s known as “cramming.” Report these charges as unauthorized ASAP.

You should also report the incident to the Better Business Bureau’s Scam Tracker and to the FCC Consumer Help Center.

The FCC gave these tips to help ward off unwanted calls and scams:

4. Why you should be worried about ‘smishing’

There’s a new type of scam you definitely need to be worried about called “smishing,” or SMS phishing.

This new texting scam looks so legitimate, anyone could fall victim to it. Scammers are spoofing banks’ phone numbers and sending text messages to customers. A spoofed phone number hides the actual number the text is coming from and displays a number from a trusted source, like your bank.

The text claims your debit card has been used to make a purchase and if you don’t recognize the transaction, you need to call their fraud prevention helpline. A phone number is provided.

Warning: This is not a legitimate bank phone number!

Because the incoming text looks like it’s from your bank, people are falling for this. If you do call the number provided in the text, the fraudster will answer the phone. They will then ask you to confirm your sensitive banking details, allowing them to steal money from your account.

Claire Pearson of the U.K. is a recent victim of this scam. She received the text, called the number and spoke to the fraudster for nearly half an hour, giving him all the sensitive banking information he asked for.

The scammer ended up draining her bank account of almost $90,000. When Pearson reported the fraud to her bank, her claim was denied. The bank said it was not at fault because Pearson willingly divulged personal security information.

Smishing scams are relatively new. Here are some suggestions to help protect yourself against them:

Do you remember us telling you about a group of hackers demanding a ransom from Apple? The “Turkish Crime Family” claimed to have gained access to a massive cache of iCloud and Apple email accounts. If true, this would’ve allowed the hackers to wipe everything from the victims’ gadgets remotely and reset their iCloud accounts.

Now, a new scam has popped up piggybacking on the hackers’ threat. People are receiving phone calls from swindlers pretending to be from Apple support. The scammer tells the victim their iCloud has been hacked and they need to verify their account details.

Warning: This is a scam!

Victims receive an automated message claiming to be from Apple support and are told their iCloud account has been hacked. They’re then redirected to a live person who is supposed to help take care of the issue.

Once on the line, the victim is asked for personal information and credentials to log into their Apple accounts. Some victims have even been asked to pay a fee to have antivirus software installed on their gadgets. To make matters worse, it’s not antivirus software that they’re paying for — it’s malware. Yikes!

This phone scam is another type of phishing attack. If you receive one of these calls you need to hang up ASAP!

You also need to be prepared for the criminal to make several attempts to trick you. Victims say they received the same call multiple times in a row before the scammer gave up.

An important thing to remember is that Microsoft and Apple will never call you to warn of a security problem. This is something you should always remember and be sure to tell people you know.