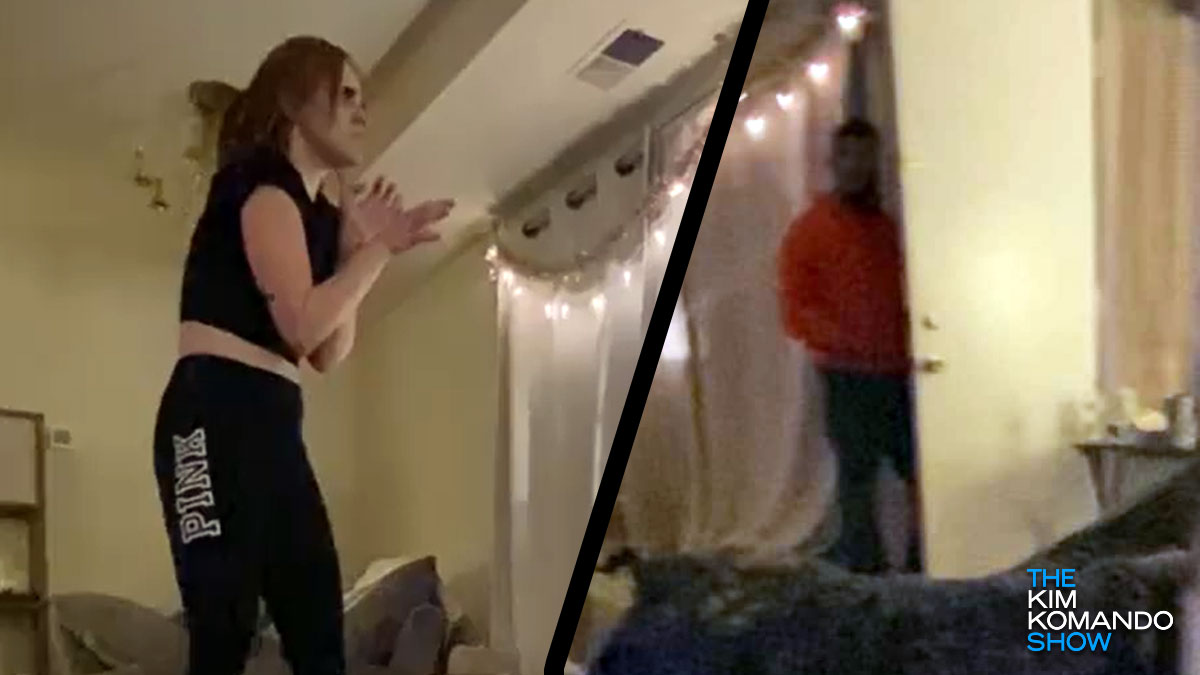 If there’s one app that’s defined social media for the past few years, it’s TikTok. Originally designed to share karaoke and dancing videos, the app has skyrocketed to success as a fun, short video platform beloved by Millenials and Generation Z.

If you’ve never used the popular app, check out our beginner’s guide on how to use it. Tap or click here for a complete breakdown.

Sadly, not everything in life or TikTok is all fun and games. One minute, you’re dancing the stress away, filming yourself having a fun time, and the next, your life is in danger. You won’t believe the shocking video captured by this popular TikTok performer.

Just last week, Hannah Viverette had the scare of her life. She was alone in her Maryland apartment, dancing for a TikTok video when a man broke into her home.

The now-viral video shows her freezing in fear as a man asks, “Are you my friend?” “No,” Viverette says, hunched over in shock.

“Are you sure?” Goads 36-year-old Rodiguez-Gomez, who allegedly climbed onto her second-story patio. As Viverette grabs her phone and runs off, she asks him to leave. Instead, he gets closer, standing by her bed and staring directly at the camera.

Viverette flees to a neighbor’s apartment, and the video cuts off. She had never spoken to the man before this moment, she wrote on an Instagram post.

However, she’d seen him before near her apartment complex. He “made a point to watch me and make many uncomfortable advances at me from a distance for months now,” she said.

Now those advances invaded her private, happy place, as she described dancing. “It is my outlet, my meditation, my safe place,” she said on Instagram. “More than not, I am recording my movements on my phone.”

TikTok is one of today’s top videos apps. In August of this year, it was the world’s most-downloaded app. Here’s everything you need to know about TikTok.

For a while, Viverette brushed off her stalker as a creepy neighbor. “It was the moment I came face to face with him at my door that I knew he was there to harm me. He kept his hands in the pockets of his hoodie with a smirk on his face,” she said on her post. “He mumbled something in Spanish, and then proceeded to take a step in.”

The clip Viverette shared of the Nov. 22 home invasion is now viral. The TikTok video has been watched over 26 million times.

Police arrested Rodriguez-Gomez three days later. They charged him with stalking, second-degree assault, and burglary. They also nabbed him for malicious destruction of property — he’d ripped away two feet of Christmas lights on her balcony.

Rodriguez-Gomez was later released on a $5,000 bond on Nov. 25, according to NBC News. On her most recent TikTok video, Viverette wrote, “I’m still dancin. Sun’s still shining. But… My stalker still walks free. Not. Ok.”

Here’s what you can do to stay safe

According to her post, Vivertte had left her balcony door unlocked for some fresh air. Keeping your doors and windows unlocked is, of course, a good first step to make sure this doesn’t happen to you. Tap here for Kim’s number one home security system.

Luckily, there’s a lot you can do to prevent break-ins. For instance, you can secure the inside of your home with a monitoring service. Here are some other steps to take:

Don’t forget about the outside of your house, too. To protect your place from the outside, try this:

A home security system can go a long way toward making your house unattractive to thieves, but there are more steps you can take to deter burglars. Here are nine tips you can implement right away.

In this case, tech helped a woman catch her stalker. But what if a predator uses tech to stalk you? Tap or click here to tell if someone’s bugging or tracking you.