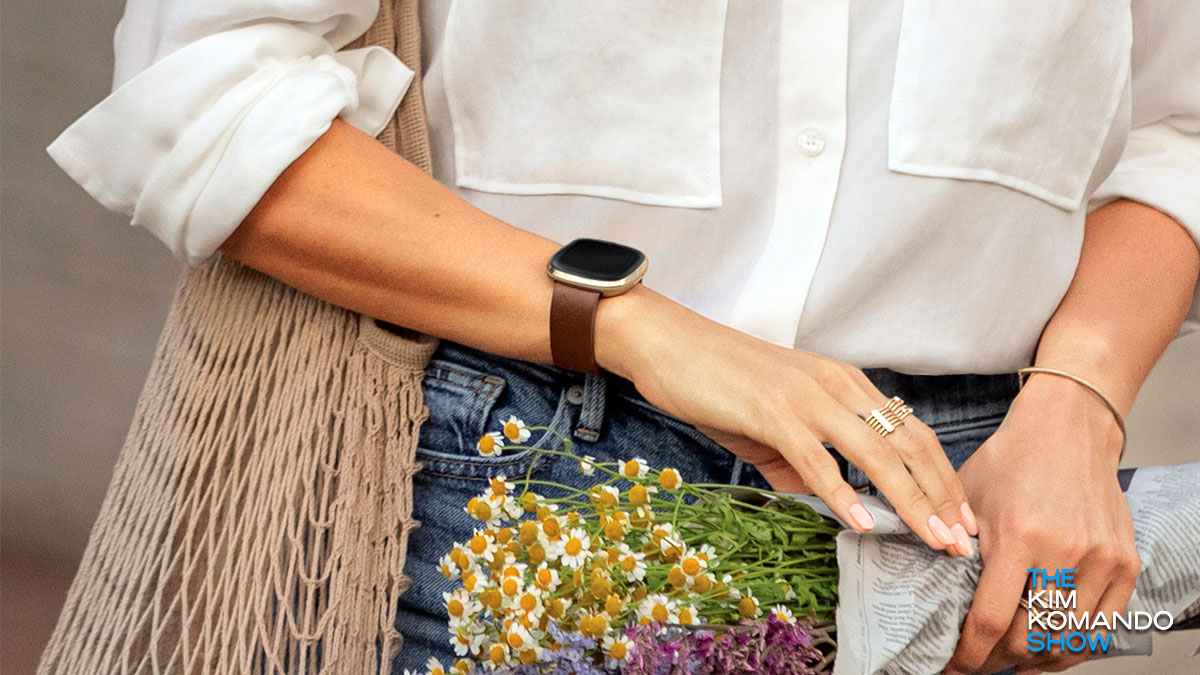 There are plenty of smartwatch options available right now — many with different features and unique capabilities. The Apple Watch, for example, is the only smartwatch that seamlessly integrates with your iPhone, while there are many options for Android users.

What you look for in a smartwatch will depend on your priorities, whether it’s smartphone notifications and capabilities or more to help you get into shape. Tap or click here to see five of the best smartwatches you can buy right now.

If you’re trying to narrow down the choices, you’re going to need to add one more to the list. Fitbit, the company best known for its health and fitness-focused wearables, just announced a new smartwatch — and it can do much more than just track your steps.

Its lineup of fitness trackers aside, the Fitbit Sense is the company’s first smartwatch release since the Fitbit Versa 2 about a year ago and there are some upgrades. Like the Versa, the Sense offers built-in GPS, an OLED touchscreen watch face, about six days of battery life and it’s water-resistant for up to 50 meters.

It also supports Fitbit Pay, and you can connect your Android smartphone with your watch — but this feature will only work if your phone is nearby.

The Fitbit Sense doesn’t stop there, and its finally ready to take on high-end smartwatches from Apple and Samsung.

Like the more recent versions of Apple Watch, the Fitbit Sense comes with an ECG that can detect rapid heartbeats in users — which can be a sign of more serious medical issues including atrial fibrillation. This feature is especially handy given that COVID-19 infections were recently identified as a cause of heart issues — even among the people who had mild cases.

The Fitbit Sense’s new tech that sets it apart is its electrodermal activity sensor, or EDA sensor, which can scan your skin temperature. The EDA sensor can tell if your skin feels hot, cool, clammy or some other temperature variation, and then works in tandem with the heart rate monitor to assess your stress level.

When you want to take a reading of your stress levels, you simply hold your palm over the watch screen and breathe. Once the Fitbit Sense has a good grasp on the patterns that occur when you’re stressed, it will score you on your stress level in the app — with lower numbers showing higher levels of stress.

The newest Fitbit software update — released earlier this year — added a specific SpO2 blood oxygen reading option to Fitbit watches. While this feature isn’t limited to the Sense — most newer Fitbits had a dormant SpO2 sensor that activates with the update — it is an incredibly useful one right now.

One of the main signs of respiratory distress due to COVID-19 is a low blood oxygen level, which is exactly what the Fitbit Sense and other newer Fitbits can check for with this feature. This number is noted as a percentage, with 95%-100% considered normal. Anything below that requires immediate attention, which your Fitbit Sense can alert you to.

The Sp02 sensor is found on the Fitbit Ionic, Versa, Versa Lite, Versa 2, Charge 3 — and, of course, the new Fitbit Sense.

The Fitbit Sense comes equipped with a redesigned optical heart rate sensor, which can offer more accurate data on your heart rate while running, exercising and sleeping.

This new Fitbit also offers another unique feature: Google Assistant. This isn’t terribly surprising, given that Google announced they would be purchasing Fitbit a few months ago. That deal has not yet been finalized.

What it costs, where to buy, and extra features

In addition to the new features, you can also opt into Fitbit Premium + Health Coaching, which pairs you with a Fitibit health coach who will chat with you, review the data your Fitbit Sense gathers and then create a customized fitness plan that fits your lifestyle.

This service comes with an extra fee of $55 per month after the free trial, but it’s a smart alternative to personal training that can keep you social distanced and in shape.

If you’re itching to get your hands on the Fitbit Sense, you’ll have to wait a few weeks. The new watch is set to release on Sept. 25 for $329.95. You can preorder the Fitbit Sense on Amazon by tapping or clicking here.

It’s not the only new Fitbit

The Fitbit Sense isn’t the only new product just announced by the company. There’s also the updated Fitbit Versa 3 and Fitbit Inspire 2.

The Fitbit Versa 3 comes in about $100 less than the Sense and is also available for pre-order with a release date of Sept. 25.

The Fitbit Inspire 2 is even more affordable and right now comes with a free one-year trial of Fitbit Premium. It’s also set to debut on Sept. 25.