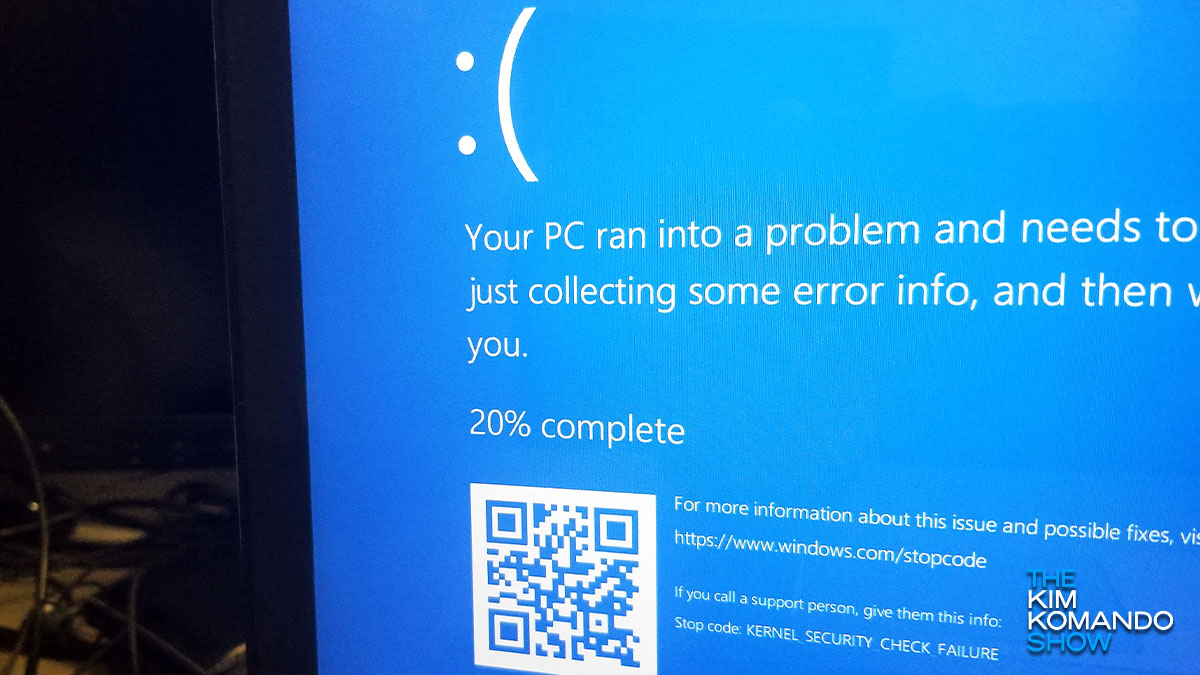 Most operating system and application updates come with new features that make the products better, or patches to fix what’s broken. Take Microsoft, which regularly updates Windows 10 with new features and updates to patch flaws and remove bugs.

Those updates aren’t always perfect and sometimes, problems you may be experiencing have nothing to do with changes to your operating system and can be easily fixed. Tap or click here for nine ways to make your slow computer run faster.

But sadly, not all updates are created equal and sometimes come with major flaws that can disrupt your system. Now another recent Windows 10 update is causing problems with some machines including crashes, slowness and even the Blue Screen of Death for a few. Thankfully there is a simple fix for these bugs.

Malwarebytes could be causing issues with your Windows machine

Microsoft recently released the massive May 2020 update for Windows 10. But since then, Windows 10 version 2004 has had a bumpy ride, to say the least.

There have been numerous reports that the update has been breaking printers, OneDrive, browsers and more. Tap or click here to find out how to fix those issues if you’ve been experiencing any of them.

Unfortunately, the problems don’t stop there. Many people who use Malwarebytes anti-malware software on their system are reporting issues like system crashes, random freezing and sometimes the dreaded Blue Screen of Death. It appears Windows 10 2004 might not be compatible with Malwarebytes on all devices.

The good news is there are a couple of simple fixes that can make your system functional again. One potential fix is to update Malwarebytes to Windows Beta version 4.1.1.71 which was released in early June.

How to update Malwarebytes to Windows Beta version 4.1.1.71

Open Malwarebytes and select Settings. Then, select the General tab and you’ll see a Beta updates section. Slide the toggle to the right to turn Beta updates on.

After enabling this, you’ll need to check for updates. Do this by selecting the About tab. You will see a section with Version Information and a link to “Check for updates.” Click that link and if Windows Beta version 4.1.1.71 is available, install it. This should take care of your issues. If not, there is one more thing you can try.

You may also like: Which browser is faster Edge or Chrome?

If you have Malwarebytes Premium, you can disable its ransomware protection tool. Some people have reported this fixes Windows 10 compatibility issues that they’ve run into.

The Current: All tech. No filler.

Stay ahead of the tech curve with The Current, delivered to your inbox twice a week. No fluff, no ads, no BS.

How to disable Malwarebytes ransomware protection

Recent updates are causing havoc with more than just Malwarebytes, too. If you use Outlook for email, you might run into a major glitch that will make you want to pull your own hair out.

Here’s what’s happening: According to Microsoft, after updating to Version 2005 Build 12827.20268 or higher and starting Outlook, you may see the following error prompt:

“Something is wrong with one of your data files and Outlook needs to close. Outlook might be able to fix your file. Click OK to run the Inbox Repair Tool.”

But, here’s the problem. If you click OK to run the Inbox Repair Tool, the problem doesn’t go away. You just end up in a never-ending loop of madness as the same message keeps coming back over and over again.

Microsoft says an initial client fix is available in Insider Beta version 13004.10000. It’s not sure if the primary fix will come from its Outlook Team or Windows Team, but in the meantime, there is a workaround you can incorporate.

But, proceed with caution! Microsoft warns that this workaround means you’ll need to modify the registry and if it’s done wrong, it could cause major system problems. That’s why it’s critical to follow these steps exactly and it’s a good idea to back up the registry before continuing.

How to workaround the latest Outlook issue:

Your Outlook should work properly now after making these edits. Keep checking back with Komando.com to see if more updates are causing problems and how to fix them. We’ll pass along the fixes as soon as possible.