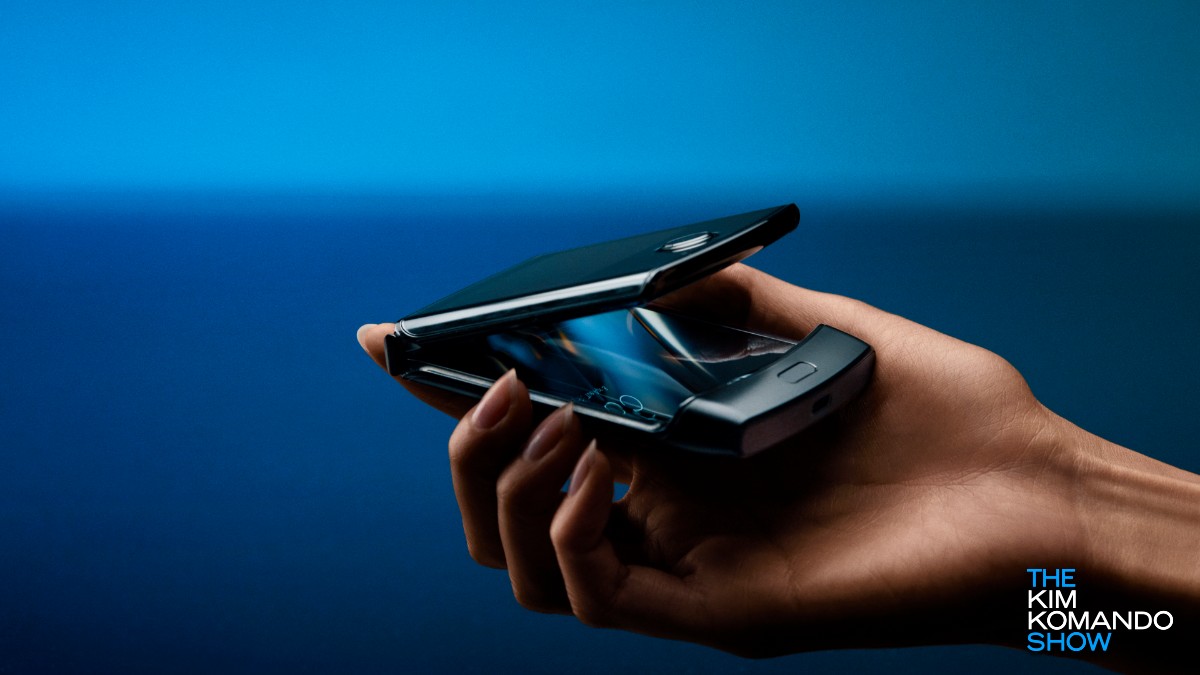 The ’00s were a drastically different time than today. The internet was just starting to become mainstream, smartphones were nowhere to be found and the king of the mobile arena was a modest flip phone with a sleek design: Motorola’s Moto RAZR.

Flash-forward to the 2010s, and you’ll find tons of affordable, high-tech, internet accessible phones . But one thing they all have in common is their shape — boring, rounded rectangles. Other than Samsung’s Galaxy Fold, you’d be hard-pressed to find more interesting phone designs today. Tap or click to learn how to buy the Galaxy Fold.

But now, the Moto RAZR is coming back. Motorola has revealed a sleek new folding smartphone that combines a durable clam shell design with the silhouette and namesake we all know and love. And best of all, it’s just about ready for pre-orders. Here’s how you can get your hands on one.

Return of the RAZR

Update 1/22/19: The wait is finally over! Motorola will officially begin accepting pre-orders for the new Moto RAZR on Jan. 26. It’s currently scheduled for release in the U.S. on February 6, and you can get it exclusively from Verizon’s website and in-store.

Motorola has officially announced the new Moto RAZR — the official successor to the iconic phone of the mid 00’s. Built around the design notes of the original, the new phone features a folding clam shell design that protects the internal screen from hazards.

The exterior of the phone features a 2.7-inch gOLED touch screen for notifications and quick replies to text messages, as well as a 16 megapixel camera that can be used for selfies when the phone is folded.

The main attraction is the folding display. Much like the Galaxy Fold, the Moto RAZR has a flexible display mounted on a hinge that packs a larger screen in a smaller package. When the phone is opened, it reveals a larger aspect ratio compared to competing smartphones, for a truly cinematic experience.

As for tech specs, the phone runs Android 9 on the Snapdragon 710 chip, has 6 GB of RAM and comes with 128 GB of storage. It’s not quite as powerful as flagships like the Galaxy Note 10 or iPhone 11 Pro Max, but it’s still more than enough to pack a wallop.

The internal screen is a 6.2-inch foldable pOLED with an 876p resolution that actually beats out Apple’s iPhone in sharpness.

This is all well and good, but what’s the catch?

Glad you asked! Just like its direct competitor, the Samsung Galaxy Fold, the Moto RAZR isn’t cheap. It starts at $1,500!

But on the bright side, Motorola is covering its bases on quality control prior to launch. Early adopters will enjoy one year of free screen repairs if the phone is damaged during normal use — complete with a 24-hour turnaround time. After the first year, replacement screens will set you back $300.

At this point, adopting any new technology is a bit like gambling. Is having the latest and greatest phone on the market worth the overhead cost? We won’t know for sure until the Moto RAZR is in the hands of reviewers, but at the very least, the screen warranty is enticing.

Compared to what reviewers went through with the Galaxy Fold, the Moto RAZR might just be a walk in the park. Click or tap to see why the Galaxy Fold was delayed (it ain’t pretty).