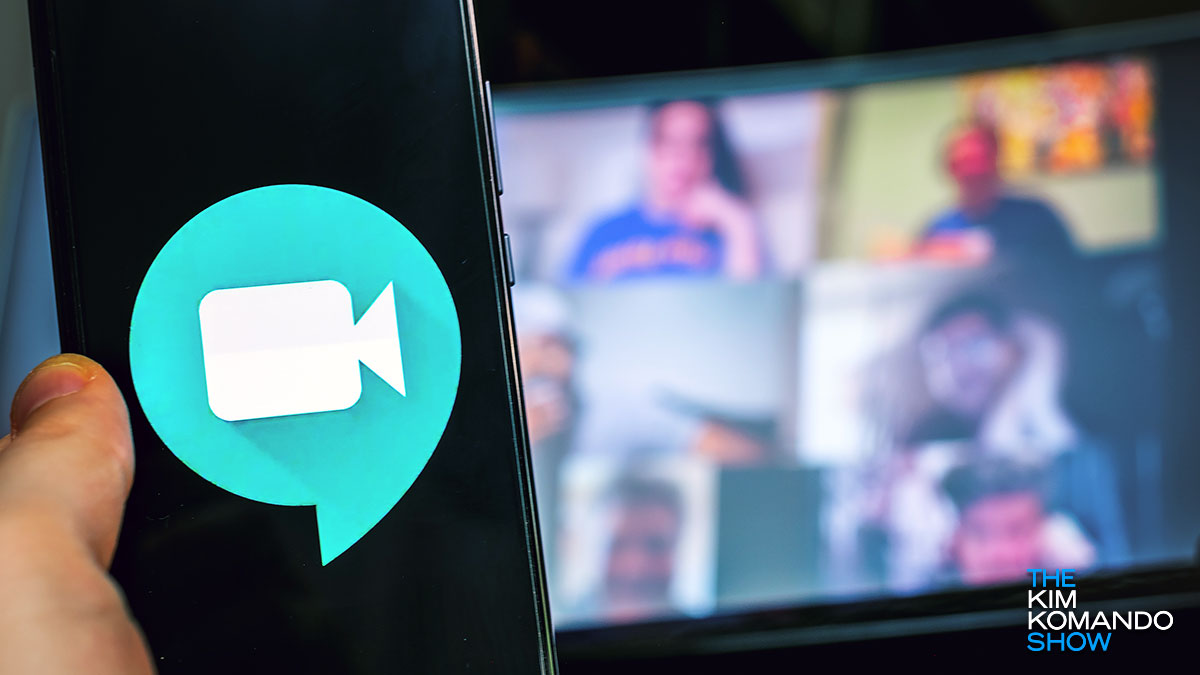 Have you been getting work done via video calls and conferencing services? Nearly every American working from home has been a part of some kind of group video meeting, and as the COVID-19 pandemic rages on, this trend is unlikely to slow.

Because of demand for stable video conferencing programs, apps like Zoom, Skype and Google Meet have gone out of their way to vie for attention and show their advantages over competitors. Tap or click here to see how the biggest video-conferencing apps stack up against one another.

Aside from custom backgrounds and security updates, there haven’t been too many changes to the functionality of these essential programs. But now, Google is introducing a new feature for Meet that will change your video calls forever. Here’s why this new update may make you want to switch sides.

Google is officially introducing a new feature to Meet that has the potential to put its competitors to shame: AI noise cancellation. With this feature enabled, background sounds, mic feedback and other distractions will be filtered and muted — meaning clearer calls and dialogue for all call participants.

The feature was first announced in April, but as of this week, it’s starting to roll out to select Google accounts across the board. Not everyone will get access immediately, but the company expects the feature to roll out to almost everyone within the next few weeks. Mobile users on iOS and Android may have to wait a bit longer, however.

Google’s noise cancellation feature is sensitive enough to detect sounds like doors slamming and dogs barking, and mutes them based on a single qualifier: They’re not the sounds made by a human voice.

How does Google know this? Well, it’s only spent the last few years perfecting speech recognition through the use of Google Assistant and its human audio-reviews. Tap or click here to see how the controversial program worked.

Because Google knows what to look for (it’s always listening for wake-words on Assistant-enabled devices), it also knows what to ignore. But unlike Assistant, this feature in Google Meet calls only pertains to the audio generated when you’re inside a call.

It’s not quite the privacy nightmare you might have expected, but it’s still based on the achievements of a previous one.

To get AI noise cancellation, you don’t need to do anything extra. The feature will automatically be enabled once it’s available for your account, and frankly, there isn’t much of a reason to turn it off during Google Meet calls. If you’re the only one with a fuzzy, feedback-prone microphone, it might not look so good to the rest of your coworkers.

A new challenger enters the ring with a much creepier ‘solution’

Not one to sit out any industry-wide upheaval, Apple is also throwing its hat into the video-conferencing ring with a new patent that proposes “dynamic background blurring at a frame-by-frame level.” Under this patent, users who have Apple’s system installed can have their backgrounds automatically blurred to hide sensitive information like text or graphics.

As useful as this feature sounds, it has some problematic elements in how it would function. Because it works on a frame-by-frame level, this means every moment of footage from your video call would first be routed through Apple and then adjusted before anyone else sees it.

In other words, Apple gets to see everything your camera sees — and not everyone is comfortable with that. This is especially true thanks to Apple’s previous entanglements with privacy issues. Tap or click here to see how Siri also transcribed audio and sent it back to Apple.

More likely than not, however, the tech will be used for something more like Animoji than censorship. That would be so Apple to release a video conferencing app where everyone has laughing mouse faces instead of their real ones. But any upcoming plans for such an app in the future are currently unknown.

The tech industry has shown us just how flexible it is during world-changing crises like the COVID-19 pandemic. One can only hope this ingenuity is put towards a positive purpose rather than a greedy or invasive one. But given the industry’s previous tendencies, color us skeptical.