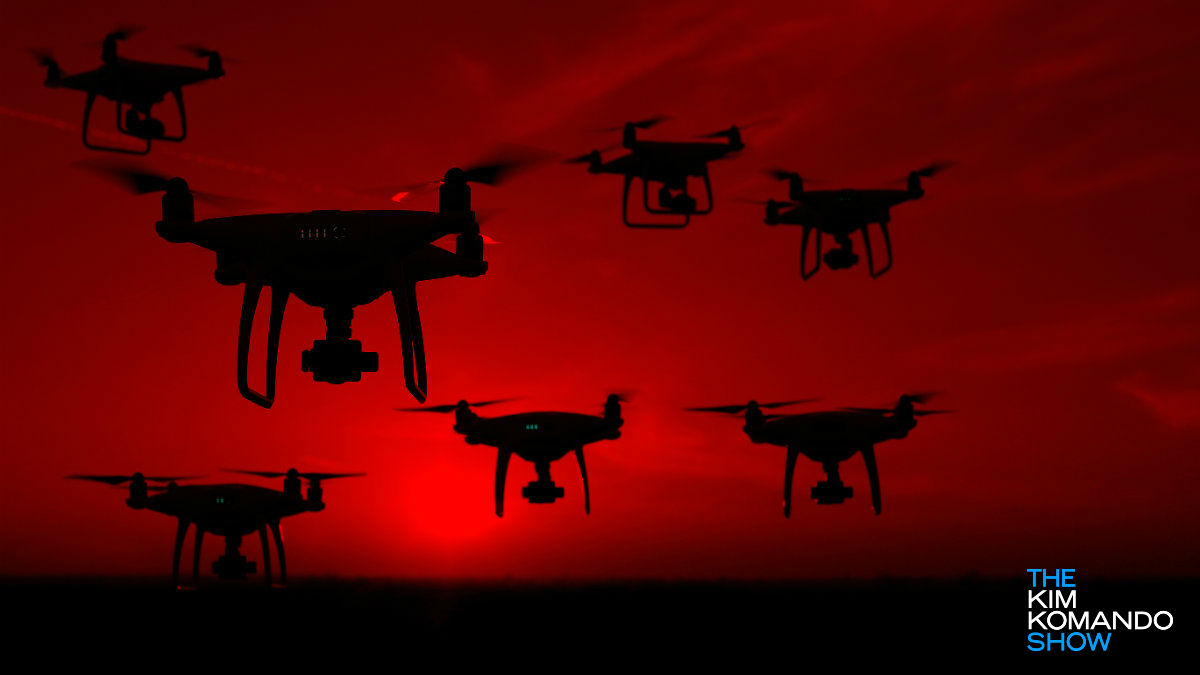 It’s even changing the world of toys. Instead of children finding a boring old doll under the Christmas tree, there’s a good chance they received something more exciting like a drone. You just need to be careful which drone you gift. Tap or click here to find out how some Chinese-built drones could be spying on you.

Speaking of drones, a bunch of mysterious drones have been spotted swarming the same areas of the U.S. and nobody knows where they are coming from. Who is flying them, where are they coming from and what’s going to be done about them?

Are aliens among us?

It’s been more than 70 years since the alleged UFO sighting at Roswell. Seven decades have gone by and people are still looking to the skies in hopes of spotting alien life.

Frightened citizens have been reporting to local officials that they’ve been spotting groups of drones flying across Colorado and Nebraska over the past few weeks. The sightings usually occur between 7 and 10 p.m.

Officials told the Denver Post that most reports claim the drones fly in groups of six to 10 and hover a couple of hundred feet in the air. The reports have been confirmed by local and federal authorities.

RELATED: What you need to know about the FAA’s plan to track most drones in the U.S.

But here’s the thing, no one seems to know where the drones are coming from and nobody has come forward to claim responsibility.

What makes it more creepy is the flying pattern of the drones. They all apparently have about a six-foot wingspan and fly in a grid-like pattern.

And they are being flown in airspace controlled by the federal government, but government agencies say they don’t’ have any information on what’s going on. The Yuma county sheriff in Colorado posted the following message on Facebook explaining people’s fears:

RELATED: Yes, now there are actual flamethrowers you can attach to drones

I’m sure you can understand why people are a little uptight about the situation. Some have even suggested police come out and shoot the drones out of the sky; however, the Yuma County Sheriff’s Office doesn’t have jurisdiction over the airspace and would be breaking federal law by shooting them down.

At this point, all they can do is try to find out who is behind the drones. The good news is they don’t appear to have malicious intent. Up until now, they’re just causing some locals to panic. If we hear any changes we’ll let you know ASAP. Keep checking in with Komando.com for updates.