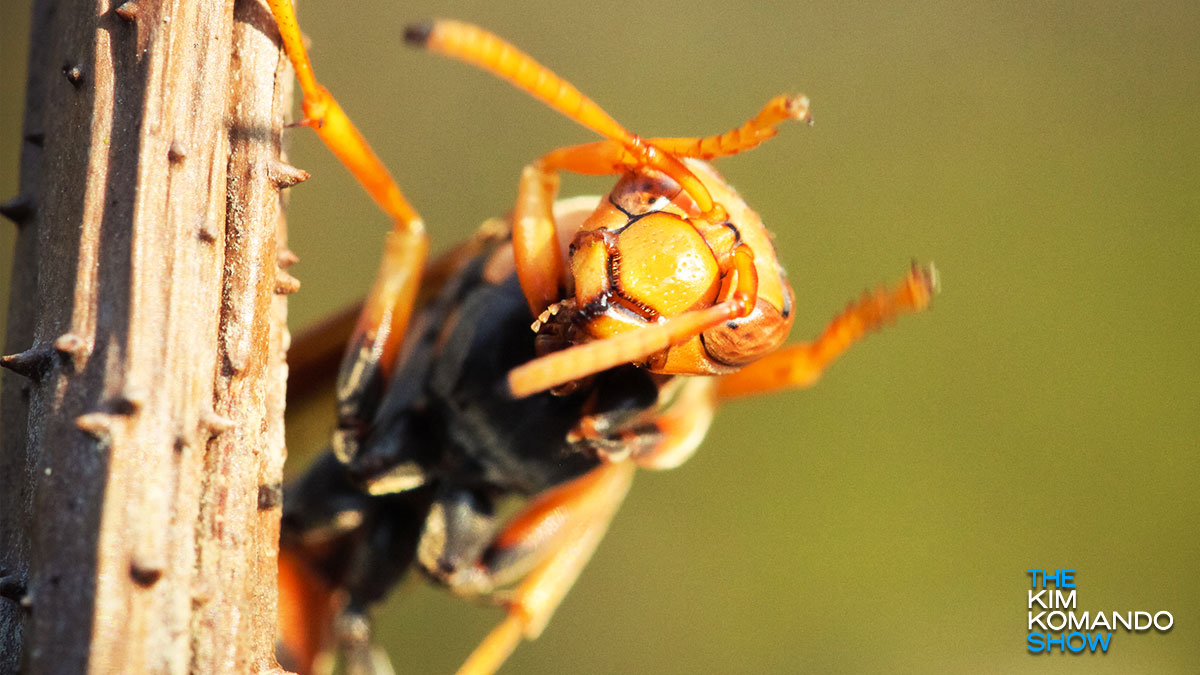 Our civilization went into the year 2020 thinking we’d be able to see our way through the new decade clearly. Now, most people can’t wait for 2020 to be hindsight.

Within the span of a few short months, war nearly broke out with Iran, the Pentagon officially declassified UFO footage and a global pandemic shut down nearly all aspects of our normal lives. It’s no wonder so many of us are sick to our stomachs with anxiety. Tap or click here to see 5 apps that can help you cope with stress.

But it’s a new month in 2020, which means another strange threat coming out of the blue. This time, it’s the world’s largest hornet, an aggressive species native to Asia and affectionately called the “murder hornet” by researchers. Well, this insect has somehow made it to the U.S., and it may be an invasive species.

The “New York Times” has reported that Washington State officials are concerned with the arrival of a species of hornet once thought to only be found in Asia. If not properly contained, they fear the hornet may devastate local honeybee populations, as well as potentially put humans and household pets at risk.

Related: Tap or click to see how you can track your pet using tech

The Asian Giant Hornet, called the “murder hornet” by Japanese researchers, is a one-and-a-half-inch long wasp with a stinger long enough to pierce through beekeeping suits. It has two sharp, pinching mandibles on its face that it uses to cleanly decapitate honeybees while it feeds their bodies to its young.

The hornets are eusocial like most wasps and bees, and form colonies around a central queen. These colonies can be particularly deadly if disturbed, as the wasps can inject a significant amount of venom during group attacks. This has resulted in the deaths of nearly 50 people yearly in Japan — the reason behind its murderous moniker.

It’s a nightmare of a bug, and somehow, it’s made its way into our backyard. A definitive reason has not been discovered for this unusual migration to Washington State but confirmed sightings signed off by entomologists have local beekeepers up in arms.

One of these wasps can easily kill many bees at a time, and should a swarm make a move, honey production and the overall survival of the hive are at stake. To make matters worse, local bees in the area are responsible for pollinating regional plant life. The effects of this invasive species on the flora and fauna is a dangerous unknown.

What can I do to protect myself and my pets from murder hornets?

In short, the best thing to do is run away. Fast! You have no reason to spend any time near these aggressive bugs, and stings from them are among the most painful in the insect kingdom. Jut ask YouTube personality Coyote Peterson of Brave Wilderness, who was almost knocked out by the hornet’s venomous sting.

If the giant hornets’ population takes hold in the area, there’s no telling what might happen. Fortunately, scientists with the Washington State Department of Agriculture are setting traps and working to eradicate these hornets before their numbers can explode. Whether they’re successful or not remains to be seen.

In any case, the social media reaction to the appearance of murder hornets has been one of disgust and panic with a heaping dose of pitch-black comedy.

Murder Hornets, but with the right lawyer, Manslaughter Bees

CDC: how can we get them to stop going outside?

Okay but have we heard the murder hornets’ side

Invasive species are no laughing matter, and it’s almost comical that we get such a nasty one at this point in an undoubtedly historic year. Perhaps the aliens from the Pentagon’s UFO footage may have the technological solution we need to wipe out the murder hornets before they can take root in America. One can only hope.