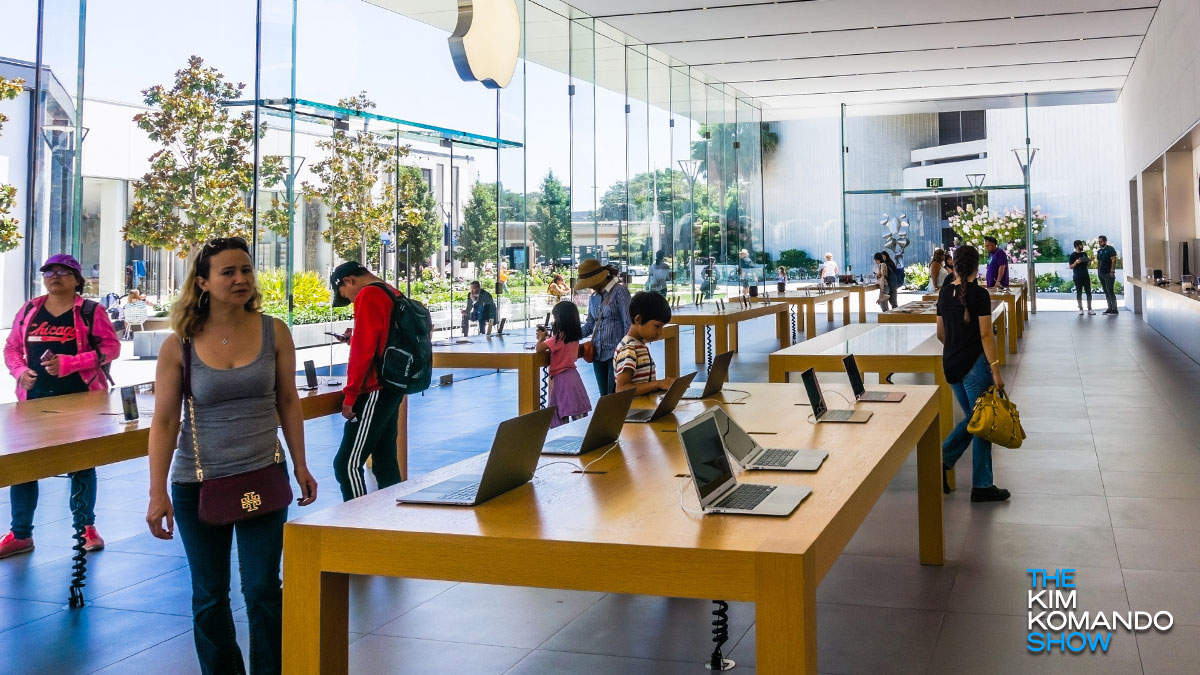 Apple has long included security features for its smartphones and other gadgets, and one of the most prominent the company has to offer comes bundled with every single iOS device it makes: Activation Lock.

This feature works by using your Apple ID and password to ensure the phone can be tracked if stolen. What’s more, it can remotely erase the device if the user logs in via iCloud.com. And because this feature takes place at the firmware level, resetting the phone won’t remove the lock. This even applies to people selling their own phones! Tap or click to see why.

During civil unrest following protests against the death of George Floyd, several Apple Stores in different states experienced break-ins. Phones and other products were taken, but they won’t be of much use to anyone who gets their hands on them. Here’s why.

What’s up with the Apple Store demo phones?

iPhones swiped from an Apple Store might not be able to do much more than run their limited demo reels, but as of 2016, they won’t even do that once they pass through the doors.

In recent years, Apple has changed the way its demo products function as a potential deterrent to theft and damage. According to reports from 9to5Mac, devices taken from an Apple store will only respond to Find My iPhone and nothing more. Resetting the phone will not remove the lock, and accounts set up on each device are controlled and owned by Apple.

This is the reason why demo iPhones no longer require tethered cords at retail displays.

Should any secondhand iPhones appear on the market with Find My iPhone activated, avoid buying them at all costs. Even if you’re saving money, you’ll only be getting a brick of a phone that won’t turn on or make calls. Tap or click here to see how Find My iPhone even prevents donated iPhones from being useful.

Apple is watching, too.

The Activation Lock might actually be the least of a thief’s problems, too. According to reports from social media, iPhones stolen or displaced from Apple retail stores are now displaying the following ominous message:

Please return to [Apple Retail Store location]. This device has been disabled and is being tracked. Local authorities will be alerted.

In all likelihood, this isn’t an empty threat, either. Apple deploys tracking technology for users to take advantage of as part of the Activation Lock program. There’s no reason to believe the company wouldn’t access the same technology for its own ends.

Needless to say, if you buy a “used” iPhone that shows this message upon booting up, there’s no doubt that it’s a stolen device. But even if the device is not powering on, you can use an IMEI checker to verify that the phone you’re using is a legitimate pre-owned product.

The Stolen Phone Checker website was developed by the US Wireless Industry’s trade group CITIA and features a database of known IMEI and serial numbers to check yours against. Tap or click here to see Apple’s guide on where to find your IMEI.

Store closures across the nation

In light of demonstrations across the U.S., Apple has announced that the majority of its retail stores would be closed through the night of June 1. The company plans to assess the situation on a day-by-day basis, and may update its policy should the need arise.

Presently, the plan is for the company to continue reopening stores in the coming weeks, albeit with safety features that protect guests and employees from COVID-19 exposure. Face coverings will be required and will be provided by the store.

Several stores may also only offer online appointments and curbside pickup, initially. For more information, visit Apple’s store locator page to see the closest store near you, and what policies and hours may apply in your area.