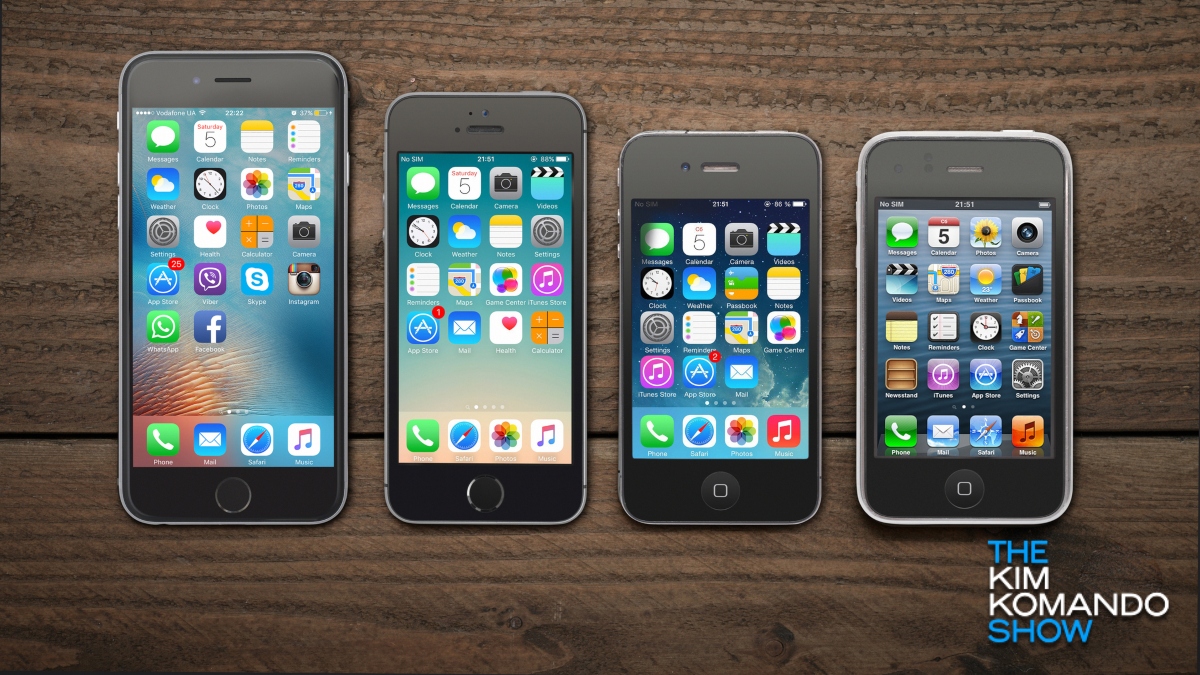 Like clockwork, Apple iPhones get a major update each year with the release of the latest version of iOS. These come with security and software improvements, as well as new features and that trend continued with last fall’s release of iOS 13.

After the initial rollout each year, the company spends the following 12 months fine-tuning the update like they did only days ago with the release of iOS 13.3.1. Tap or click here to find out about the critical flaws this iOS update fixed and how to make sure you’re running the latest version.

Unfortunately, these major iOS releases aren’t well-received by everyone, especially those with iPhones that are several years old. But if a new report is accurate, this fall’s expected release of iOS 14 could mean good news for owners of older models.

A new lease on life for older iPhones

If nothing else, Apple is consistent year after year when it comes to the release schedule of new iPhones and iOS software. That means we should expect to see the upcoming iPhone 12 lineup, if it keeps the same naming convention, running iOS 14 right out of the box.

Typically, those yearly iOS releases debut a few days before the latest iPhones arrive, so those with previous generations can update to the latest software without having to upgrade their device. But with each new release, certain lines of older iPhones are unable to be updated due to hardware limitations.

That might not be the case this year. According to a leak originating from French gadget site iPhoneSoft, every iPhone that’s currently compatible with iOS 13 will also work with the upcoming iOS 14.

You may also like: Apple set to release a cheap, affordable iPhone

How iOS 14 could be different

If the leak is true, that’s great news for people who own models as far back as the iPhone 6S and 6S Plus, which were first released in the fall of 2015. iPhoneSoft’s unnamed source claims those iPhones, along with the following devices, will be compatible with the next major update:

If accurate, the news isn’t completely surprising. Whether it’s an iPhone or a smartphone made by another manufacturer, most modern devices are built to last longer than previous generations with better batteries and internal specs.

So even though Apple won’t see people rushing to upgrade to the latest iPhone each year, happier customers who keep their older phones longer are still loyal. That, and Apple doesn’t have to rely on hardware for their major source of income, thanks to their recent push into subscription services.

What else to expect

When the iOS 14 announcement is made in June at Apple’s annual WWDC event, if tradition holds, sources claim backward compatibility won’t be the major focus. Instead, expect to receive tons of features for Apple Arcade, Apple TV+, Apple News and Apple Music.

RELATED: Tips and tricks for getting the most out of Apple TV+

What these new enhancements might be remains unclear. But when more leaks get out, we’ll be right here to update you.