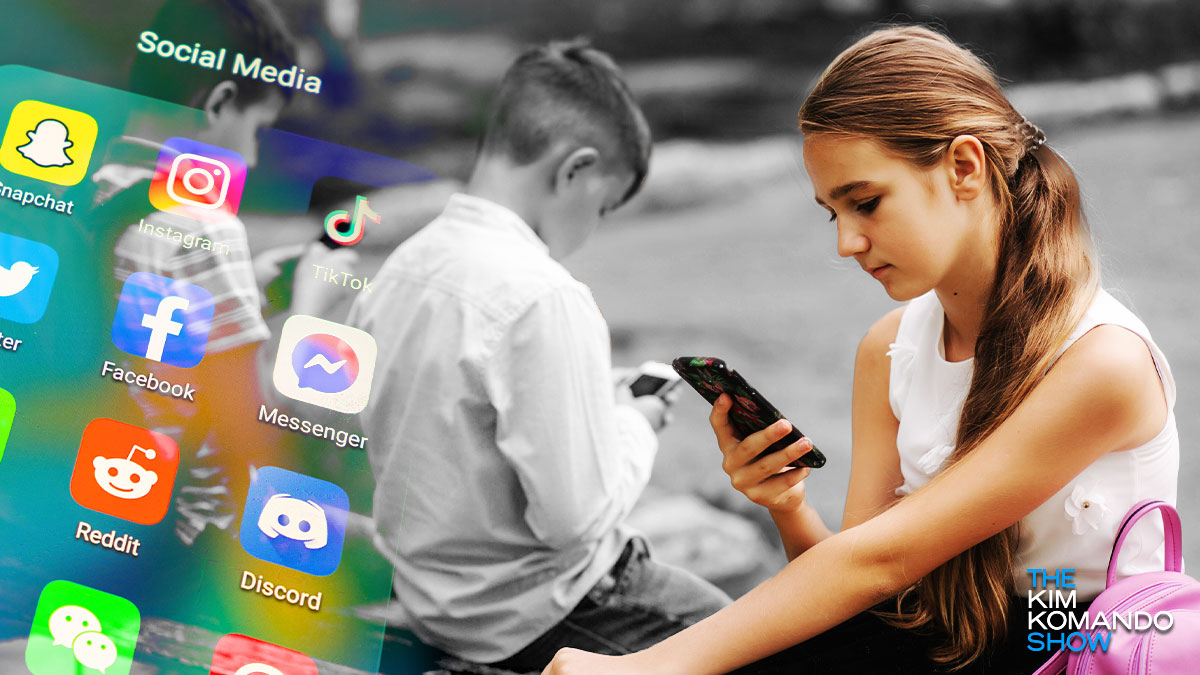 You can view our digitally-connected world as a blessing and curse. While we have more access to more information than ever before, not everything we come across is helpful or good for us. In fact, it can be dangerous.

Social media started as a platform to catch up with friends and family but it has also become just another way for impressionable young people to hurt themselves. Viral challenges can be harmless, but one deadly trend is making a comeback and parents should know about it. Tap or click here for help with discussing these disturbing challenges with your kids.

Recent studies are showing just how much kids and teens are using social media — and when it could hurt them the most. Read on for our breakdown of two big studies and some tips on protecting kids online.

The pandemic plays a big role in media use

A recently published Common Sense report entitles “The Common Sense Census: Media Use by Tweens and Teens, 2021” shows how the pandemic has affected children’s use of media.

The study focuses on which activities children enjoy most to how often they engage in these activities to how much time they’re spending with these activities. The types of media in the study include television, video games, social media, digital and print media, content creation, podcasts and more.

The data is divided up by two age groups: tweens (8 to 12-year-olds) and teens (13 to 18-year-olds). Further results are shown for variations in gender and race/ethnicity. In all, 1,306 young people aged 8 to 18-year-olds from across the U.S. were surveyed for the study.

Would it surprise you to know that the Common Sense study showed a rise in screen use by 17% for tweens and teens from 2019 to 2021? That’s a higher rate of change than the four years prior to the pandemic.

The study also revealed the social media use is growing among among 8 to 12-year-olds. Snapchat was the top social media site among tweens, followed by Instagram, Facebook, Discord, Pinterest and then “Any social media.”

Teens spend more time on social media and rank Instagram at the top but this group also enjoys social media less overall than the tweens.

The favorite activity of all ages, races/ethnicities, income levels and genders is watching online videos. Tweens followed this up with television then video games, while teens listed video games followed by social media.

The study found that younger people are more sensitive to the negative effects of social media. Higher use predicted a decrease in life satisfaction one year later for males 14-15 and females 11-13 years old.

A later increase in sensitivity to social media hit again at 19 years old for both sexes. The study states that this could be related to big changes that come around this age such as moving away from home and/or starting college.

Talk to your kids about the risks of spending so much time online because simply put, their physical, emotional and mental health are absolutely affected. Staring at a screen puts strain on the eyes and can lead to laziness and lack of exercise.

You can monitor your children’s online activity and enable parental controls to get a handle on their screen time and what they use it for.

Kim created the Kids’ Tech Contract to assist in setting boundaries, including limitations on device usage, apps and websites. Tap or click here for the full document that you and your child can sign. Also spread the word to family members and friends.

If you see these emojis, your kids are doing drugs

How to spot fake Russian social media accounts and posts