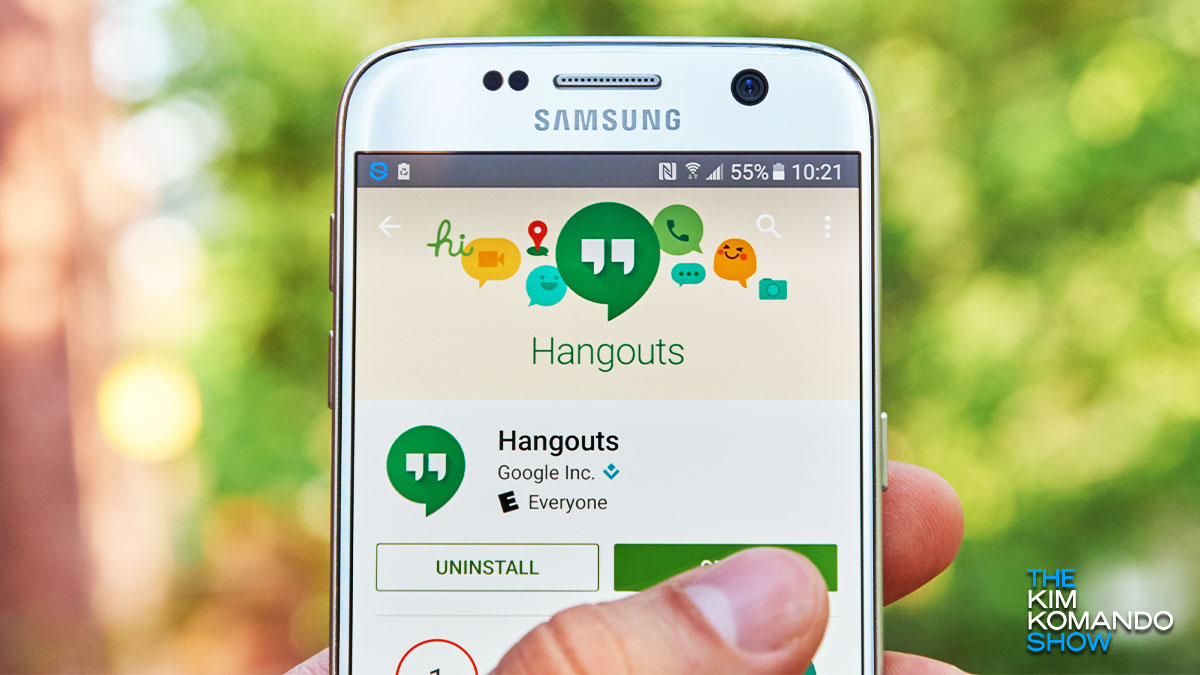 During the pandemic, a number of video chat programs have skyrocketed in popularity. Zoom is the most obvious one, but competitors like Microsoft Teams and Google Meet aren’t too far behind.

Each video chat platform has its own benefits and drawbacks. Some are better for work while others are better for day-to-day chatting. Tap or click here to see how each of these services stacks up against one another.

Now that Google Meet and G Suite are more popular than ever, Google is taking the opportunity to kill one of its long-surviving services: Google Hangouts. If you’re still using Hangouts, here’s what you can expect to happen as Google transitions your account to one of its newer services.

Google Hangouts gets the ax

Google announced in a new blog post that it would be ditching Google Hangouts in favor of Google Chat, a feature only G Suite customers are able to use.

Existing Hangouts users don’t have to worry, though. Rather than force them to buy into G Suite, Google is making Chat a free service in Gmail — as well as a standalone app that anyone can use.

The new version of Google Chat is set to arrive in the first half of 2021, and will include many of the same features Hangouts has now like direct messaging, group chats, emoji reactions and suggested replies.

Google hasn’t detailed how the transition to Google Chat will work for current Hangouts users with free accounts. But based on what we know about its planned upgrade phases, we have a few ideas.

Tap or click here to see why you should switch to the free Google Meet.

I have a Hangouts account. What should I do?

Google claims that the migration to the new Chat app will be gradual rather than sudden — so don’t worry about losing access all of the sudden. Google says there will be a period where both apps are live and accounts work on both, so once all users have been ported to Chat, Hangouts will finally be closed for good.

Judging by a timeline posted by Google that details the migration, we’d say Hangouts should be gone by late 2021. Google Workspace customers will be migrated to a Chat Preferred account unless admins opt-out of the change. By late 2021, admins won’t have this option. Thankfully, Workspace users will get a four week’s notice that changes are coming.

So for now, continue to use your account as you are. Once Google is ready to make the switch, you’ll know. Best of all, you shouldn’t be losing any of your personal data or contacts in the process — since they’ll all be migrating, too.

And once you’re on Google Chat, you’ll have access to a number of handy tricks you can use to be more productive. Here are some of our favorites you can try:

Bonus: If you’re still on Hangouts, try out these fun Easter eggs

Google loves to throw hidden surprises into its software, and Hangouts is no exception. If you’re on Google Hangouts, try out these fun keyboard commands that animate your screen with animations, backgrounds and more.

These features aren’t available in G Suite just yet, but we’re hoping they make their way to the new Google Chat app once the migration is finished. They have to make it fun somehow!