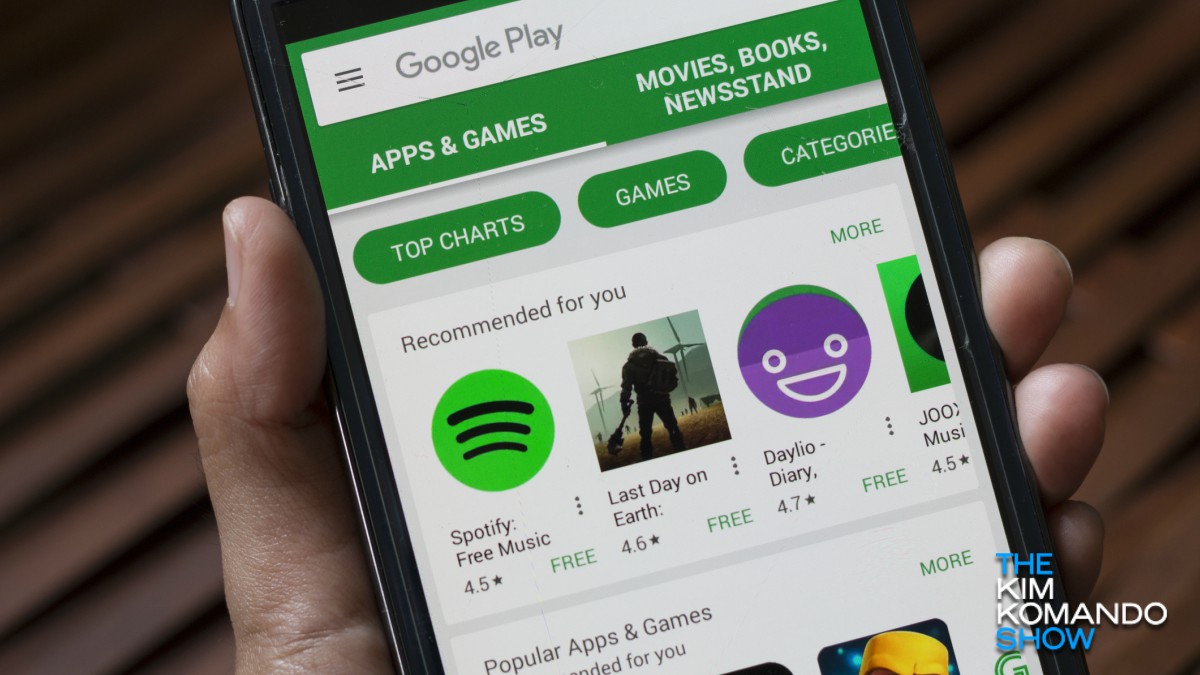 More and more malicious apps have been making their way through the supposedly tenacious vetting process of official app stores, putting all of our devices at risk.

Lately, Apple’s App Store and Google Play haven’t been as reliable about keeping harmful apps out. Tap or click here to see if you have any of these 17 malicious apps on your phone.

While some of the bad apps are more harmful than others, they are all annoying. Google just banned hundreds of annoying apps, but there are eight dangerous ones you need to delete ASAP.

Check Point researchers recently discovered a couple of malware variants hiding in apps on the Google Play store. One variant is new and the other is taking a lap.

The new malware version is called Haken and the older one is Joker.

When Joker malware is installed on your device, it runs in the background and signs you up for subscription services you’ll never see or use. It also traffics in ad-click fraud and makes money by using your bandwidth. Tap or click here for a refresher course in Joker malware.

Haken malware also practices ad-click fraud and you don’t want it draining all of your device’s resources. There were eight apps found in Google Play that appeared to be legit but are actually hiding one of these malware variants.

If you or anyone in your family have downloaded any of the apps on this list, delete them immediately. It’s estimated that collectively, these apps have been installed on more than 50,000 Android gadgets.

Also, if you did happen to have any of these apps, make sure to take a good look at both your mobile phone bill and credit card statements to see if there are any unauthorized charges. You may have been signed up for a subscription by one of the malware apps without your knowledge.

Disruptive with a side of annoying

The eight apps we told you about can be super harmful. Now, let’s get to the super annoying.

Google recently removed nearly 600 apps from Google Play and went a step further by banning the app developers. Why? Because they violated Google’s policy on “disruptive” mobile ads.

You may also like: Did you receive a strange alert on your smartphone recently? Here’s why

One of the biggest offenders was a Chinese company called Cheetah Mobile. The company was found to be dealing in ad fraud a couple of years ago and Google removed one of its apps. But Google did allow the company to continue to distribute other apps through the Play store. Well, until now.

Cheetah Mobile is one of the developers that was just banned, including more than 40 of its apps.

The bulk of the banned apps were created by Chinese companies targeting English-speaking users. The apps were extremely popular, with more than 4.5 billion installs worldwide.

Unfortunately, we don’t have a list of the 600 apps. Google declined to name them all but assured us the annoying apps have been removed from Google Play.

Here’s part of what Google posted about the apps on its blog:

“As part of our ongoing efforts — along with help from newly developed technologies — today we’re announcing nearly 600 apps have been removed from the Google Play Store and banned from our ad monetization platforms, Google AdMob and Google Ad Manager, for violating our disruptive ads policy and disallowed interstitial policy.”