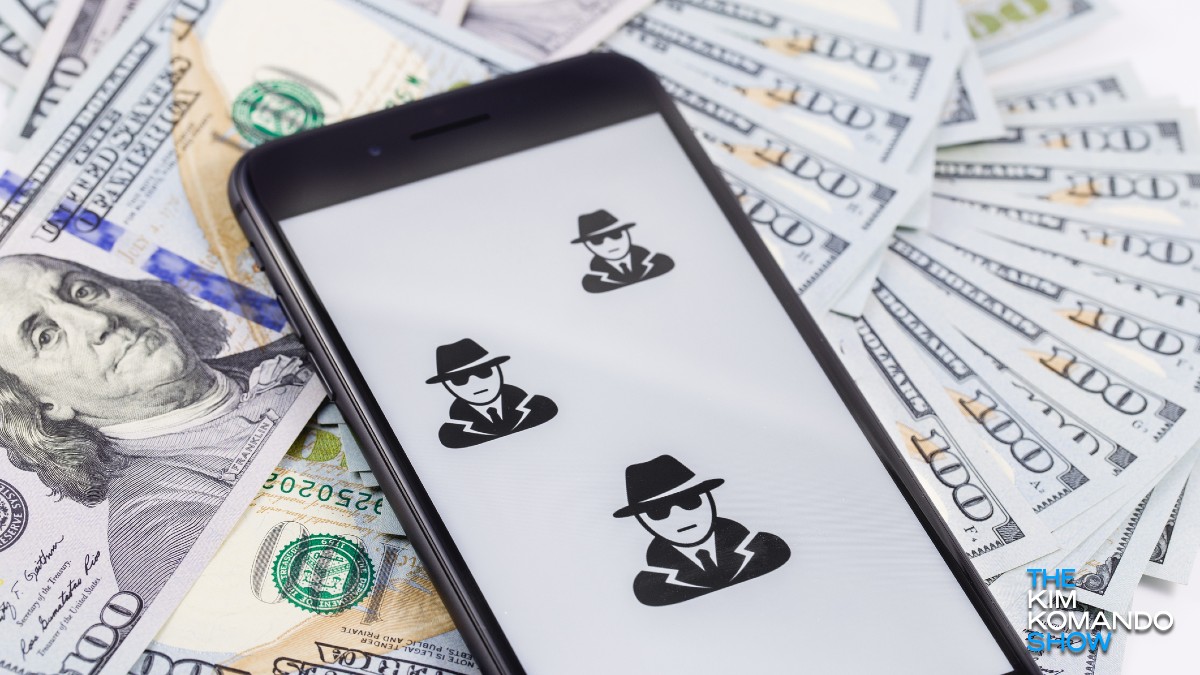 Malicious apps on official app stores like Google Play are nothing new. In the past year alone, thousands of money and data-stealing programs have been found and deleted by Google — and many more are probably still waiting to be discovered.

iOS, on the other hand, hasn’t had the same degree of issues when it comes to malicious apps. Apple’s moderation is much tighter than Google’s, but bad stuff will still sometimes slip through the cracks. Tap or click here to see 17 dangerous iOS apps you need to delete.

To stay competitive, scammers and cybercriminals have to play smarter. And that’s just what they’re doing with this new kind of malicious app that’s invaded the iOS App Store. These programs pose as legitimate apps with free trials for premium features. But once they’re installed and that trial expires, they’ll drain your bank account dry. Is this even legal?

You’ve heard of malware, spyware and ransomware before. Now, get ready for “Fleeceware.” No, this isn’t a comfortable jacket that will keep you warm, it’s a new term coined by cybersecurity researchers to describe a kind of malicious app that squeezes you for money on a regular basis.

These apps work by looking like legitimate “freemium” apps on the surface, with free trials for extra features you’ll have to subscribe to later. Once that trial period ends, however, the apps immediately begin to bill you on a regular basis.

This might sound normal, but these apps don’t tell you anything upfront. Usually, the description of the trial period will be vague and nebulous, and the subscription fees are unusually large — sometimes as high as $30 a month.

Related: Tap or click here to see which subscription services are worth keeping or not.

Some of these apps won’t tell you how much the monthly fees are, and others may force you to provide payment information as soon as you open them.

What’s more, many of these apps charge you for features that are barely different than what you get with the free versions. To top it off, they’ll also make you jump through hoops if you so much as think about canceling. Deleting the app, in this case, just won’t work.

These apps primarily grow subscribers through deceptive advertising campaigns you can find all over the web. Shady banner ads for games, horoscope apps and more are often enough to a big-enough audience to get started.

Even if the subscription numbers are small, $30 per month from multiple sources will add up quickly. The scammers behind these programs can easily net tens of thousands of dollars a year with just a handful of subscribers. Talk about a side-hustle!

This veneer of legitimate business has allowed many fleeceware apps to go undetected on app stores around the web. And Apple’s own iOS App Store, despite its heavier moderation, is no exception.

According to reports from security researchers at Sophos Labs, a handful of these fleeceware programs were discovered on the iOS App Store. Some of them are even ranked in Apple’s top 10 highest-grossing apps.

Here are the offenders you should check your phone for. If any of these apps are on your phone, we’ll show you how you can unsubscribe and delete them safely. Your bank account will thank you in the end.

Taking your fleece off

Getting rid of fleeceware involves addressing the root of the problem: your subscription. If you try to delete the app or cancel within it, you’ll usually be forced to jump through hoops or find yourself in a dead-end with no options.

Once the subscription is canceled, you can safely delete the app from your phone.

Even though iOS is struggling with fleeceware now, it’s highly likely that Android has several of these apps lurking around on Google Play. Here’s how to cancel a subscription on Android:

To avoid running into these rogue apps, make sure to carefully read reviews and ratings before downloading. Most of these apps, despite their high gross, had abysmal reviews from users. If you see mostly perfect 5-star ratings and tons of 1-star ratings from angry customers, you can ignore the good reviews as likely fakes.

Related: Tap or click here to see the top 10 internet crimes you need to watch out for.

It’s a scammer’s world today, and we’re just living in it. Thankfully, we can keep ourselves safe by knowing what to watch out for and sticking to safe digital behavior. Otherwise, we’re just sitting ducks for these crafty huxters.