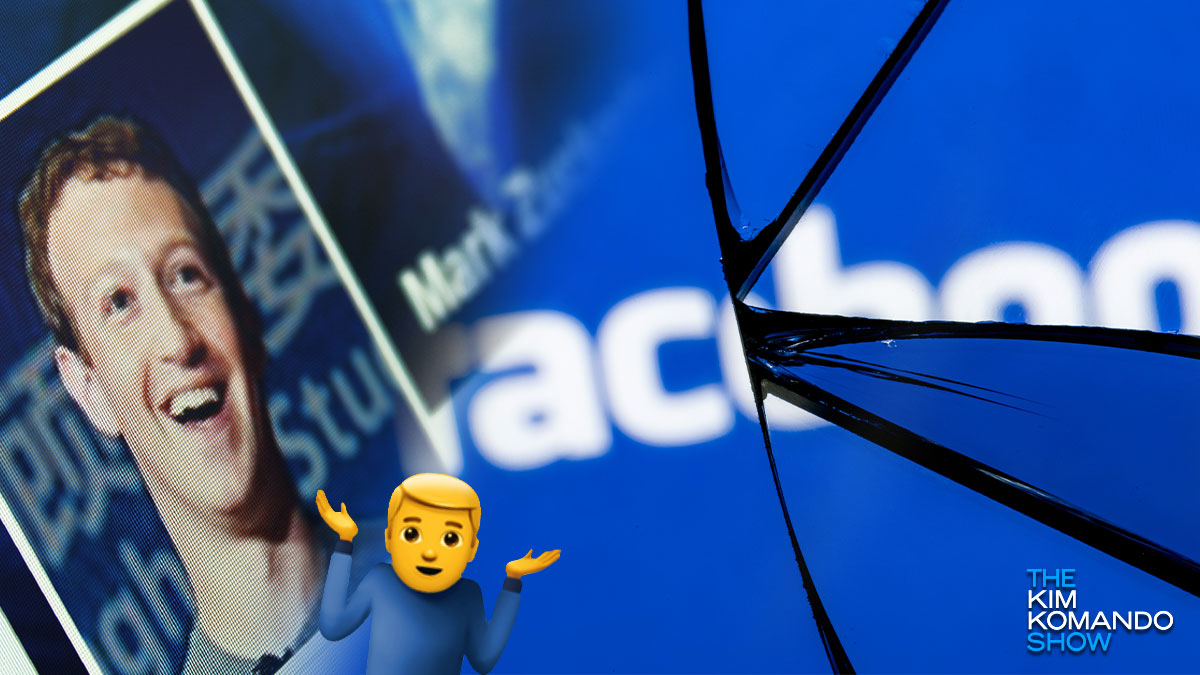 Social media giant Facebook has decided it’s time for change — by changing its name. But before you think that you’ll have to log in to some different website, it’s only the name of the company that’s changing, not the name of the social media site.

Think of how Google operates, with a parent company Alphabet and the search engine service is called Google — along with all the other Google-owned services like Gmail and YouTube. There are other examples as well, like the photo-sharing and editing app Snapchat, owned and developed by Snap Inc.

Founder Mark Zuckerberg wants Facebook to be known for more than just its social media platform and wants to focus on building a “metaverse.” That’s a fancy word for the online universe the Big Tech founder sees in his company’s future. The new name hasn’t been revealed yet, but the internet definitely has some suggestions.

Before we get to the fun stuff, a word of warning. If you’re still using Facebook, tap or click here for three ways to make sure it’s definitely not listening to what you say.

The shift in direction — and name — will allow Zuckerberg to group all of Facebook’s products and services together under one main entity. Together with WhatsApp, Instagram and Oculus, Facebook will eventually only refer to the social media platform.

We won’t have to wait too long to hear the new name. Rumor has it Zuckerberg will announce it later this month during Facebook’s annual augmented reality and virtual reality conference.

There’s speculation it could happen sooner, though. And with no indication on what it will be called, online users had plenty of suggestions.

Novelist and playwright Paul Rudnick had some choice suggestions for Zuckerberg, which included Facebook ‘N Things, Facebook Zero and That Thing Your Mom Loves.

The replies to his tweet naturally elicited more suggestions from his followers. A few of our favorites:

Here are some more suggestions from Twitter users. Some are excellent plays on words, others are tongue in cheek and the rest are just plain funny.

In a July interview, Zuckerberg outlined the new direction the company will take. “We will effectively transition from people seeing us as primarily being a social media company to being a metaverse company,” he told The Verge, indicating the process will happen over a few years. To achieve this goal, the company is looking to hire as many as 10,000 new employees.

Wait, tell me more about the metaverse

This originally appeared in The Current, our twice-weekly email newsletter about all things tech. Sign up to get it in your inbox here.

Think of the metaverse this way: You slip on a headset and you’re connected to infinite digital worlds that you can use for anything. Meet up for digital concerts, sit in a virtual office with your remote coworkers or explore faraway destinations you can’t travel to in real life.

You’ll need a 3D avatar, or a representation of yourself. And you’ll need the right gear, namely a VR headset.

Facebook is pouring millions of dollars into developing the metaverse. Specifically, it’s working on VR apps for both social hangouts and the workplace. This could revolutionize the world of advertisements, too.

Epic Games, which makes Fortnite, already hosts concerts and events inside its digital world. CEO Tim Sweeney says eventually you could use the metaverse to test-drive new cars from the comfort of your own home. Imagine that.

Don’t get too excited yet. The metaverse may take another 10 or 15 years to build.