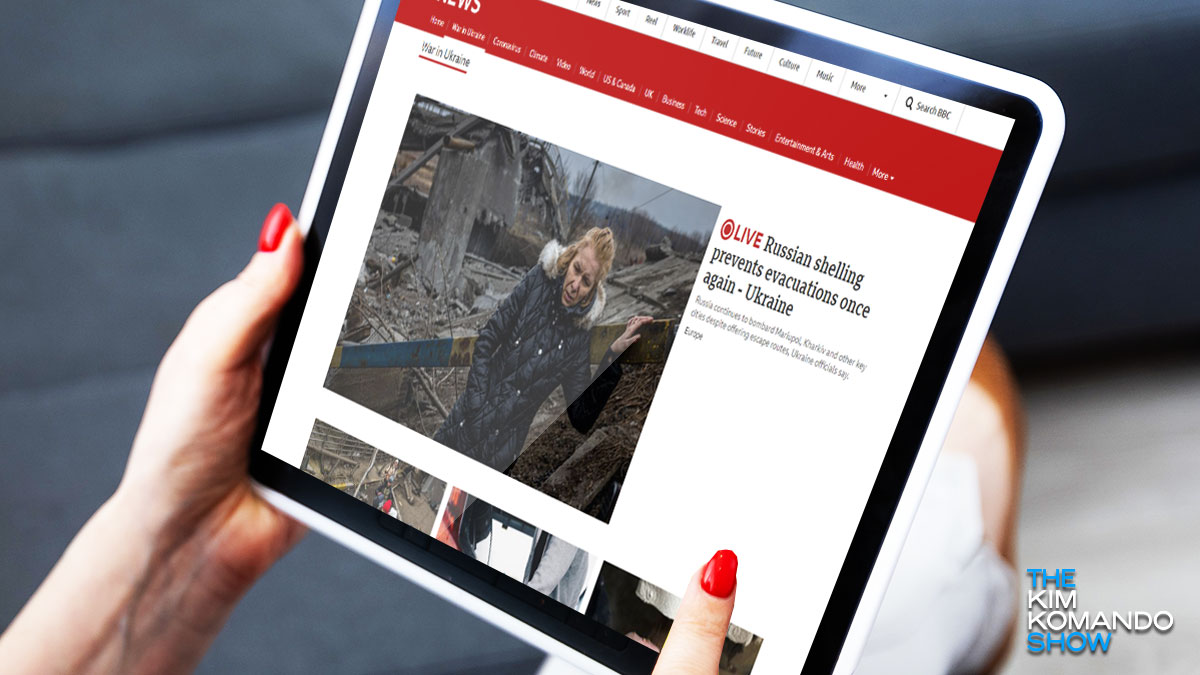 In most parts of the world, you can turn on any news network to get a glimpse of the devastation from Russia’s continued invasion of neighboring Ukraine. If you live in Russia, that’s not the case.

Russian citizens get their information only from state-run news outlets, which paints a very different picture from what’s actually happening. Vladimir Putin is hiding details of his military’s brutality in Ukraine from his people. Tap or click here to spot fake Russian social media accounts and posts.

Since Russia’s government is shutting down any outlet that dares share real news about the war, the BBC came up with a new idea to share information based on century-old technology. And it seems there’s nothing Russian leaders can do about it.

That old technology is shortwave radio, a huge breakthrough back in the 1920s. What made it so special is that this particular band allowed for long-distance broadcasts never before possible and easily accessible on portable radios.

Shortwave radio was a go-to method to share information during World War II, and as The Guardian reports, it was also used extensively to spread propaganda across Europe. Shortwave was used in other conflicts throughout the past few decades, including the Cold War and Persian Gulf War.

The BBC shared the news via shortwave for 76 years from 1932 until 2008, until newer technologies made the method less relevant. Since many of those more recent technologies are now being blocked in Russia to keep its citizens in the dark, the BBC decided it’s time for a shortwave revival.

Last week, Putin took Russia’s final independent TV station off the air for reporting news of the invasion gathered by western media outlets. He didn’t stop there and later blocked Facebook because of its “discrimination against Russian media and information resources.”

Russia gave the boot to Twitter and other platforms that didn’t agree with helping to spread all those lies. That includes western media like the BBC.

Over the past few days, the BBC has resorted to the seemingly obsolete shortwave radio to beam news into Ukraine and Russia. If you have a radio that can pick up shortwaves, give it a try.

Here are the details on those broadcasts: