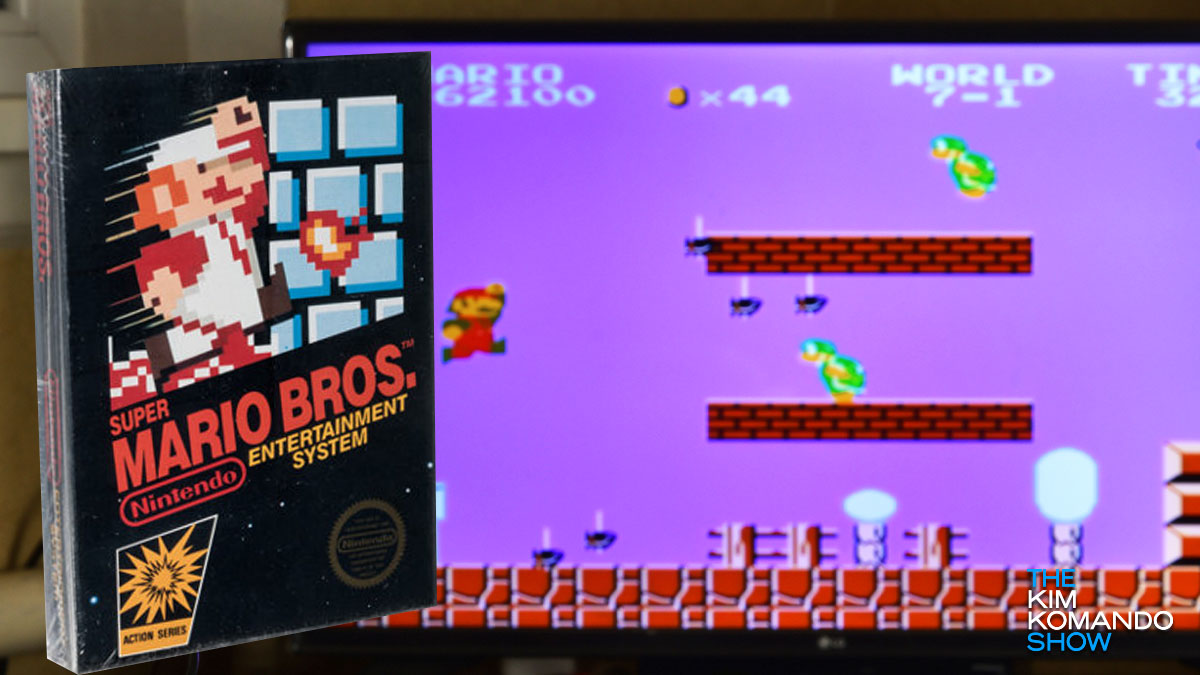 Creative works regularly sell for thousands or even millions of dollars at auctions. Anything from antique furniture to ceramic vases and paintings is sold to the highest bidder worldwide. Although COVID-19 has put a damper on in-person bidding, the industry swiftly moved online.

Sales from online auctions from the three biggest auction houses totaled over $1 billion last year, so rare and sought-after pieces are in high demand. One industry that doesn’t usually come to mind when thinking about auctions is the video games market. Tap or click here for six online auction websites to try.

But make no mistake: the drive for many people to own small pieces of gaming history is solid. And some are willing to fork over thousands of dollars for a one-of-a-kind copy, like a rediscovered original Super Mario Bros. cartridge from 1986.

Nintendo started way back in 1889 in Japan, and the only thing it produced was playing cards. It wasn’t until 1983, with the release of the arcade video game Mario Bros. that American players started to take notice.

Two years later, Nintendo released a follow-up called Super Mario Bros. and it quickly became one of the most popular videogames of the ‘80s. Over the course of four decades, the title has sold more than 50 million copies worldwide.

When it launched in 1985, the suggested retail price for a Super Mario Bros. cartridge was around $25. But an original copy in mint condition has just gone to auction for over $310,000.

The black box version Super Mario Bros. cartridge for the NES system is still factory-sealed in the original box and has been graded as 9.6 in quality by WATA. WATA graded it as an A+ for the seal’s quality, meaning that it’s in near-mint condition, but has a few small flaws.

The cartridge is currently listed on Heritage Auctions, with the highest bid (at the time of writing) being a whopping $310,000. With the Buyer’s Premium, the bidder will have to fork over $372,000 to complete the sale.

“Not only is this the finest plastic-sealed copy with a perforated cardboard hangtab we’ve ever offered of any black box title, it is also the oldest sealed copy of Super Mario Bros. we’ve ever had the opportunity to offer,” the description on the bidding page reads.

The most valuable video game in the world

This is not the first time that Nintendo has tipped the auction scales in terms of value and price. Last year Heritage Auctions was involved in selling a Super Mario Bros. 3 copy, which sold for $156,000. At the time, it was the most valuable video game in the world. Before that, another copy of Super Mario Bros. sold for $114,000.

If you have a couple of vintage video games stuffed in a drawer, you might want to dust them off and check what they are worth. Research company Paxful investigated which vintage video games appreciated the most in value during the pandemic, and some are rather surprising.

Here are five vintage games that can earn you a tidy sum of money:

While it’s difficult to keep a video game in mint condition, the owner of the $310,000 completely forgot he had it, which helped in preserving the packaging.

“The person who consigned it to auction with us purchased it for a young relative back in the mid-1980s, but, instead, the game was placed into a drawer where it was forgotten. They only rediscovered it within the last year,” Heritage Auctions explained.

10 best video games for people over 55