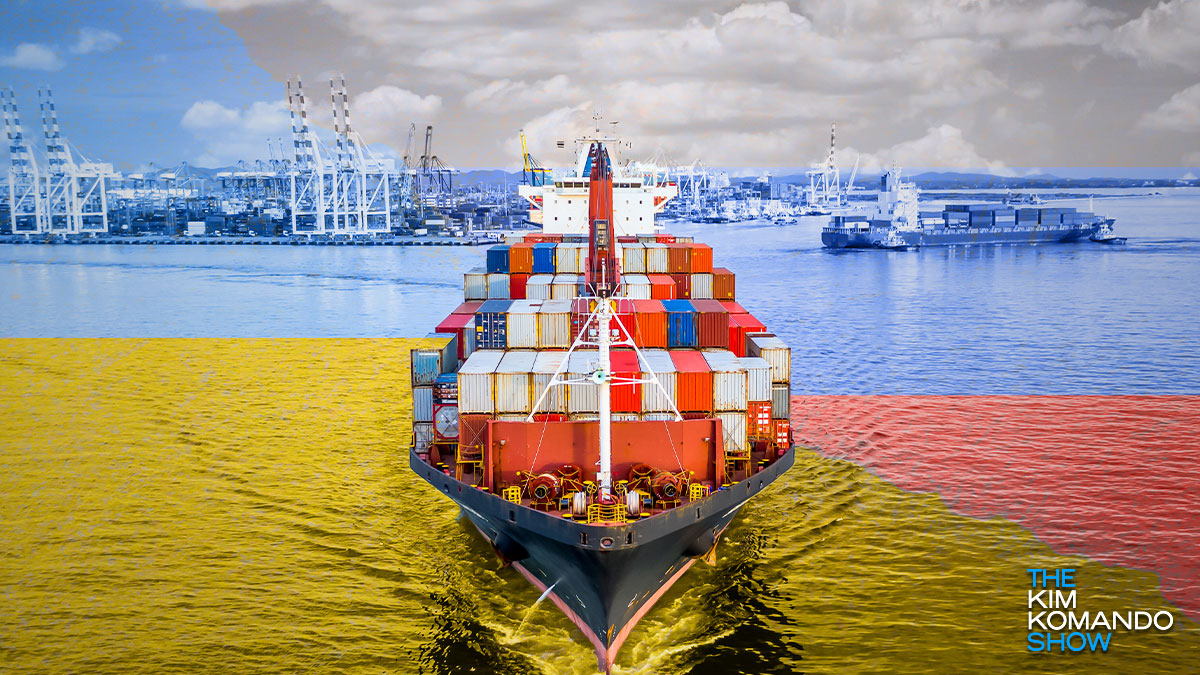 Millions worldwide looked on in horror as Russia invaded Ukraine on Thursday, the most significant attack in Europe since World War II. The invasion has continued to grow, and there is no clear answer on how long the war will continue. Tap or click here to secure your tech and prepare for cyberattacks.

Wars have consequences. And not just to the people directly involved but also to the world around them. The global supply chain will be impacted following heavy sanctions imposed on Russia by the rest of the world.

The question becomes, how does the conflict affect Americans in the short term, and what can we expect months from now? Are there goods we can expect to disappear? What about natural resources? Read on to find out what to expect in the coming months.

War disrupts the global supply chain in crucial ways. Imports and exports are a vital part of every country’s economy and play a significant role in feeding our population and manufacturing electronics and automobiles.

While the invasion of Ukraine will affect the EU the most, Americans can also expect significant consequences to make their way very soon. For example, Russia is the number one exporter of wheat globally, and Ukraine is fifth.

This means other major wheat exporters will have to make up the difference as countries worldwide slap sanctions on Russia and make importing their products impossible. As a global shortage of wheat occurs, products that utilize this grain, like bread, can expect a huge price jump.

The more sanctions imposed on Russia, the world will see more effects. Ultimately, the longer the conflict draws on, the more precarious the global supply chain.

The chips placed inside computers have long faced a massive shortage that has caused a supply shortage of electronics. Everything from televisions to tablets has been impacted.

A major component of chips is a compound called Palladium, and you guessed it, Russia supplies a little less than half of the entire world’s supply. This means that the ability to manufacture more chips is greatly reduced the longer the conflict occurs and the more sanctions the U.S. places on Russia.

As listed above, we can expect an immediate and long-term effect on the availability of chips for electronic productions. But what exactly does that affect? Well first, computers.

High-powered tech like Apple’s newest iMac will no longer keep up with demand, and prolonged shipping times can be expected. The same goes for tablets.

Many companies like Apple started producing fewer tablets to adjust to the worldwide chip shortage, so there was already a shipping delay and tablet shortage. This will only be exaggerated with the current conflict.

With Russia and Ukraine supplying most of the world’s wheat, barley, and rye, products like cereal, bread, and snack goods (think those delicious Hostess snack cakes) will likely see an increase in cost along with major shortages long-term.

With a shortage of materials like aluminum, copper and nickel, common household products, and resources for your home themselves, think copper wire and components of your electrical systems will see a spike in cost and a long-term shortage.

The short answer is everything. Both Russia and Ukraine are major exporters of components that are key in manufacturing processes for things like electronics and automobiles.

In addition to a shortage of wheat, Russia supplies a large portion of the chemicals that create fertilizer, meaning crop production worldwide will be affected.

Then, of course, there’s the effect on natural resources, with Russia supplying a large portion of petroleum to the U.S. Some experts expect a rise in cost between 50 and 150% in the coming months. This means driving might quickly become one of your most significant monthly bills.

With the information that inflation will likely increase dramatically, there are a few things you can do now to prepare.

First, if you need to make any major electronic purchases, like computers, televisions, or tablets, do so now. You’ll lock in a cheaper price and hopefully beat out the more considerable chip shortage coming our way.

The same goes for automobiles. With Russia responsible for many of the materials involved in manufacturing, a shortage of certain automobiles and inflation is right around the corner. If you see yourself needing a new car in the next few months, now might be the time to pull the trigger.

There’s not much we can do to prepare for the increase of food and gasoline prices, except hope the economy rebounds quickly. For now, all we can do is watch and hope the conflict ends sooner rather than later.