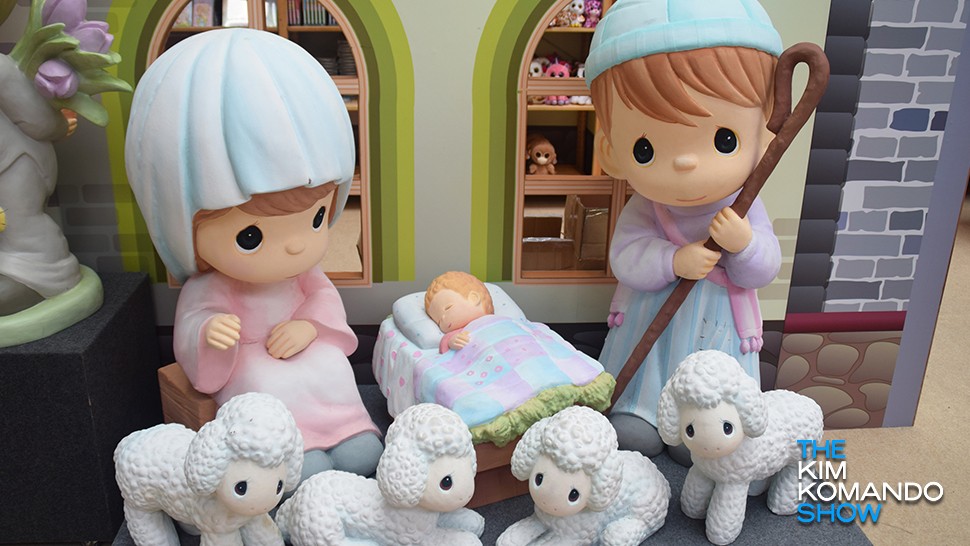 Money doesn’t grow on trees, but the next best thing might just be on a random shelf in your house. You just have to know what to look for.

I’m talking about collectibles, which can come in all shapes and sizes. They can be fun to collect and display around the house, but did you ever think they could be worth some serious money?

It’s true, and a number of porcelain statues are worth hundreds or even thousands of dollars! At least that’s what some are selling for on eBay, and if you have any, you could cash in too.

Ah, the Precious Moments figurines; a crown jewel of many home collections. Maybe you have some, or you’ve seen them proudly displayed at relatives’ homes over the years.

They’ve been around for a few decades now, first released in the late 1970s by an artist named Sam Butcher. It started as a relatively small number of collectibles, but has grown into thousands of different Precious Moments figurines with new releases every year. That can be quite a feat to collect them all.

Bonus: The treasures that could be hiding in your attic

But let’s go back to the beginning. Before there were thousands, it all started with a mere 21-piece collection released in 1979. And that’s what you should be looking for. One of those statues that originally sold for $15 has previously been valued at more than $2,000.

Statues worth a precious amount of cash

Of that initial release, the first in the line and most valuable is a statue of a little girl holding a sign for “free puppies” titled “God Loveth a Cheerful Giver.” It’s been valued at more than $2,000, according to Woolvey Antiques and Collectibles.

But keep in mind, a collectible’s value doesn’t necessarily mean that’s the amount you’ll get out of it. You’ll find a number of” God Loveth a Cheerful Giver” figurines on eBay, and they’re currently listed in the $300-plus range. Still, hundreds of dollars for what was initially $15 is quite a return on your investment. Others sell in the $100 to $200 range, including a musical figurine called “Silent Knight,” originally retailing for $45 when it was released in 1981. 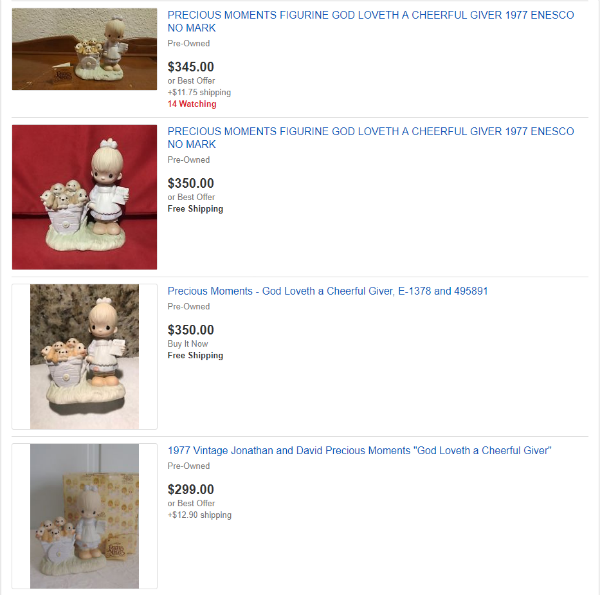 Woolvey Antiques and Collectibles maintains a guide on their website for identifying Precious Moments figurines, and figuring out how much they’re worth. The key to discovering their value is looking for the model number, year it was produced and a signature, which should be visible somewhere on the collectible. Anything with Sam Butcher’s signature will be worth more than others.