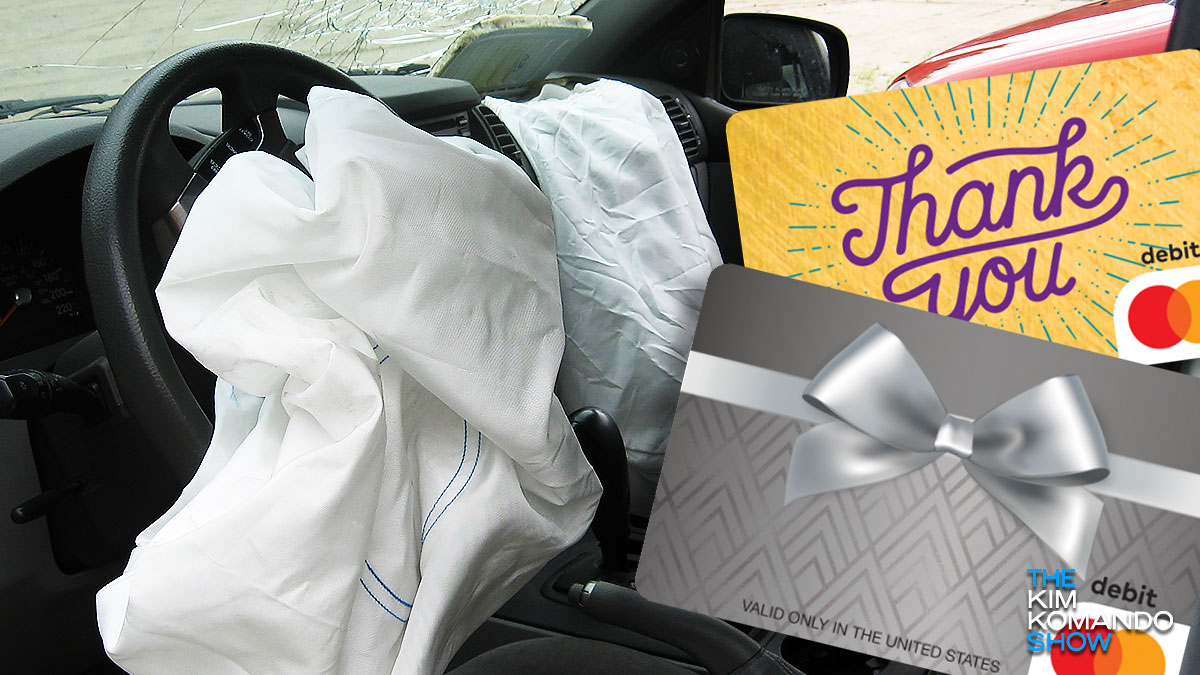 When a product is defective, manufacturers often issue a recall. This could be voluntary or government-mandated. The issues can be minor or downright dangerous and affect a few thousand or millions of units.

Recalls are common in the automotive industry. With so many vehicles leaving assembly lines worldwide, there are bound to be issues. Volkswagen issued a recall this year for 250,000 Atlas and Atlas Cross Sport SUVs due to the potential for their brakes to engage unexpectedly. Tap or click here for our report.

Your airbag could kill you

A whopping 53.2 million vehicles have open recalls, according to CheckToProtect.org, a program of the National Safety Council, auto manufacturers and other affiliate members. These faulty safety devices have the potential to explode when deployed, and numerous cases resulting in injury and death were brought forward.

The recall affects vehicles from nearly every major foreign or domestic manufacturer going back to the early 2000s.

Fix your airbag and get a gift

Several states, along with Chrysler, Dodge, Jeep and Ram, are participating in Airbag Recall Awareness Month. They’re offering gift cards to drivers who get the airbag repair done.

More than 250,500 in Georgia have unrepaired airbags, according to Chris Freeman with Check To Protect, who spoke to 95.5 WSB in Atlanta.

“In Georgia, if you drive a Chrysler, Dodge, Jeep, or Ram that has one of these airbag recalls, if you get it repaired this month, we will send you a prepaid $50 Mastercard,” Freeman told the station.

740 KTRH in Houston also reported that Texans who drive Chrysler, Dodge, Jeep or Ram with unrepaired airbag recalls are eligible for the $50 prepaid Mastercard if they get the repair done in June. The recall affects more than 1.24 million vehicles in Texas.

A press release from Check to Protect states that Chrysler, Dodge, Jeep and Ram dealers in Michigan are giving away a $50 prepaid Mastercard for airbag repairs made in June. More than 269,900 vehicles in Michigan are affected by the recall.

Arizona is also participating in Airbag Recall Awareness Month, and with that comes the gift card initiative. According to a press release from Check to Protect, more than 190,000 vehicles in Arizona have faulty airbags.

This is among the largest automotive recalls in U.S. history, and the repair is free and potentially lifesaving. All you have to do is plug your vehicle identification number into the empty VIN field at checktoprotect.org. You can also look it up at nhtsa.gov/recalls.

Your VIN can be found in a few places, including the driver’s side interior dash, driver’s side door pillar, and the vehicle title.

If your airbag needs to be repaired or replaced under the recall, the dealership will perform the work for free.