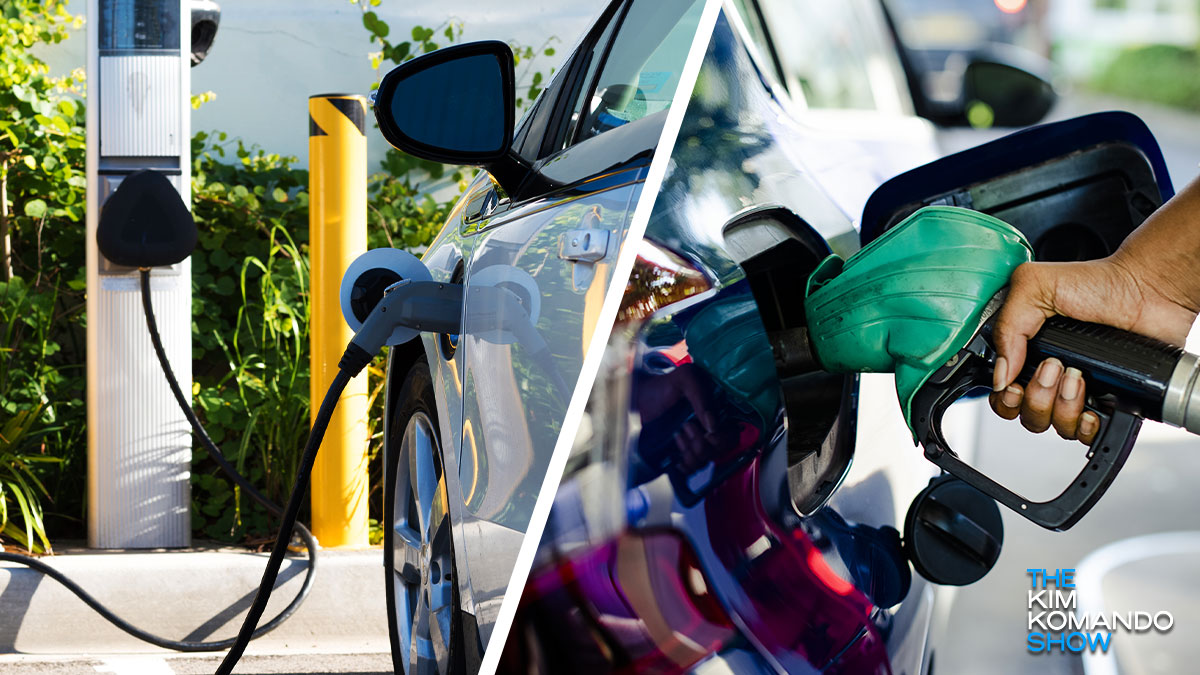 Like them or not, electric vehicles are gaining in popularity. Car manufacturers produce more electric versions of existing models and create new ones built from the ground up to run on batteries. Expect to see more EVs on the road with each passing year.

While battery range is going up and charging times are going down, the infrastructure is not there yet. You can install a charger at home so your EV can get you to work the next day, but what if you want to drive beyond its range? Tap or click here to hear Kim’s take.

When it comes to the advantage of owning an EV, one of the most popular notions is that it’s cheaper to charge one than it is to fill an ICE (internal combustion engine) vehicle with gas. While it may appear so, other factors need to be considered to deduct the final cost of topping off an EV.

Anderson Economic Group recently released a report about the costs of fueling EVs and ICE vehicles. The company has served as a consultant to numerous businesses and worked with automotive manufacturers and distributors, suppliers, trade associations and dealers.

“The cost to fuel a vehicle, ICE or electric, is a substantial part of the total cost of ownership,” the report reads. The group went beyond government data on fuel costs and economy to include consumer experiences and cost burdens.

Refueling stops were measured with stopwatches, customers were interviewed about their residential and commercial charging experience, forums were reviewed for more consumer reports and purchase prices were taken into account along with actual driving and fueling experiences in an EV.

1. There are more costs to owning an EV beyond charging it

2. EVs can cost more to fuel

Researchers at AEF gathered six categories of EV and ICE cars in the entry-level, mid-priced and luxury segments to compare refueling costs. This finding took the following into account:

The analysis took commercial and residential rates into account and showed that fueling costs for EVs vary more than they do for ICE vehicles.

4. The burden of time

Finding a commercial fast charger and waiting for your EV to charge puts a time investment on you under even the best circumstances.

Researchers experienced these problems firsthand, which were compounded by the comments they found from frustrated EV owners in online forums.

So the verdict of the report is that EVs actually cost more to fuel right now because of added costs of equipment, varying charging fees and time involved. This will improve with time, but at the moment we’re not quite there yet.

What car dealers won’t tell you about electric cars