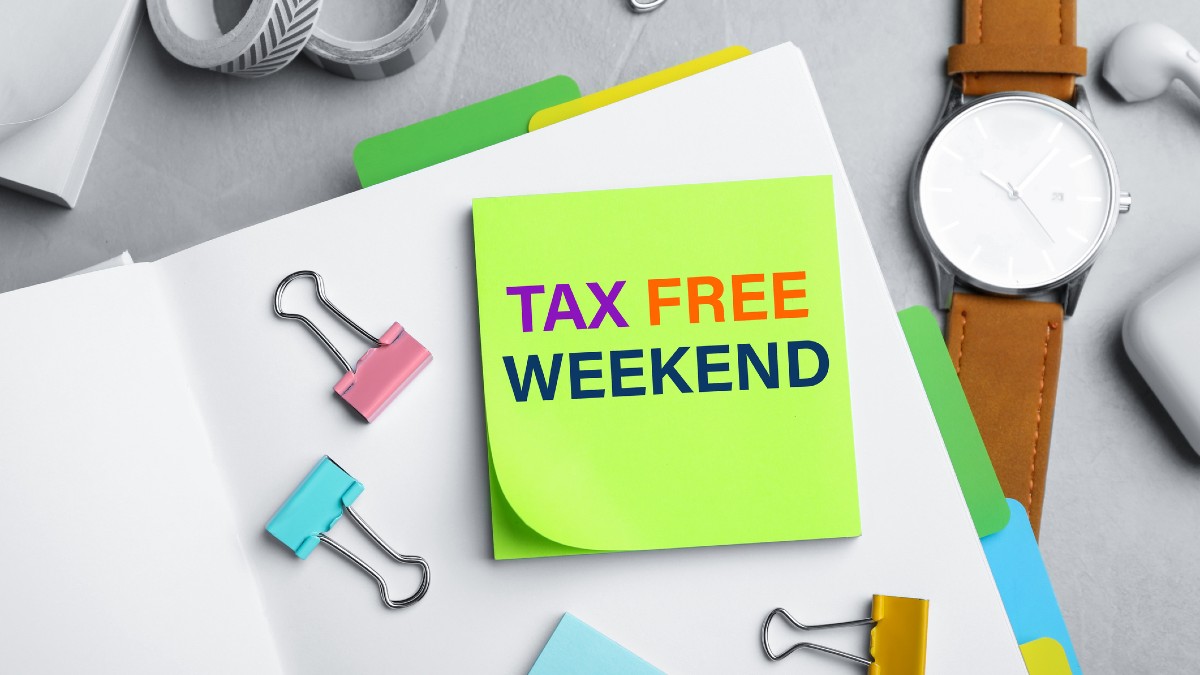 The new school year is quickly approaching, and for many, this is a very exciting time of year. It’s time to stock up on school supplies and all of your tech gear. All these purchases can add up rather quickly unless you can get everything you need during your state’s tax-free weekend. Tap or click here for 15 summer tech gadgets you didn’t know you needed.

This is when participating states cut out sales tax on certain items and make back-to-school shopping (or just shopping!) a bit more affordable. Larger retailers like Walmart, Target and Amazon will be participating.

This year, 16 states will be partaking. Alaska, Delaware, Montana, New Hampshire, and Oregon never charge sales tax. Tax-free weekends vary by state but plan ahead as most of the tax holidays begin at 12:01 a.m. and end at midnight.

Tax-free dates and deals by state for 2021

What: Arkansas has just a few things on its list for tax-free, which include clothing and footwear under $100, accessories under $50 and select school supplies. There are no tech deals included with this tax-free holiday.

What: Connecticut, unlike most of the other states, celebrates tax-free for an entire week! This tax-free week starts on a Sunday and ends on a Saturday. Enjoy zero sales tax on clothing and footwear that costs less than $100 per item. Athletic uniforms and gear excluded. There are no tech deals included with this tax-free week.

What: During this extended week of tax-free, there are a variety of sweet deals that include the purchases of clothing, footwear and certain accessories selling for $60 or less per item. Certain school supplies selling for $15 or less and the first $1,000 of the sales price of personal computers and certain computer-related accessories when purchased for noncommercial home or personal use.

What: This yearly holiday will be on the first Friday and Saturday of August. There will be no sales tax on clothing and footwear selling for less than $100. This excludes backpacks, handbags, and athletic uniforms, along with any item not usually considered appropriate for everyday wear. There are no tech deals included during this time.

What: For an entire week, the state of Maryland indulges you with no sales tax. There is no sales tax on clothing and footwear priced under $100 (excludes accessories) and the first $40 of a backpack purchase. There are no tech deals included during this week.

What: For this tax-free weekend, it is for retail goods priced at $2,500 or less. This excludes motor vehicles, motorboats, meals, telecommunication services, gas, steam, electricity, tobacco products, marijuana and marijuana products. There are no tech deals during this tax holiday.

What: Clothing and footwear costing under $100 per item. This excludes accessories. Items can be purchased in-store or online. There are no tech deals during this tax holiday for Mississippi.

What: During this tax-free weekend, items include any article of clothing, including footwear, for $100 or less. School supplies are not to exceed $50 per purchase, graphing calculators not to exceed $150, computer software with a value of $350 or less and personal computers less than $1,500.

What: Clothing or footwear priced at $100 or less per item, computers at $1,000, related computer hardware at $500 and school supplies for $30 or less. Not all retailers are required to participate, so ask before you go out to shop!

What: Articles of clothing or footwear priced under $100. Accessories, athletic footwear and protective gear, are excluded. There are no tech deals.

What: Tax-free items range from clothing, accessories, and shoes to school supplies, backpacks, and computers. As long as an item is eligible, it is tax-free, whether purchased in-store or online.

What: This tax holiday will include clothing for less than $100; school supplies, which include art supplies for school that cost $100 or less per item; and computers that are $1,500 or less.

What: This includes most clothing, including footwear, school supplies and backpacks priced at $100 or less. These items can be purchased from a Texas store or online or a catalog retailer doing business in Texas.

States not participating this year

That’s it, that’s the list. Make sure to plan ahead and take advantage of these tax-free holidays to save some of your hard-earned cash.