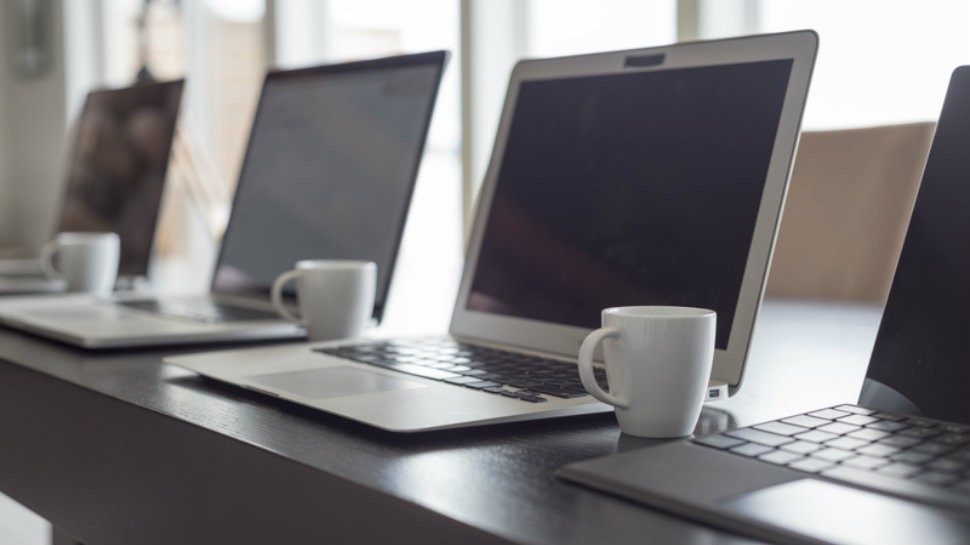 Nowadays, there are many reasonably priced budget laptops on the market. With the power of modern hardware, they can even provide a decent computing experience without completely draining your wallet.

But what if you are in the market for the best laptop experience you can get? Of course, you just don’t want to throw your hard-earned cash around. Even though you’re willing to spend more for a premium laptop, you still want the best value for your money.

If you’re looking for an exquisitely designed, ultra-fast laptop equipped with a beautiful razor-sharp display, look no further. We have compiled a list of what we consider the best laptops of 2018.

The 2018 MacBook Pros were just recently released and as usual, if you’re looking for the perfect marriage of hardware and software, they will always be on anyone’s list of premium laptops.

Compared to last year’s models, the 2018 MacBook Pros have virtually the same features (like the TouchBar) but they do get a performance boost and a newly designed keyboard that is said to be less prone to issues than last year’s butterfly design.

There were also reports of thermal problems with the new MacBook Pros, which caused their processors to throttle but Apple has addressed these issues with a software fix.

Similar to its 13-inch sibling, the 2018 15-inch MacBook Pro gets a performance upgrade and a new keyboard design. It was also plagued by the thermal issues that caused processor throttling during extreme loads (addressed by Apple with a software fix).

The 15-inch MacBook Pro with bumped up specs is available for $3,900 and it’s the most expensive laptop on this list.

Dell’s XPS line may be more expensive than the other Windows 10 laptops on this list but its almost bezel-less Infinity Edge display is truly a sight to behold.

This premium 13-inch version packs in the pixels with an ultra-sharp 4K display, all juiced up by a speedy quad-core Intel i7 processor.

The XPS line also has a generous amount of ports – one USB-C 3.1, 2 USB-C/Thunderbolt and even a microSD slot.

The bigger Dell XPS 15 rocks almost the same features as its smaller counterpart but it has a bigger 15.1-inch screen, a dedicated Nvidia GeForce graphics card, one extra USB-C Thunderbolt 3 port and it is powered by a speedier Intel six-core i7 processor.

Microsoft turned a lot of heads when it introduced its Surface Pro – it’s truly one beautiful slab of impressive hardware. The current version is the most portable laptop/tablet available and it has a 13.5-hour battery life.

Although it still rocks an older Intel Core i7 Processor, if you want to accomplish more on the go, you can’t go wrong with a Surface Pro. Don’t forget to get the optional detachable keyboard, it’s definitely a must-have.

The best Surface Pro configuration with 16GB RAM, 512GB SSD, and an Intel Core 17 processor is currently priced at around $1,900.

Razer is known for some of the best gaming computers and the Razer Blade laptop is no exception.

With its 15.6-inch 4K screen, it’s one of the smallest but sharpest gaming laptops around. Sticking to its gaming pedigree, the almost edge-to-edge touch display is also properly color-calibrated.

Rounding off the Blade’s impressive features are a speedy 6-core Intel i7 processor, a dedicated gaming NVIDIA GeForce GTX 1070 processor and a crazy, multi-color lighted keyboard.

If you want to impress while gaming on the road, the Razer Blade can be yours for around $2,900.

At around $1,600, it’s one of the cheapest premium Windows 10 laptops around.

The Lenovo Yoga 920 is another value-packed premium laptop that’s big in performance. With its 360-degree flip and fold design, you can quickly turn this into a tablet on the fly and use the included Active Pen 2 Stylus for drawing and writing tasks.

However, compared to the similarly priced HP Spectre x360, the Yoga 920 has a smaller 14-inch screen and it only comes with integrated graphics.

For a quick comparison of all the laptops I mentioned in this list, we made a chart with all the specs that matter: