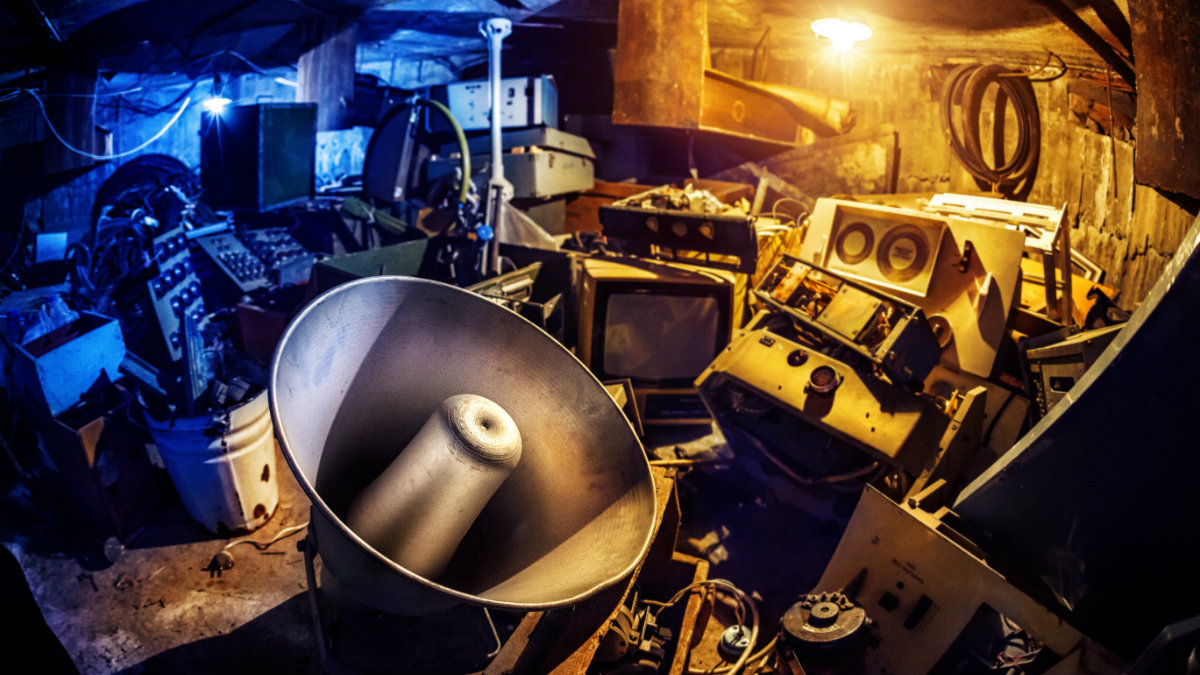 Are you someone who struggles to throw old stuff away? With TV shows like “Hoarders” thriving, there must be tons of people out there who keep just about everything they’ve ever purchased.

But you’re not necessarily on that level if you have some stuff tucked away in your basement or attic. It’s common to put things away that you no longer use, but have sentimental feelings for. A great example of this would be holding on to vinyl records.

You probably had a huge collection back in the day, but they went out of style when cassettes and CDs came onto the scene. Well, as many things do, vinyl records have come back in a big way and you might have some valuable albums lying around collecting dust. Tap or click to learn about vinyl records worth big money.

It’s not just vinyl with huge selling potential; there are plenty of old tech items that are worth quite a bit. If you’re ready to get a head start on spring cleaning, here are a few things to look for and how to learn what they’re worth.

Classic game and console prices have leveled up

The early days of video gaming produced some blockbuster games and consoles. While the technology behind these devices is outdated, most of them are still functional. That means a mint-condition system or game can fetch a high price.

Because they were mass-produced back in the 1980s, most people didn’t know Nintendo cartridges would be worth much in the future. But fast forward to today and you’ll see factory-sealed games going for thousands of dollars in global auctions.

Just recently, a collector sold a copy of the original Mega Man video game for $75,000. A rare Super Mario Bros. game was also purchased for more than $100,000. The one thing these games have in common? They’re in pristine condition.

If you have a Nintendo game sitting in your attic that’s never been opened, you might want to look on eBay and see what it’s running for. That game could be your goldmine.

The Atari 2600 videogame system launched in 1977 and was a huge hit. It sold millions of units over the years, and you probably had one if you were growing up at the time.

The game console isn’t a rare item that fetches tons of money — unless of course, it’s still factory-sealed. And certain copies of games can bring in thousands of dollars.

RELATED: You won’t believe how much your old toys could be worth

The rarest game is Red Sea Crossing and it was recently valued at more than $10,000. People didn’t even know it existed until it turned up at a garage sale in 2007.

Speaking of video games, how about the special edition Snow White PlayStation 2 with the matching controller?

It looks a lot like the standard white classic edition, but the Snow White version has a glossy pure white finish. There were less than 700 consoles made to be sold in each region. If you’re lucky enough to have one on hand, now might be the time to sell. They’re going for around $1,000 on popular auction sites.

Apple products have a reputation for being well-built and lasting for years. Many fans like to hold on to old tech, even if they’re moving on to the latest and greatest.

If you’re one of those people who kept their old Apple gadgets, you might be sitting on a big pile of money. Here are a few valuable devices you should see if you have in storage.

Apple released the first Macintosh computer back in 1984. It happened to be the first commercially successful personal computer to feature a mouse and a graphical user interface.

Fast forward to today and the original Macintosh is a collector’s dream. If you’re lucky enough to have one that still works, you can expect to get around $2,000 for it. That’s a typical selling point on eBay.

If you just have to have one of the newer models, one way to supplement the costs is to sell an older one. If you happen to find a first-generation iPhone in your collection, you’re in luck.

You may also like: The best accessories for your new Apple gadget

Apple introduced the first-generation iPod back in 2001 and it changed the way we listen to music. Who could forget that slick Click Wheel making it easy to navigate?

You can find iPod classics for sale online for a few hundred bucks these days. But those are just the regular, used versions. If you happen to have a special edition model in your collection, it could be worth thousands. For example, a U2 edition 30GB iPod sold for nearly $90,000 not long ago.

There is a listing on eBay right now for an unused, unopened 10GB first-gen Billie Holiday edition iPod, and the seller is asking $7,500. Obviously, there’s no guarantee they will get that much for it, but hey, it’s worth a try.

A relic from the early desktop days

Apple isn’t the only game in town when it comes to vintage tech worth big money. Here’s another item you might have on hand.

Commodore Business Machines debuted its Commodore 64 back in 1982. It ended up being the best-selling computer in the company’s history.

Today, if you have one in mint condition, it could sell for nearly $1,200.

8. Vinyl records that could be in your collection

As we said earlier, vinyl has made a big comeback and people have started collecting records all over again. There are tons of rare vinyls that are selling for hundreds of thousands of dollars.

One example is the only known pressing of “My Happiness” from Elvis Presley. Jack White bought it a few years ago at auction for $300,000. Tap or click here to see other rare vinyl records going for big bucks.

Even though we already know you don’t have that rare Elvis record, you might have some others that are still worth some good money.

Buddy Holly’s “That’ll Be The Day” original pressing was released in 1958 by Decca Records. If you have a copy in mint condition, it could be worth around $1,500. Used copies that have some slight imperfections are selling on eBay for $35 to $200.

Finding the right price and where to sell

If you are trying to figure out how much the items you have in your collection are worth, remember determining value depends on each item. For vintage vinyl records, finding the value isn’t an exact science. Many factors have to be taken into consideration.

For vinyl, look at the record’s age, performing artist, the scarcity, whether it’s sealed and more. You can also look at prices on sites like rarerecords.net. You can see how much records are selling for on sites like that to help determine how much yours are worth.

The same principle goes for the old tech you have in your collection. Do some online research to see comparable items and what they are going for on auction sites and marketplaces to help find their value.

However, if you have something you think is extremely rare and valuable, you might want to go a step further. Contact an auction house like Bonhams to get a professional estimate.

Once on the Bonhams site, select “Auction Estimates” under the Services tab and you’ll be taken to a page with instructions on different ways to get your items evaluated.

When it comes to selling your items, you don’t just rely on eBay. There are plenty of other auction and marketplace sites you can use.

One helpful marketplace can be found on a site you probably already use: Facebook.

Facebook Marketplace is a classifieds platform that harnesses all the social media power of Facebook. It’s geared toward buying and selling in a local area, and the page automatically lists items from your geographic location up to 100 miles away.

Marketplace only works when you’re logged in to Facebook, which helps user accountability. You can view buyer and seller profiles at any time, although some may be set to private.

One advantage to Facebook Marketplace is what’s called “Swip Swap,” a feature that groups buyers and sellers together, usually by location or theme. But some groups are set to private, so you need to ask for permission to join. The administrator will often vet potential new members, making it safer to use.

If you’re on Facebook and never heard of Swip Swap, we have a guide to get you started. Tap or click here to explore this hidden marketplace on Facebook.

Now that you know how to determine values and where to sell your items, it’s time to start hunting for treasure. Who knows? You might have a hidden gem in your basement that’s been collecting dust for years.