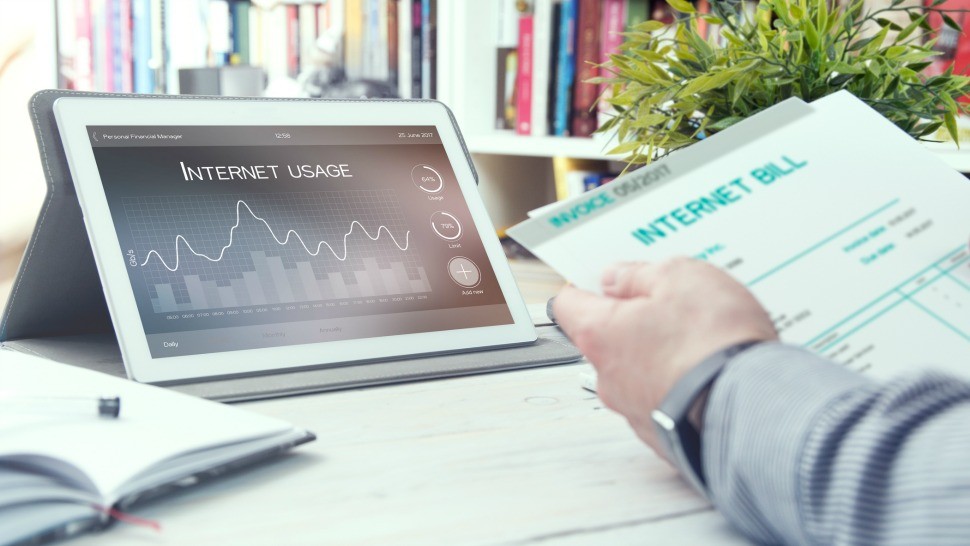 If you feel like you never have enough money, your two options are to make more or spend less. We tell you regularly how to make more money with second jobs you can work on your schedule. Today, though, we’re going to talk about a way to save money.

Now, it’s easy to look at your budget and think you’re saving money every way possible. You shop with coupons at the grocery store, you search hard for the cheapest airline tickets, you’ve made your home as energy efficient as possible and more.

The only things left are essential services like your internet. However, you can probably save there as well, if you do these three things.

1. Know how much bandwidth you need

The amount you spend on your internet every month is tied directly to how much bandwidth your plan has. A 5 megabit-per-second plan is going to cost less than a 150 megabit-per-second plan. You probably already knew that, but what you might not realize is that you’re paying for a larger plan than you actually need.

Part of the problem is that when internet service providers promote internet plans, they talk about speed and buying a “faster” plan. Naturally, when you’re thinking of speed it makes sense that the plan with the higher number is faster. However, that’s not actually how the internet works.

When you see the number on your internet plan, such as 10Mbps, that’s actually referring to your plan’s bandwidth, not speed. Just because that number is higher doesn’t automatically mean you’re going to get faster service.

Let’s use Netflix as an example. If you’re streaming a movie in full 1080p HD, Netflix is sending you 5 megabits of data per second. If you have a 5Mbps internet connection, you can stream your video and it shouldn’t have a hiccup. Having a 100Mbps connection doesn’t matter because Netflix isn’t going to send you data any faster than it needs to.

As a side note on Netflix, it will match the video quality to whatever your speed is. So, you could technically have a 3Mbps connection and watch SD quality video, or even 1.5Mbps and still get an acceptable viewing experience, as long as you’re willing to wait a bit for it to load.

This same principle goes for other websites. Often, a website’s server is going to send you data at a lower bandwidth than what your connection can technically handle. You might have a 40Mbps connection and connect to a site sending data at 2Mbps. That’s 38Mbps of bandwidth you’re paying for and not using.

There are exceptions, such as dedicated file downloading sites or internet “speed” tests that will use most of the bandwidth you have available. However, most people aren’t going to be using these that often.

So, why would you ever buy a high-bandwidth connection? In the previous examples, we were assuming that one person was using the internet and only doing one thing at a time. However, if you have two people in the house watching HD Netflix movies at 5Mbps a stream, then you’ll need a 10Mbps connection to handle both.

Throw in someone browsing the internet while streaming audio, a computer backing up files and some mobile gadgets updating apps, and you need more bandwidth to handle everything going on. If you run out of bandwidth, your internet activities will slow down because data has to wait its turn to travel through your connection.

If you want a more accurate number, install a bandwidth monitoring program like NetWorx on your computer. Then load up most of the sites your family uses at once. Stream a Netflix video, a YouTube video, fire up an audio stream, start browsing websites and downloading files.

Look at how much bandwidth it says you’re using. Note that the number will be in Megabytes per second, not megabits. To get the megabits number, which is what your ISP uses, multiply the number by 8. That will give you a rough idea of what bandwidth you need. Learn more ways to keep tabs on your home bandwidth, and how to pinpoint who might be hogging it.

Of course, if you need more bandwidth than you’ve got already, or you’re already at your provider’s lowest tier, there’s another option.

Switching internet providers isn’t something to do lightly, but if you handle it right it can lead to savings. As an example, a 3Mbps Verizon DSL connection here in Phoenix costs $34.99 a month (when added to a home phone plan).

For that same amount, you can get a year of CenturyLink’s 40Mbps plan (+ cost of a modem, which is a $99 one-time charge or $8.99 a month lease). Now, after that year is up the price is going to skyrocket. However, you can jump over to another provider or downgrade to a lower tier plan.

You will need to pay close attention to contract lengths, setup fees and such to make sure you aren’t paying more than you think. Calling up your provider’s customer service can often net you some savings as well, as we explain this article on lowering your cable bill. Plus, there’s one more thing you can do to save.

3. Buy your own cable modem

You probably noticed above we mentioned that switching providers will tack on a one-time fee or monthly lease for modem hardware. What you might not know is that whether or not you switch providers you’re paying a monthly fee for your equipment. You can even end up paying this fee long after you’ve paid the cost of the hardware itself.

That’s why we often recommend you buy your own hardware. It will usually end up paying for itself within two years, and modems typically last four or more. Your internet provider will have a list of compatible gear on its site.

If you’re planning on jumping around providers, find hardware that’s compatible with most of them. The Motorola/Arris Surfboard modems are usually a solid choice. Learn more about buying your own cable modem.

How to save money on your cable bill

5 ways to drastically reduce your smartphone data use