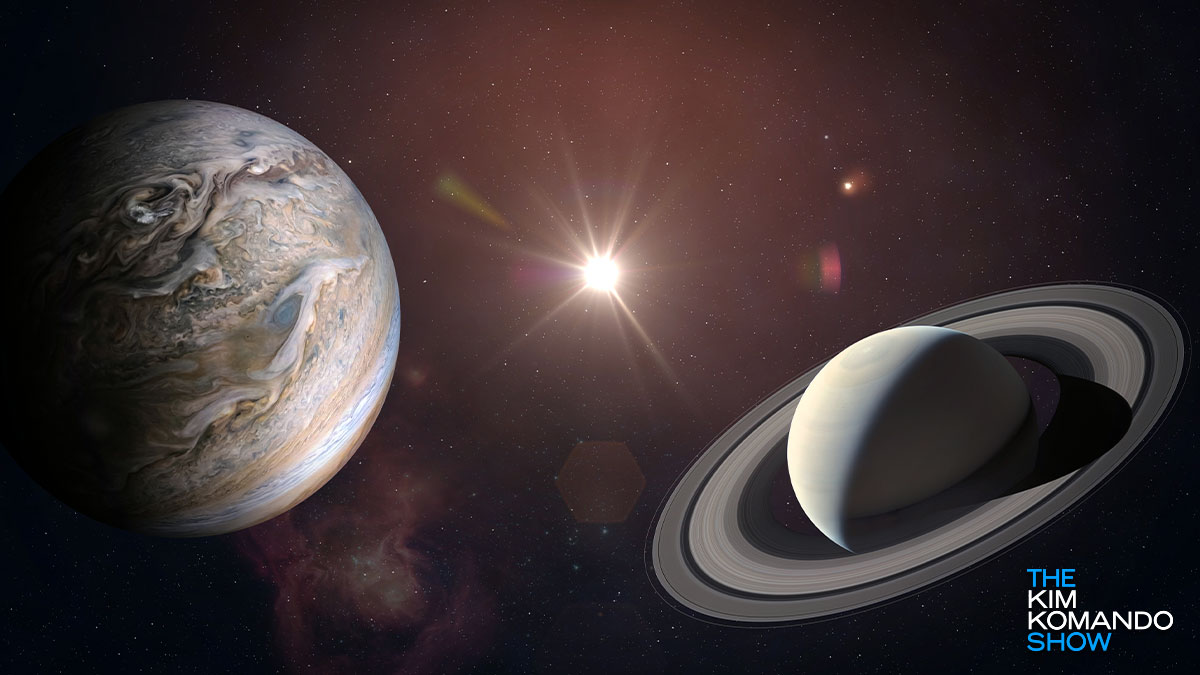 If you had to describe 2020, you probably wouldn’t say that it was the year the planets aligned. That phrase is reserved for use in good times, and the past year hasn’t been a lucky one for most.

But while things haven’t exactly fallen into place for 2020 thanks to the pandemic, we will be closing the year off with a spectacular space show in which everything lines up just right. Later this month, two planets in our solar system will align, creating a double planet for the first time in 800 years.

Perhaps planets aligning is a good omen for 2021? Either way, it’s a rare event and you need to make plans to watch. Otherwise, you’ll have to wait around for another 400 years for it to happen again. Here’s what you need to know.

Related: The stargazing app millions of people are using

The planets are finally going to align

Want to watch a double planet in action? Look up at the sky just after sunset on the evening of Dec. 21, and you will see a rare alignment of Jupiter and Saturn take place. That evening, the two planets will appear closer together than they have been since the Middle Ages.

Planets in our solar system only align every 20 years or so, and the last time these two planets were this close together was on March 4, 1226. In other words, these planets won’t align again in your lifetime.

This event won’t just align Saturn and Jupiter, either. It will make the two planets will look like one single point of bright light in the sky. But while the event will make Saturn and Jupiter look like they’re a double planet, the gaseous planets are still going to be hundreds of millions of miles apart, according to NASA.

The event has been dubbed “the great conjunction,” a nod to Jupiter and Saturn being the biggest gas giants in our solar system.

There has been quite the intergalactic build-up to the big show. Jupiter and Saturn have been making moves to approach each other since the summer, slowly inching closer together months before the final show.

Related: Watch the sky with these astronomy apps

How to watch the planetary display in action

Want to check out the show? Dec. 21 will be the optimal time for seeing the double planet. However, the two planets are actually going to be separated by less than the diameter of a full moon from Dec. 16 to Dec. 25, so you may want to gaze up at the sky a few days before the finale.

You’ll need to use a telescope or binoculars to view the planets, but you’ll get a bonus show, too. Not only will the Saturn and Jupiter double planet be visible, but so will several of their largest moons.

You’ll have the best vantage point if you’re in a location near the equator. Don’t panic if you’re in a different spot, though. You can still see the event from anywhere on Earth as long as the weather is good.

The best time to see this happen is in the western sky shortly after sunset. The phenomenon will be visible for about an hour after the sun goes down, so grab your telescope and head outside right after the sun sets.

If you miss it, your only other shot at catching Jupiter and Saturn this close together will be on March 15, 2080 — and the planets will be much higher in the night sky, making the view less accessible to sky-watchers on planet Earth. If you miss that show, you won’t get another shot until after the year 2400.