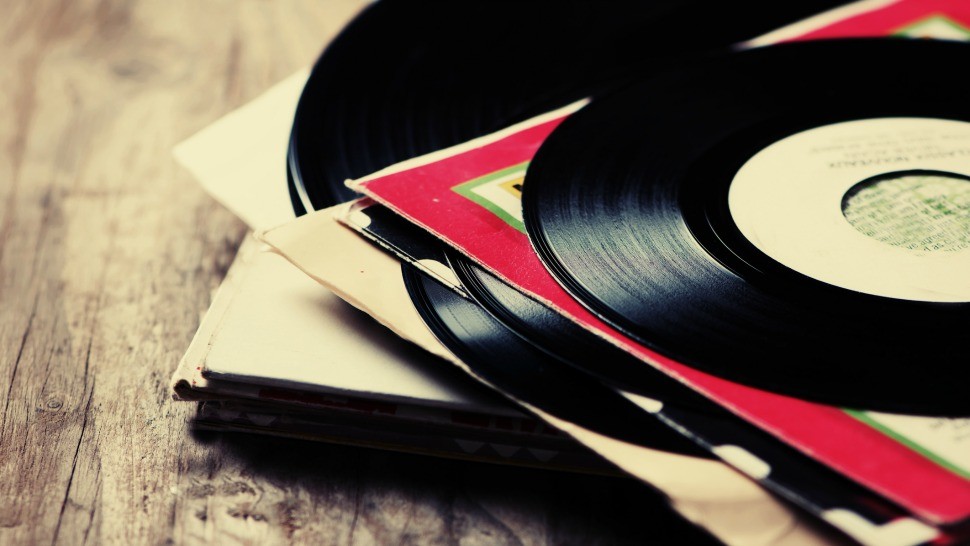 Streaming music may be the quickest and most efficient way to listen to a song you like. But nothing beats the sound of vinyl, which turns listening into an experience. Check your attic and cupboards because you might have one of the most valuable vinyl records of all time.

People won’t stop being passionate about audio quality anytime soon. That’s why records, headphones and Bluetooth speakers are so popular. You can even elevate your home theater with these five great soundbars.

That’s why people still buy records. Very rare editions could be worth tens if not hundreds of thousands of dollars. We found a shocking list from Digital Trends that exposes the most expensive records ever sold.

Only nine known copies of A&M Records originally pressed 25,000 copies of  “God Save the Queen”  but now only nine copies are known to exist. The Sex Pistols spent a very short amount of time with this record label and once they parted ways, the company destroyed most of the copies. The single was re-released by Virgin, which makes the A&M version rare.

There’s only one known copy of this record still in existence. It was released in 1966 and purchased in 2002 for only 75 cents. Later on, it sold on eBay for $25,000! The songs on the album were recorded by Norman Dolph, who is said to have accepted an original piece from Andy Warhol (who managed the band at the time) as payment.

Only one copy of this album was ever made! Jarre, a French composer, created it as a part of an art exhibit with a supermarket theme. The exhibit was in Paris in 1983 and that year it sold for $14,000, which would be about $33,500 today. Jarre actually had the record’s master tapes and plates destroyed so that the album could be as limited as the exhibit.

If you’re a Bob Dylan fan then you probably already love this record. But did you know that the original version was only released in the U.S. and had four extra songs? It was retracted and included versions of  “Talkin’ John Birch Blues,” “Rocks and Gravel,” “Gamblin’ Willie’s Dead Man’s Head,” and “Let Me Die in My Footsteps.”

There are only two known copies of this record still in existence and one of those copies was sold for $37,000 back in 2009. This 1960s soul record was mostly played in Northern England. The fact that it was originally released by a U.K. record label (whereas most soul artists were signed to labels like Motown) is one of the reasons why copies are so rare.

Only five test copies of this album were created as a part of the original release in 1994 but the project was abandoned. The completed album was re-released in 2014 and critics praised it. Markus Persson, the creator of Minecraft, purchased one of the test copies for $46,000.

Joe Brussard, an octogenarian famous for his record collection, owns more than 15,000 records. He was once offered $70,000 for this particular record, which is the only known copy.

As a 78-rpm record, it’s rare because it was one of the first albums recorded electronically with microphones amplified by vacuum tubes and then cut to vinyl.

So far, this list of the most valuable vinyl records has been less than $100,000

Now, it’s time to move onto the big leagues. We’re about to share some six-figure vinyl records that might be hiding in your home. So it’s time to scramble around your old collectibles.

If you have any of these records, you could be a few hundred thousand dollars richer. Try not to faint if you find any of these. You might land on the old records and damage them!

Before we tell you which are the three best-selling records of all time, here’s another word of advice. You should also look for old toys and video games since collectors will pay top dollar for them.

You won’t believe how much your old toys could be worth.

The Quarrymen, That’ll Be The Day/In Spite of Anger acetate is one of the most valuable vinyl records — $250,000

Before forming The Beatles, John Lennon and Paul McCartney were band members of The Quarrymen. In 2012,  Record Collector Magazine valued this one-of-a-kind record at about $250,000. Paul McCartney owns the original disc but he had 50 copies created in the 1980s, which are each worth $10,000-$13,000.

This is Elvis Presley’s first recording ever. The track was recorded in Memphis and released in 1953. Jack White, of the rock duo The White Stripes, purchased it in 2015. Then, he reproduced it and released it on his own record label for Record Store Day that year. Record Store Day is an annual celebration of the culture of independently owned record stores.

When “The Beatles” album (a.k.a The White Album) was released, members of the band and executives associated received special copies with serial numbers. All of these copies are super valuable but copy number 0000001 is the rarest of them all. Ringo Starr owned it originally but he sold it at an auction in 2015 for $790,000. According to Guinness World Records, that’s the most anyone has ever paid for a commercially released album.

Dust off that old box of records. There could be one in your collection that is worth tens of thousands of dollars. And while you’re at it, check your attic for other old tech products that could be worth thousands.

Now that you know about the most valuable vinyl records, check out these tech tips

The best tech gifts for 2021 when money is no object